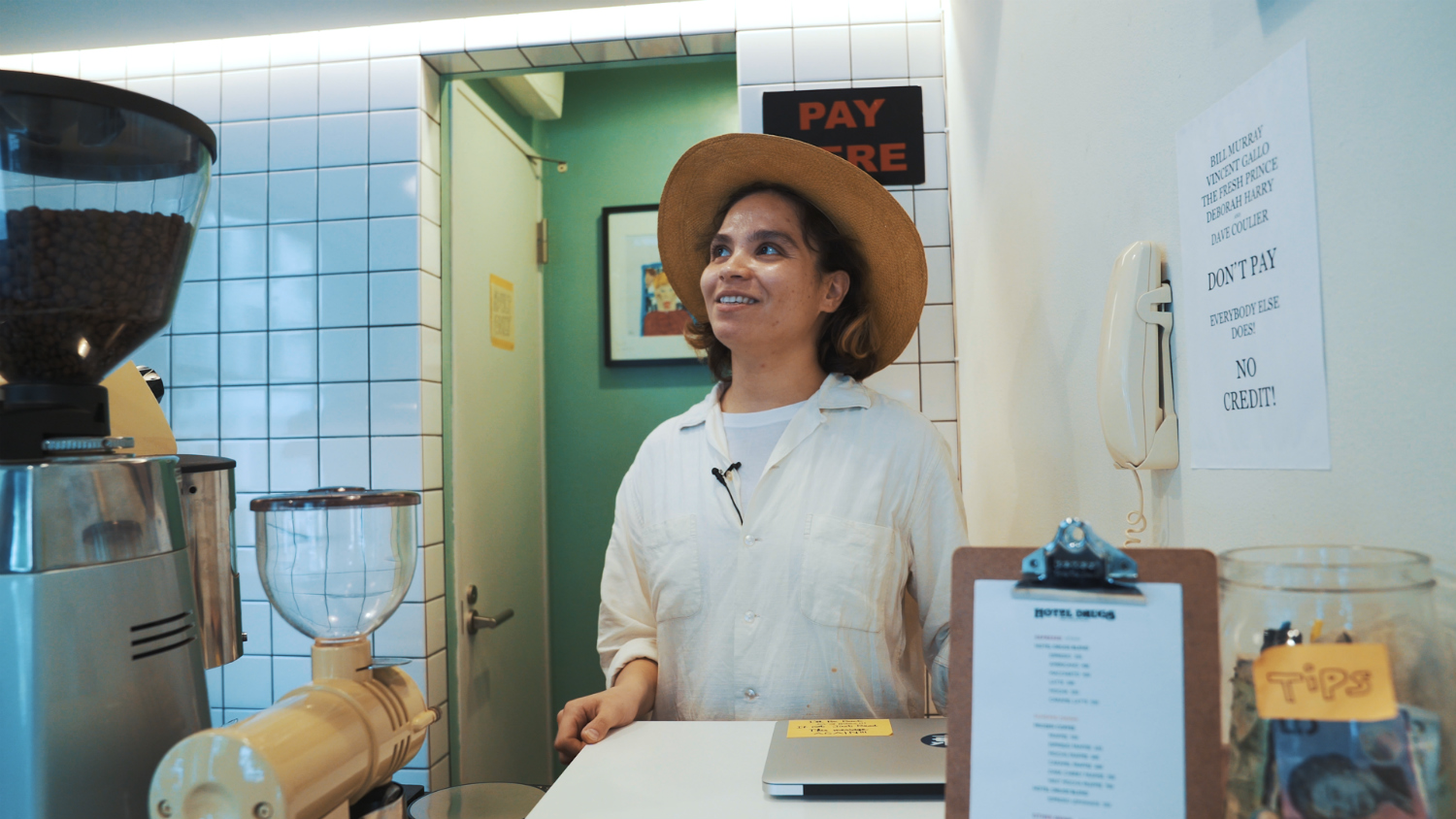 Hotel Drugs is a small café in Tokyo’s Harajuku district celebrating all things ’90s and post-internet combined. Pin badges, Hershey’s and viral memes collide. Before opening Hotel Drugs in 2015 Nathalie worked in advertising, and had the urge to challenge normative values and quit the rat race. Hotel Drugs was inspired by a candy shop Nathalie used to visit as a child, back in Nagoya. Stacked with Tic-Tacs, “Crest” toothpaste and bubble gum, it reminds us of another era.

A fair few cafés-come-candystores popping up in recent years as a renaissance of ’90s youth, when we were watching US shows and satiated with US culture before online ordering. We would dream of getting our hands on a Hershey’s bar or a Twinkie. So, as we grew, and the internet with us, this candy store longing became a kind of global-culture nostalgia. Now we have cereal cafés, Fluff and Reece’s Pieces all over, gradually working their way into this generation’s inner-child psyche

But what sets Hotel Drugs apart? Unlike some places, the sense of innocence of the Hotel Drugs café can be seen in the way Nathalie envisions it, and in the way it’s brought to life. She wanted to recreate this feeling, a quirky atmosphere from her memories of childhood. It doesn’t try too hard. It feels authentic.