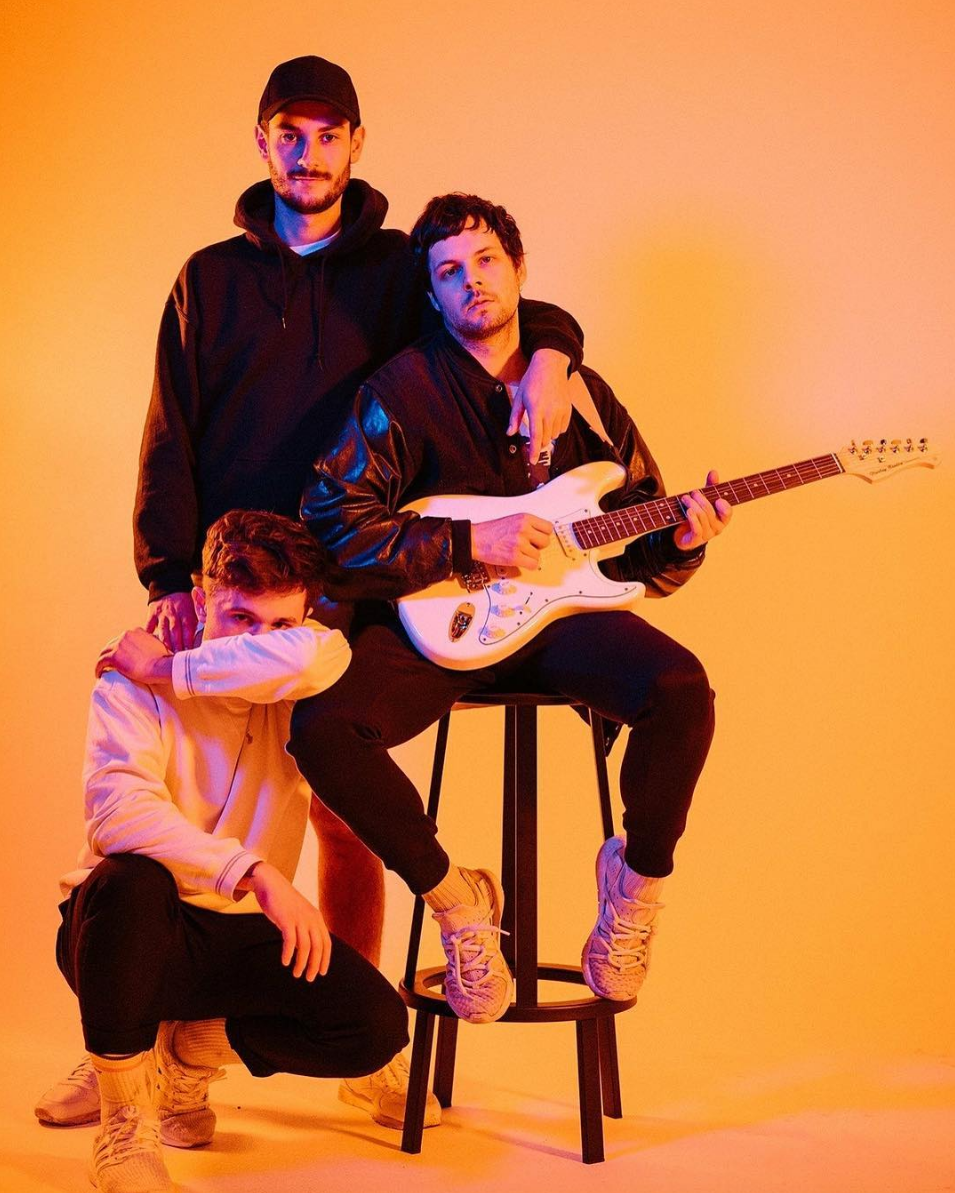 With ambitious videos and their post-pop catches, irony seeps from Black Chai Stevia’s veins, as much as from their music and their visuals. Black Chai Stevia is a Berlin-based group consisting of Cotto Okii, Cloud Mone¥ and DJ Blut, who had their first single “Hoodie” released under Island Records, Four Music and Bimmbamm in 2016 – and just released their new EP with an exclusive premiere on INDIE today. Although Patrick, Erik, and Christoph, which are their real names, hail from diverse musical backgrounds, ranging from Electropunk (Fckschsse) and Garagerock (Pabst) to beat production (BLVTH), they nail post-internet satire down to a fine art, making you rethink just about everything you digest in modern music. It’s a performance piece as much as it is a band.

“Behind your Lugano shades your eyelids hesitantly open. Heat haze distorts the view from your Palo Verde sun deck, obscuring the skyline like last night’s memories. Your head should be pounding but instead there is just the same sensation of dullness. You rub your eyes and look down. Is that a dead guy floating in the swimming pool? Who cares. How late is it, anyway? A look at your Rolex tells you: time is up.”

If you can relate to these lyrics, Black Chai Stevia’s music is for you. It is packaged as an eclectic fusion of “Post-trap, Cloud-rap, and PBR’nB”. Their ‘more or less’ German lyrics tell the tales of the top 10%, borrowing from the spirit of pre-alt-right Easton Ellis and Helene Hegemann, or Frank Ocean, looking into the drawbacks of material wealth. Together with frequent visual collaborators Felix Aaron and Andy Kassier, they aim to create a holistic project, with a strong DIY vibe.