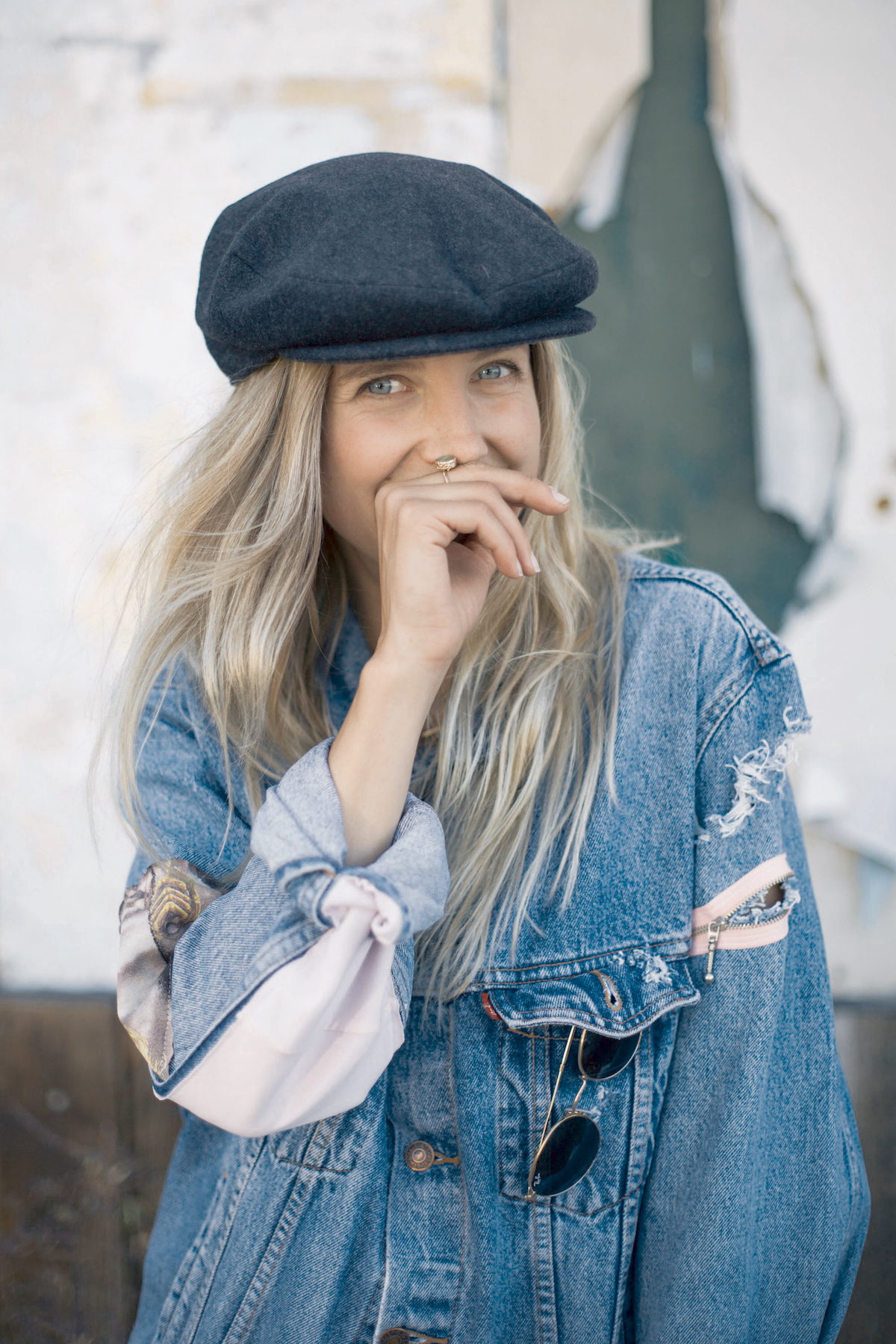 HEALED BY NATURE: NELLIE BENNER TRIPS FOR THE WORLD TO WATCH

Taking any drug for the first time can be a scary thing; taking drugs for the first time in front of a camera must be next level uncomfortable. However, this is what Nellie Benner does for a living. On the YouTube channel drugslab the 30-year-old sniffs coke, drops MDMA or smokes salvia while almost half a million subscribers follow her experiments, as well as those of her colleagues and sometime “trip-sitters.”, Rens Polman and Bastiaan Rosmann. The trio’s work happens in the “name of science,” as is stated in their channel description; it was, after all, founded and supported by the Dutch government. Amsterdam based Nellie didn’t always get high for the sake of education. She is an actress, a hobby painter, a mother of three cats, and, most importantly, qualified in the field of drama therapy, a skill that gives her an insight into what happens in the human brain when it is infiltrated by foreign substances. You could almost say that she performs a modern kind of psychological self-study.

Don’t you feel weird when you take drugs in front of a camera, knowing that thousands of people can follow whatever might happen to you? Particularly when it’s your first experience with a drug!

Yes, but I think that’s part of the power, because we aren’t people that have already tried everything. Every reaction is so pure: sometimes overwhelming, sometimes fun, sometimes difficult with the camera because there is always a lens in front of you – however, if you say something really intimate or too private, they just cut it out. Most of the things are new to us and we show the unfiltered version, and that’s ok. You actually learn things from the videos!

On the show you’ve also tried some natural drugs like magic mushrooms, DMT and salvia. You weren’t such a big fan of one of them…

Yes, salvia was horrible. I was in so much pain because my microphone was pressing into my belly, but I couldn’t make the connection between me tripping and the thing that was sticking into my torso. I was aware that I was on salvia; I just could not control my fear and the way I was expressing myself. The whole time I was thinking “Can they see that I’m really scared?” I was feeling a lot of very strong emotions; it was overwhelming. But it didn’t give me any euphoria. It was just a mind-fuck.

Did you learn something from the bad trip?

It was a good lesson, and important for me to experience something like that– I had never had a bad trip before. It gave me a lot of empathy towards people suffering from psychosis, when you think something is real but nobody else can see or feel what’s happening to you. I was just happy that it only lasted for five minutes. However, some people say that what you get from a trip is what you need in that moment, so maybe it was a formative experience.

Could you also imagine that you would have something like a proper plant medicine ceremony on your channel?

We’ve discussed this a lot. There was a shaman who wanted to do an Ayahuasca ritual with us. But it didn’t seem right, especially because at that time my mom had only recently passed away – it was too soon. Ayahascua brings you straight back to your past and you process a lot of things, maybe even things you weren’t aware are there. You need to be stable to experience something like that. A lot of my friends who tried Ayahuasca spoke to their loved ones, so now I’m really interested in trying it, but in a safe environment with a good shaman who can comfort me.

Many natural drugs can have a transformative, spiritual effect on your life– have you ever felt like that with one of the plants you tried?

With the mushrooms it felt like mind-walking, it was so pure. When I hosted the show I used to feel insecure and ask myself why people wanted to watch me, or why they were interested in me. When I ate mushrooms, I was laughing, I was crying, I said whatever I wanted: I was unfiltered. And I realized that the best version of me is just me, that when I don’t think about how I should behave or what I should say, then everything’s good. Sometimes it’s just good to lose control a little bit and to not judge yourself –especially when you’re on something. Just be good to yourself and try to enjoy it.

FIND OUT MORE ABOUT NATURAL DRUGS IN OUR SERIES: ‘HEALED BY NATURE’