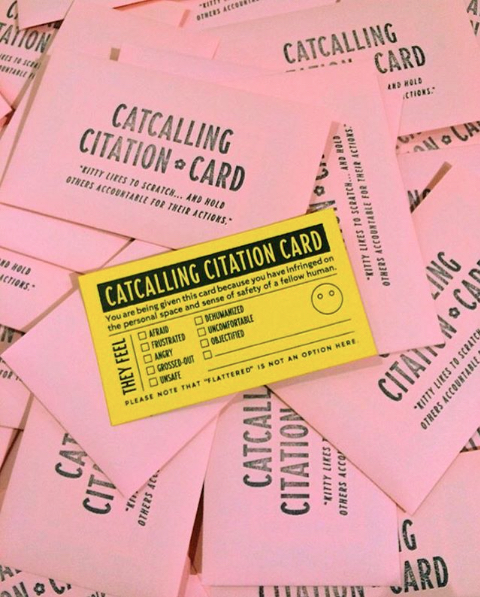 FOUR FEMINISTS WE SHOULD ALL BE TALKING ABOUT RIGHT NOW

Feminism is seemingly becoming more and more championed – we have managed to overcome the 3rd wave of feminism by challenging sexual division of labour within households. Our mothers raised self-aware, articulate and empowered daughters by tackling the patriarchy with irony. We’re now in a hurry to triumph the 4th wave. So, if you too sometimes find yourself questioning the good in humanity, don’t worry you’re not the only one.

The need for feminism prevails in tons of forms – it can be down to you no longer wanting to uphold a deadpan stare as you’re getting catcalled by the local builders on your estate, or having to fake being outwardly shocked when you see yet another woman step forward to explain her sexual harassment encounter. You could just be getting damn right fed up of explaining to self-righteous twenty something year old’s who plead “women should just give it up already, they wage gap barely even exists anymore” (even though it so obviously does) – so when you’re left speechless by all the above, just remember the work of the boundary-pushing feminists below.

Due to the mere amount of women who are taking to the media to speak up about their repressed memories of rape, abuse and harassment by Mogul Harvey Weinstein, Cameron Russell is helping others voice their truths. The American model and political activist has recently used her Instagram account as a platform for young girls to share their personal encounters of sexual abuse and harassment within the fashion industry. Russell’s first post was story shared by a close friend of hers, bringing to light the indiscretions of a male photographer towards her then 15-year-old self.  The single post manifested into a swarm of sickening screenshot stories; all shared by models who have experienced similar scenes of unwanted “groping, spanking and pinching” within the industry.

Most of the anonymous abusers continue to target young girls that move to New York and London where they plan to live out their modelling dreams. Unacquainted and uninformed on how the fashion industry works, many of these girls have been tricked into stripping naked for “personal photo shoots” orchestrated by questionably professional photographers. Russell aims to work with an investigative team of casting directors and lawyers to support those who have suffered and to protect them in the future, “while working to ensure this culture of violence is shaken to it’s core”.  So if you have experienced sexual harassment of any kind in the workplace and want to share your story, take to Instagram and send your story to Cameron Russell. Don’t let your experience go unheard: #MyJobShouldNotIncludeAbuse

The London-based filmmaker Jade Jackman fights for feminism and political justice through her storytelling videos. She exposes the unseen truths on the abusive behaviour towards asylum seekers in the UK. The government detains refugees in removal centers awaiting to flee them back to their home countries. These women are not criminals yet  they’re kept incarcerated. Jackman’s deep concern for women’s rights and social justice pushes her to act and speak out about all the traumatic incidents women experience. A politically empowering feminist that fights to protect women of all colour and backgrounds thanks to her simplistically emotive art-form.

Feminist activist, Laure Salmona has recently launched a petition working towards the abolishment of rape culture. She actively states that “it is time to end rape culture that fosters an environment in which it is okay to minimize, excuse and perpetrate sexual violence. It’s time to put an end to the immunity that famous men who rape, assault, harass, and kill women and children without it getting in the way of their careers enjoy”. Furious with the never-ending claims of sexual abuse and indiscretions towards young women often perpetrated by highly respected men, Salmona has decided to take matters into her own hands.

Recently, film director Roman Polanski attended a retrospective of his life’s work in Paris. Polanski is currently wanted in the US on charges of raping a 13-year-old girl, in 1977. The director admitted to raping the minor but then immediately fled to Paris, where he has continued directing “iconic” movies. Due to his high status as a director, and humanity’s unceasing obsession with money over morale, he walked free to an unscathed career. The retrospective sparked outrage among women’s rights campaigners, so, leading French feminist organization “Osez Le Feminisme” protested outside as their petition failed to cancel it. They told others, “It’s an affront to all the rape victims, and particularly Polanski’s victims” and posters read “Polanski deserves dishonour, not honours”. Change within this disgustingly corrupt industry needs to starts somewhere and we’re hoping it’s with Salmona’s petition.

This Saturday, catch our film fest from 1-2:30pm at Copeland Gallery as part of @peckhamfestival! We’ll be exploring British women of colour in film with short films followed by discussions on what it’s like working in an industry that is overwhelmingly white and male. Admission is free and no need to buy tix – just roll thru on the day! 🎥🎥🎥

Frustrated by the lack diversity at Bristol University, Liv Little, the founder of online and print-magazine gal-dem wanted to reach out and engage with women of colour like herself. The magazine is a creative collective that discusses ongoing issues ranging from why women of colour are underrepresented within the creative industry to opinionated articles, calling out companies like Dove for their clearly racist ads. This zine not only offers eye-catching visuals but also homes in on discussions that the mainstream media doesn’t represent. Launched in 2015, gal-dem’s team is growing faster than ever, with over 70 contributors writing in weekly. Being voices that won’t be silenced and coming from all walks of life, these women and non-binary people of colour not only offer abundance giggles on their online and annual prints, but also keep followers up to date on their comedy nights, political panels, film festivals, and bi-monthly gal-dem sugar club nights. Is there anything these feminists can’t do?

Header Image via Got A Girl Crush