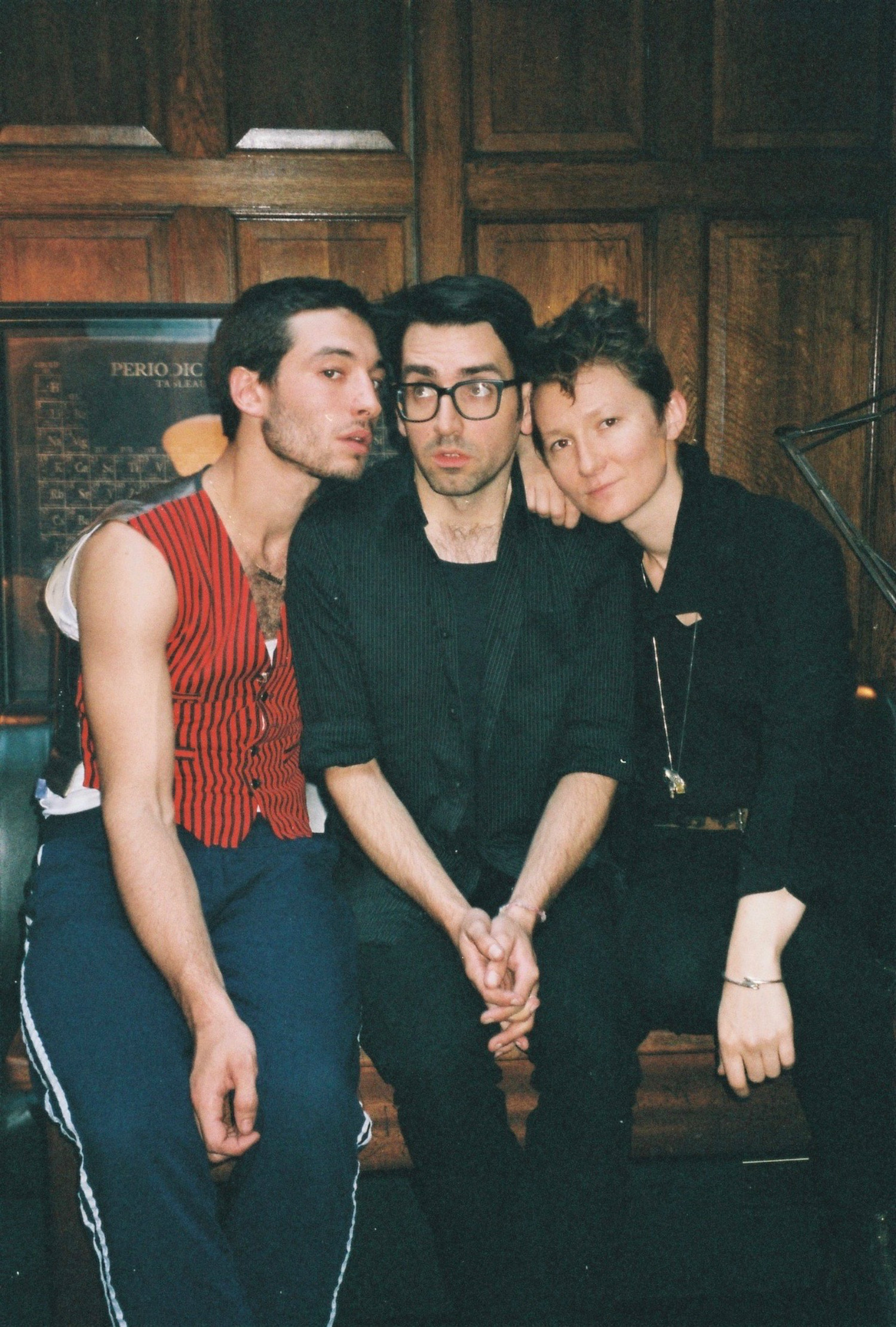 In the wake of the Orlando Pulse nightclub shooting earlier last year, LGBTQ+ communities across the globe were left shaken. Whilst the tragedy targeted a specific gay scene in the US, queer identifying people were left feeling helpless at the realisation that their safe spaces could also be infiltrated anywhere, at any time. Following their recent London headline show INDIE Mag caught up with Lilah Larson, Ezra Miller and Josh Aubin to take a few cheeky snaps and chat about their recent release titled “U.S.Gay”; a defiant anthem written as a reaction the news of the attack. 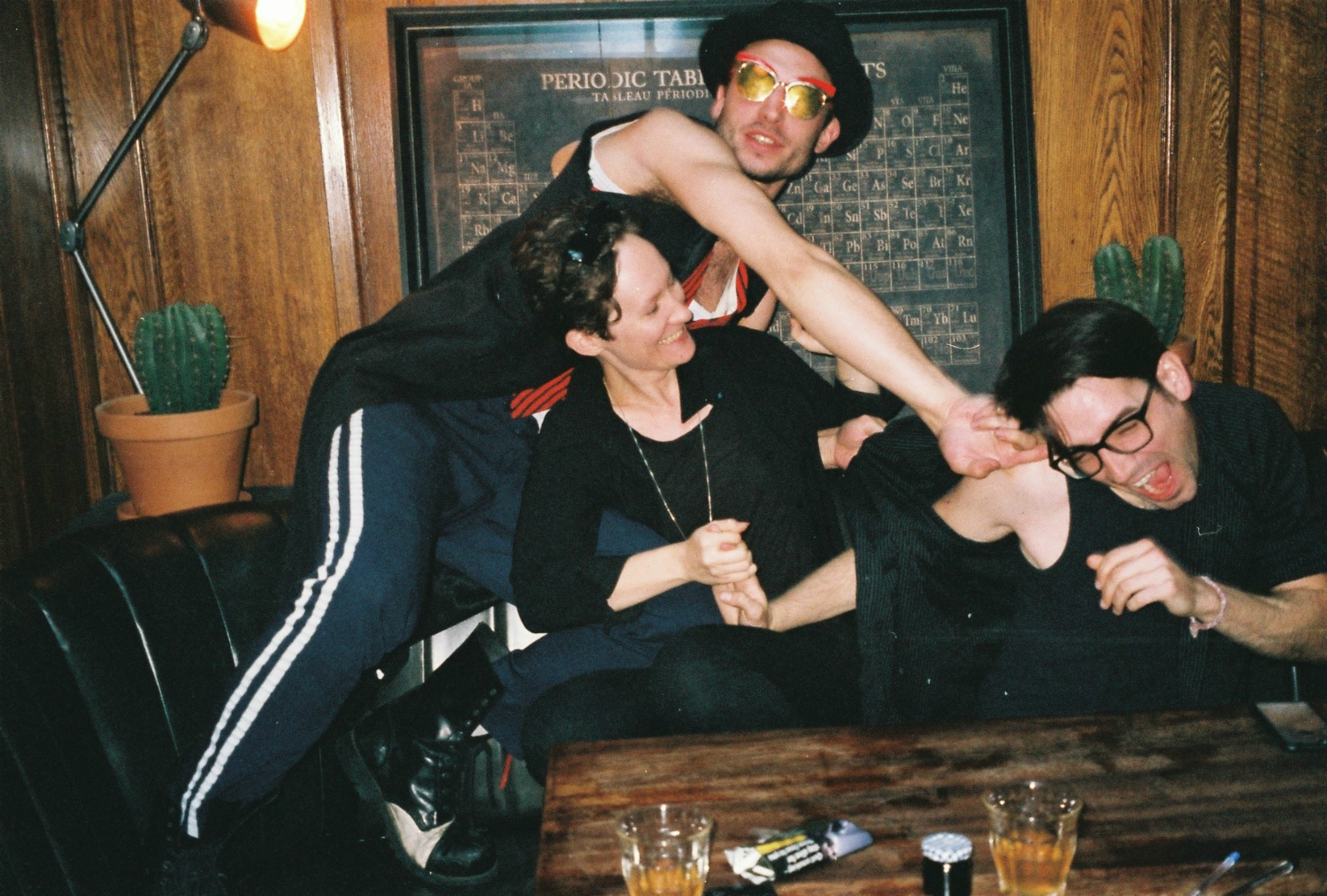 How do you think that art and music can help heal in the wake of tragedy?

Ezra: I would say that I don’t know how to deal, I don’t know how art and music or anything makes it possible to deal, it all seems insufficient. But it’s the tool we have. It’s a means of processing. So there’s not much hope in it, but there’s the possibility of transformation. I do sometimes feel that this world isn’t gonna get better, but I do feel it could become a different one.

Lilah: I think that sharing one’s experience through these mediums allows for people to identify with an artist or song or sentiment and then feel a sense of community with those who also identify. And community is healing.

Ok, so do you think communities are the key for the world becoming different?

Lilah: I do think that communities are the key. People need a sense of belonging. Something to collectively believe in and collectively commit themselves to. Otherwise they rely on constructed, toxic alliances like “whiteness,” “wealth,” “maleness,” and nationalities. I think all of those identifications come from a lack of connection to true community.

Ezra: Sure I do think communities are the key to transforming society as I think individuals are they key to transforming communities. Society is, after all, made up of communities which are in turn made up of families and individuals. Maybe we should be thinking about how the organs that make us up can change, or the cells within them, or the organs of those cells. focusing on the microcosms wherein we can affect the world we want in our immediate surroundings allows us to develop sturdy understandings of what that really looks like and how we can actually get there, as people and then as groups of people and then as a planet covered in people. When I say I see the possibility of the world becoming a different one, that sort of transformation can be a result of this sort parasympathetic influence. Sometimes in a fractal system you need only affect one layer to alter the shape of the whole system. 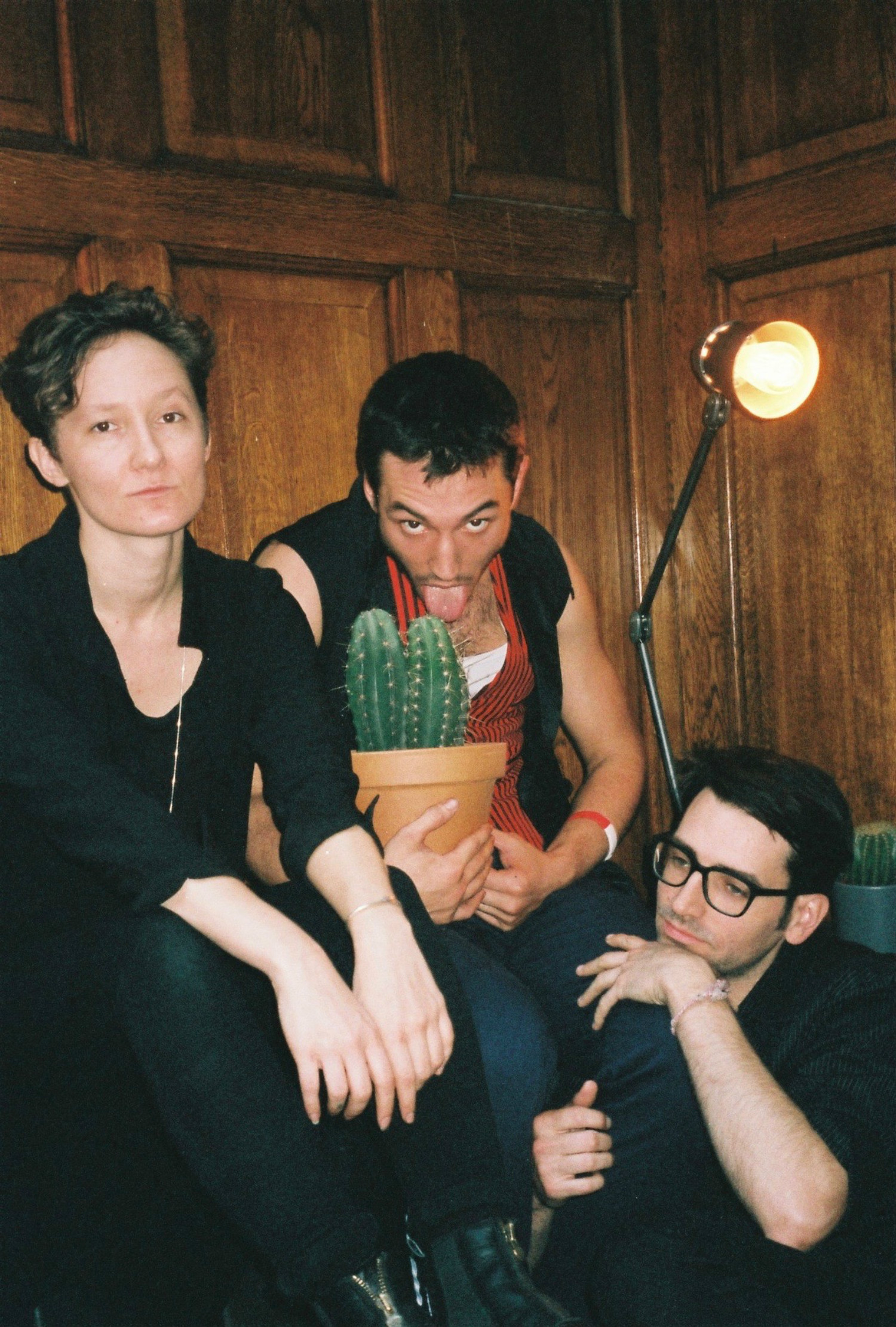 Have you ever experienced a gig or piece of music that made you feel hopeful about the future?

Lilah: Many, many times. Most recently we happened upon a Charismatic Megafauna show and I truly believed that they might smash the patriarchy with their drumsticks.

Ezra: I again wouldn’t say hopeful because hope to me is a dualistic word that implies despair. I would say that music, throughout my life, has filled me with determination, given me courage and preparation to show up to the future the way I wish to. I don’t want to deal in hope. I don’t want to give it. I don’t want to get it. If music is trying to give me hope, it’s not on my playlist. I want music to move me into the real.

Are you into any other bands that are working hard to fight the patriarchy? Or any that moves you into the real?

Lilah: Really appreciate Princess Nokia out there literally smashing the faces of misogynists as well as throwing hot soup in the face of racists. Google it. Beautiful. 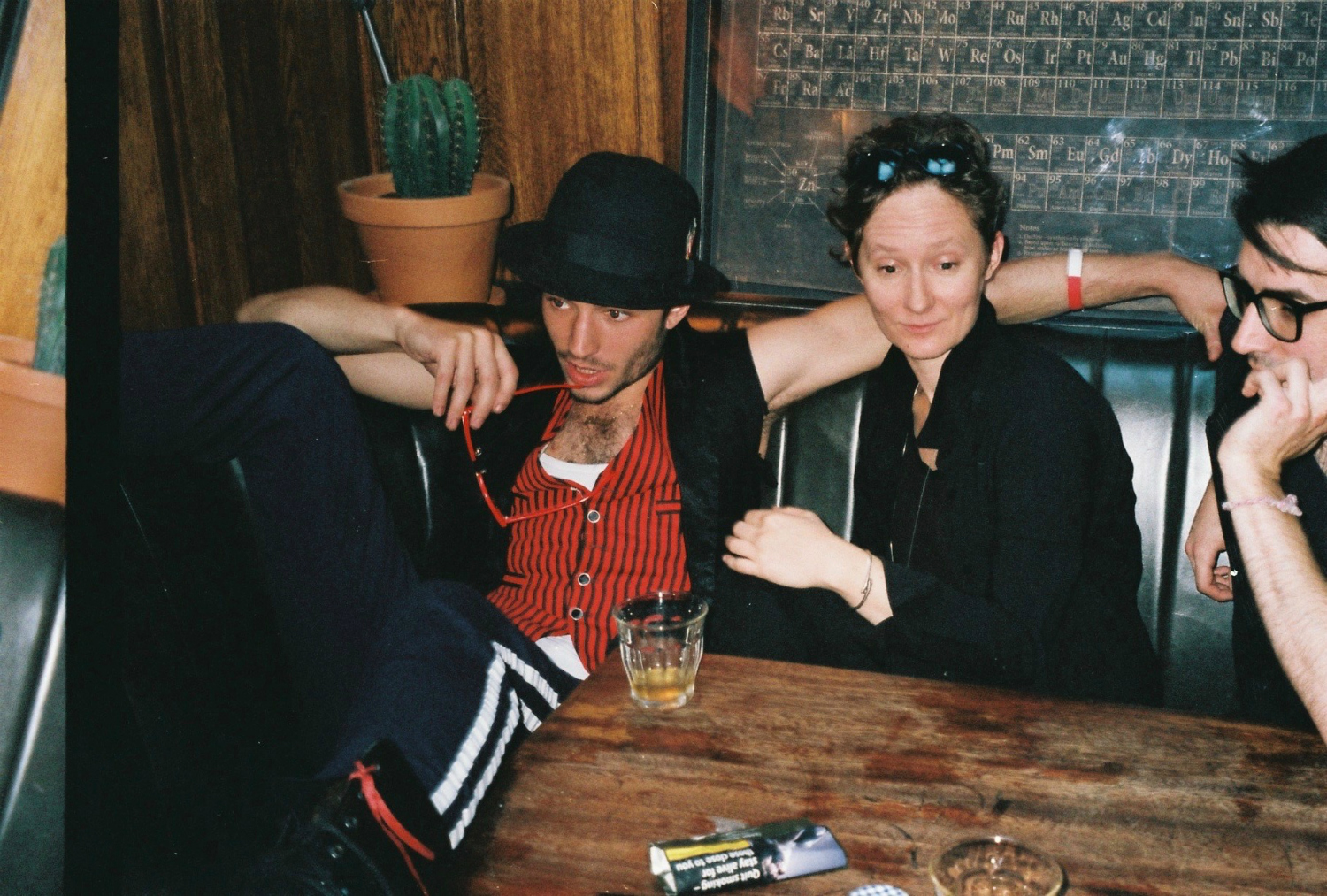 Apparently you’re currently working on some new music of your own here in London. Could you tell us a little bit about what we can expect from your upcoming tracks?

Josh: We played around with synths and drum machines a lot more for the upcoming stuff, so it definitely has a more electronic tone and feel. Our song writing process also continues to become more and more of a collaborative effort, and that is translating more into the music as well.

Ezra: It’s a challenging record. Expect a grieving process of sorts. The beginning of the record is somewhat brutal in its themes and relentless in its twisted methods, but for those who can ride it out, it’s actually quite sweet.

What went into writing a Sons From An Illustrious Father song?

Josh: Too many things to know anymore. I’d liken songwriting to cooking a perpetual stew.

Ezra: It’s pretty much the same ingredients as how you make Power Puff girls. 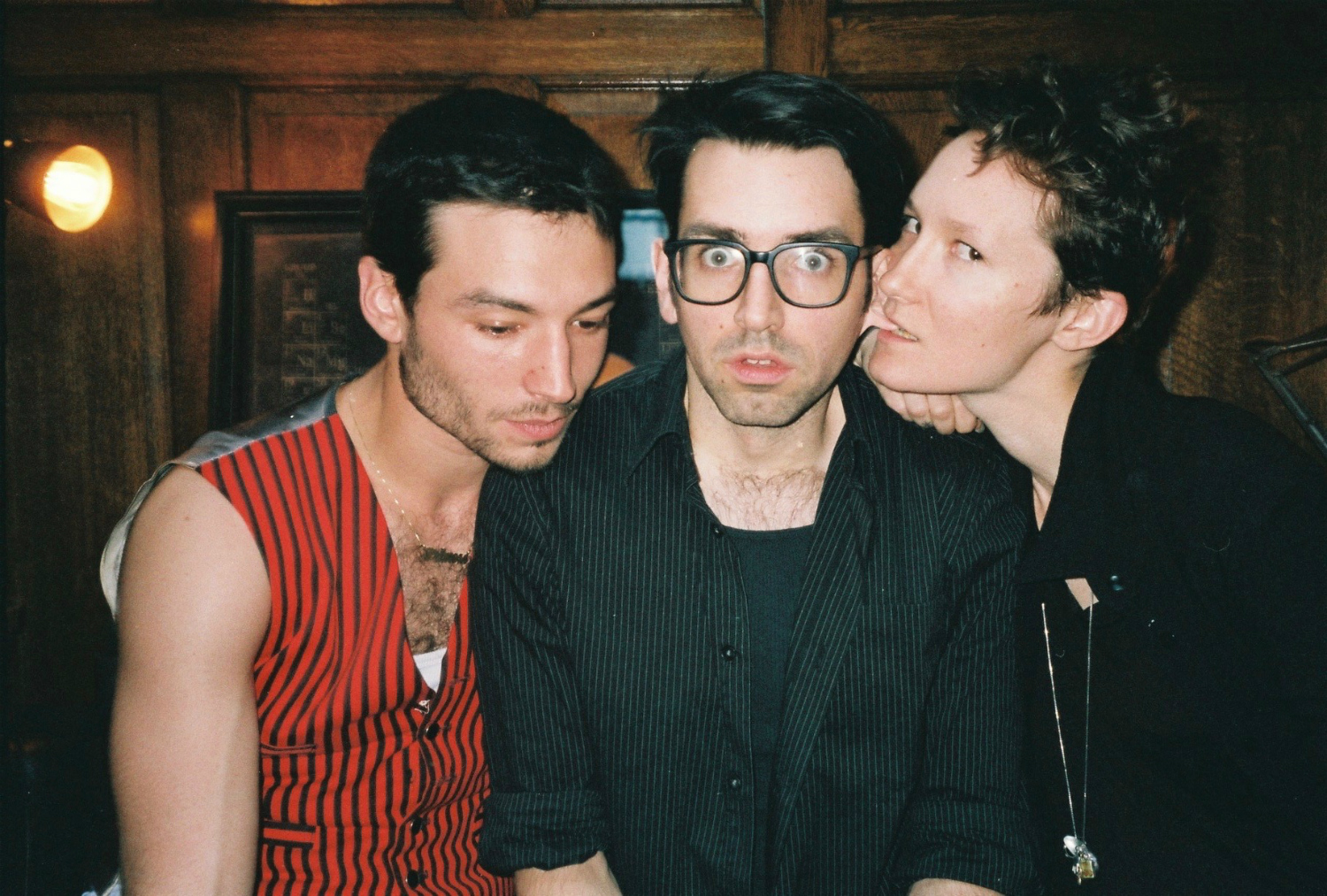 How would you describe your sound to a stranger?

Ezra: I wouldn’t. Usually we just say nonsense things like dad rock or Fleetwood MacBook Pro, but the joy of our work has largely been in defying category and genre.

Are UK crowds any different from those overseas?

Ezra: Crowds are a little different every night in every place but we’ve found U.K. Crowds really receptive and excitable.

Lilah: They also tend to have better accents. 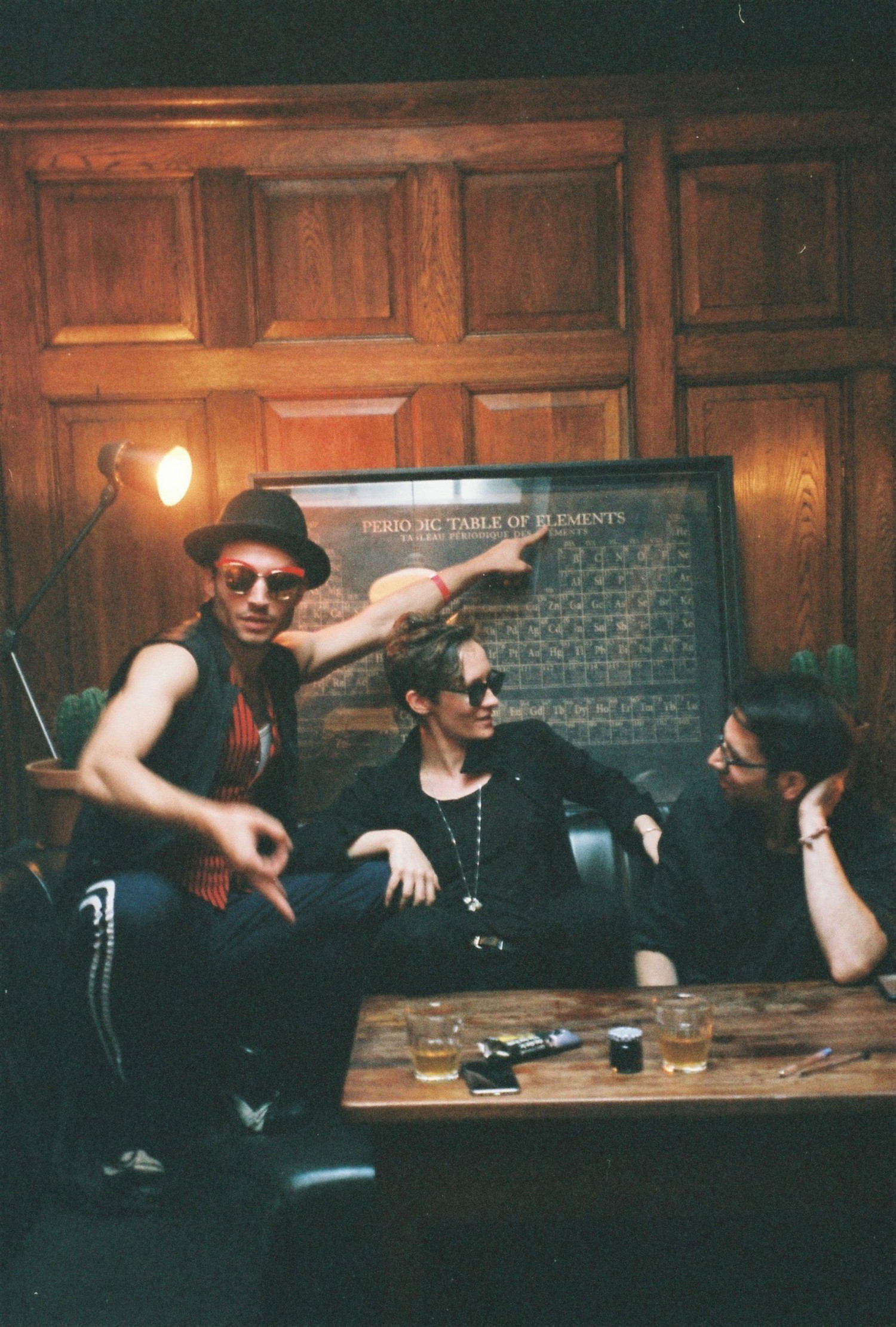 How did you guys meet anyway?

Ezra: Lilah and I met in middle school. Josh joined the band as a touring bassist and stayed forever. 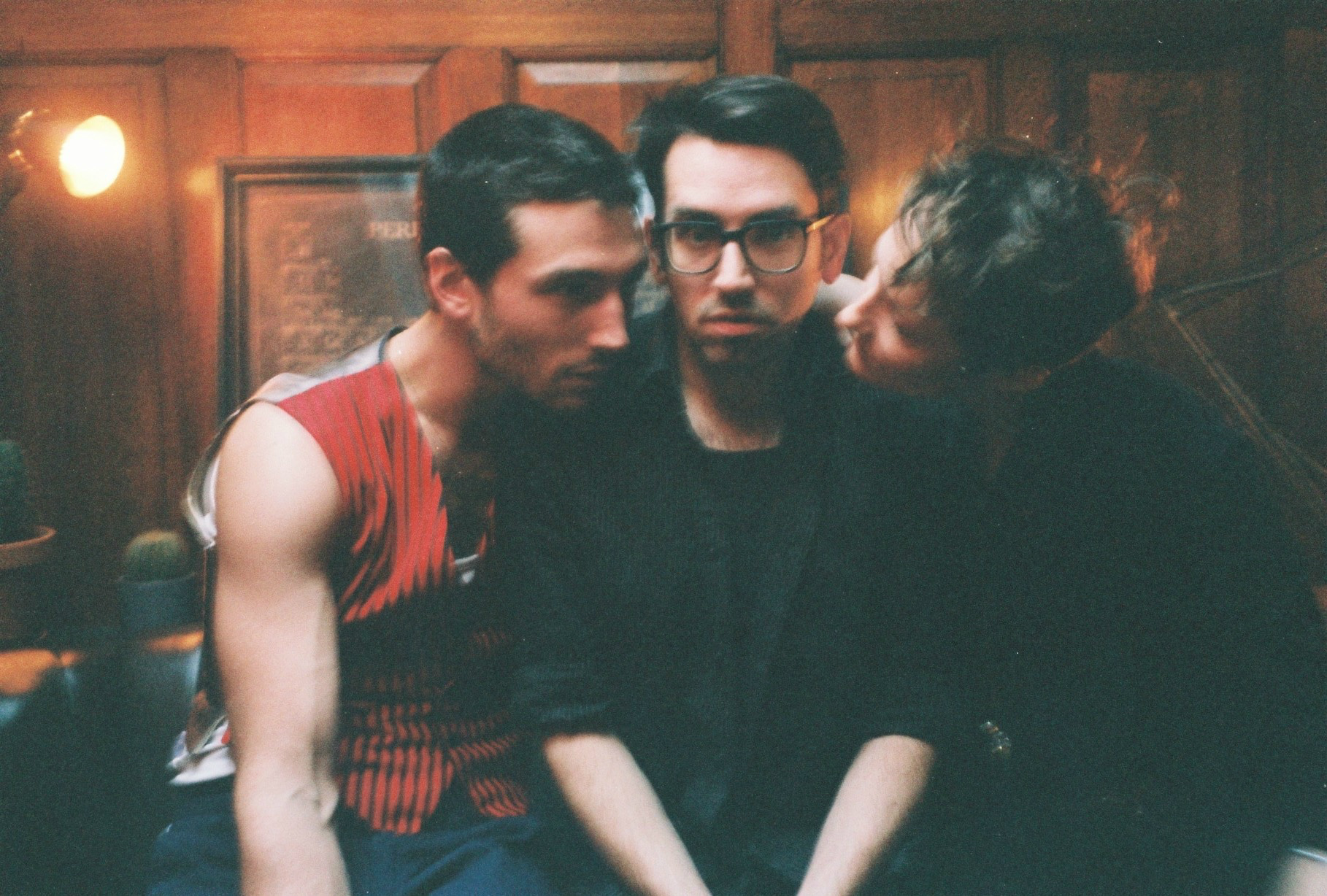