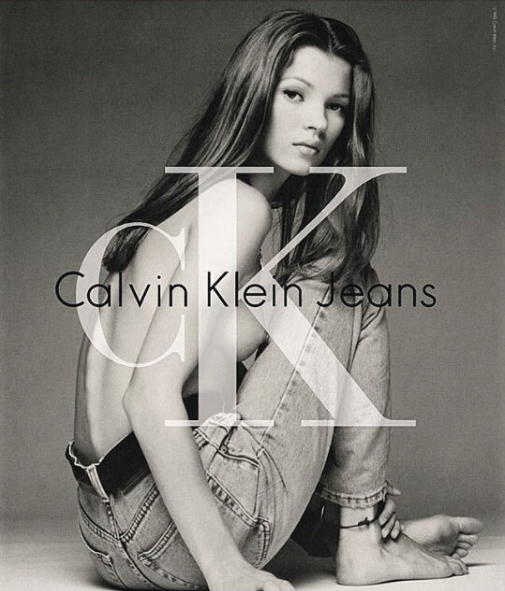 THE CONTROVERSIAL EVOLUTION OF CALVIN KLEIN

It has never been quiet around Calvin Klein. The designer, the ad campaigns, even the name itself always knew how to garner attention – consciously set up to stand out, to revolt, and most importantly: to provoke. The name Calvin Klein has many faces – and not necessarily that of the designer himself. Rather, these two words evoke Mark Wahlberg, Kate Moss, or Brooke Shields; exactly because of the controversial ad campaigns they fronted, quickly making the brand and its models household names in fashion, culture, and beyond.

And despite an impressive 50 years of brand history, there still is an equal noise around Calvin Klein today, fuelled in 2016 by the appointment of Raf Simons as Chief Creative Officer and the Belgian designer’s first collection at the beginning of 2017. Although now, that buzz, which has always been more than anything built on controversy, especially is one thing: considerate. With Calvin Klein, the brand, heading into a new era, and Calvin Klein, the designer, celebrating his 74th birthday today we’re taking a closer look at the evolution of Calvin Klein – and one of the main themes both these icons share today: growing up.

When Calvin Klein in 1967 decided to take the industry, he took it right by storm: Starting with a collection of coats and dresses, he already made a million dollars in his first year of business and appeared on the cover of Vogue just one year later, quickly expanding his range with sportswear and lingery, and holding his first fashion show in April 1970. Klein may have introduced his line through products, but it soon became his advertising campaigns that held all these products together through distinct daringness.

In the 80s, the Calvin Klein product of desire was the jeans, with the then 15-year-old Brooke Shields starring in a Calvin Klein jeans ad, reciting the now infamous words “Do you want to know what comes between me and my Calvins? Nothing!” Envisioned by photographer Richard Avedon, the ad not only went down in fashion history for its provocative approach, but also guaranteed Calvin Klein just the attention the brand needed.

And although the promoted products changed, that notion of controversy stayed the same: In 1992 a half-naked Mark Walberg and Kate Moss appeared in the ad-campaign and TV-spot for Klein’s now iconic underwear range, soon after simply dubbed “Calvins” due to the designer’s branding on the top. Just a year later, Kate Moss had her second stint for Klein, fronting his fragrance “Obsession”, shot by her then boyfriend Mario Sorrenti during a vacation.

The 90s undoubtedly were the heyday for Klein. Apart from “Obsession”, he also introduced the unisex fragrance “ck one”, once again featuring Moss in the campaign. During a decade that was more than anything embracing sex-appeal – Tom Ford was the designer of Gucci from 1990 onwards, Helmut Lang combined his signature minimalism with a distinct dosage of nudity – as well as the notion of “heroin chic” in photography – think Terry Richardson or Juergen Teller – Klein’s unapologetic creativity did not only fit right in; it came on to significantly define the time and its imagery.

Looking back on his career today, Klein in a recent interview with the New York Times acknowledged this approach as one of the most integral aspects of his success: “If you start to think about what everyone else might think before you design something or put an image out there, you’ll never get anything done.”

But despite the brand’s undoubtable impact, there have also been dark sides to Calvin Klein’s shining career. As successful and, at least partly, celebrated his ad campaigns may have been, his fashion lines and runway shows never quite managed to get the same praise. In reviews, Klein often got accused of simply copying European designers like Helmut Lang or Armani with his designs, and in 2002, he sold and quit his company altogether.

His visual legacy, however, seems to succeed him to this day – with his original campaigns not only still standing very much out, but also in strong contrast to the brand’s aesthetic now, which often is being perceived as much more refined, even intellectualised, with Raf Simons at the helm. In a time when designers often only last for a mere two years at a fashion house, a change in aesthetic and direction after a few seasons has almost become the norm. We have seen it at Dior, at Saint Laurent, we have seen it impressively at Gucci – accompanied by an extensive boost in revenue. This shift in direction just feels so alien to the brand of Calvin Klein because the faces and feelings we associate it with still are so omnipresent and integral to pop-culture today.

As much as Calvin Klein is still rooted in sportswear and minimalism, Simons has also brought new impulses to the brand – which, for a label so heavily associated with boundary pushing and rule breaking as Calvin Klein, then again feels nothing but conclusive.