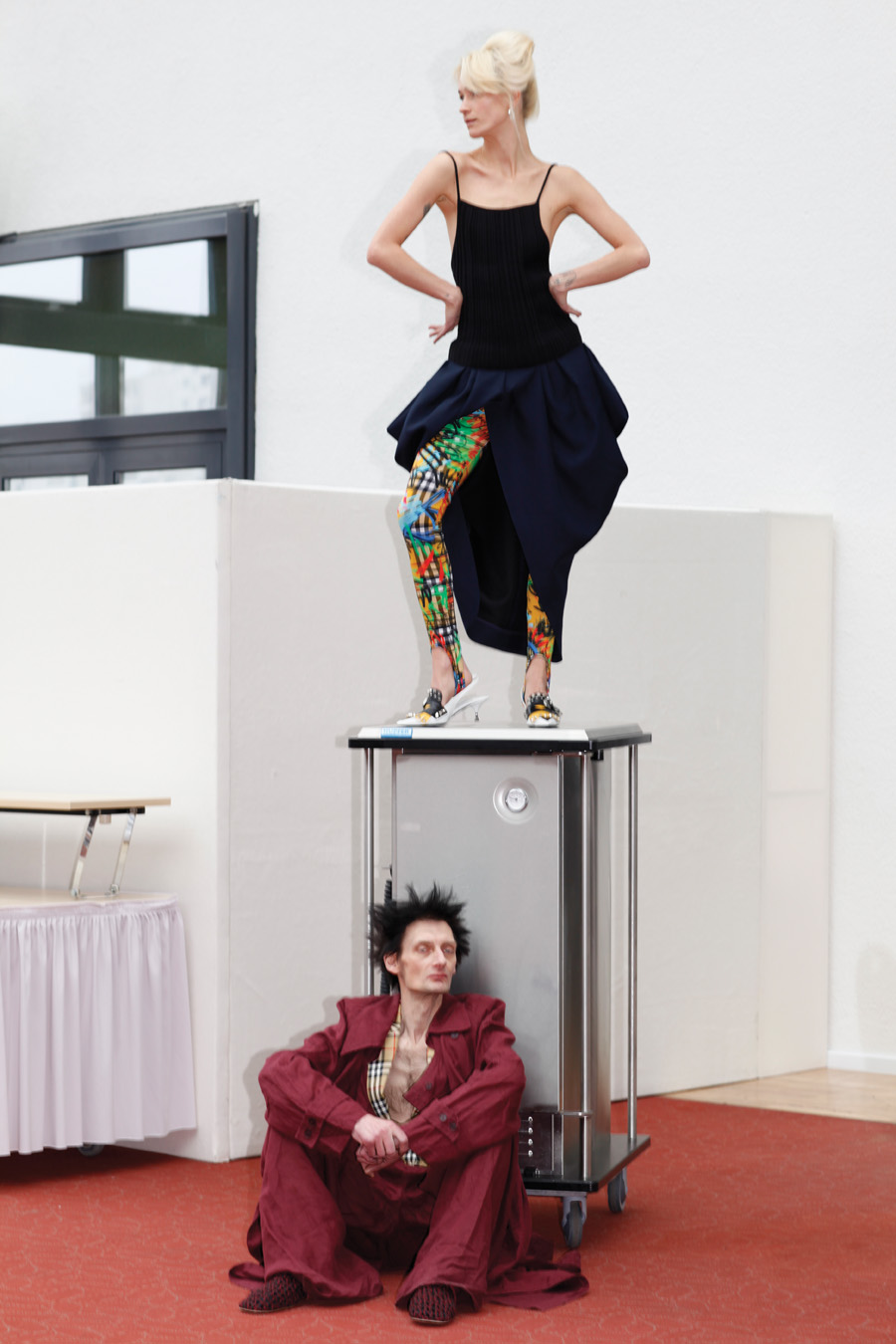 As the marathon that is fashion month has just passed its finish line and the flood of shows that first hit New York, then London, then Milan, and finally Paris has found its end, what stays is an endless talk about not-to-be-missed collections, countless posts of apparently internet-breaking moments, and even more predictions of ultimate trends dawning upon us next season – or, as more and more designers are taking part in the see-now-buy-now concept, right away. And with an industry as fixated on the new, more than often developments that actually are integral to society and culture suddenly also only get seen as trends – although imagining the progressive steps towards liberation and equality they encapsulate going backwards again should better not be a possibility.

Taking a closer look at three of these distinct developments, and attempting to pull them out of the rat race that is fashion, we felt the need of highlighting the importance that although these SS18 trends might be a distinct topic of the last four weeks, it should actually be seasonless.

Probably one of the most discussed garments right now, it seems to have all begun with Maria Grazia Chiuri’s “We should all be feminists” T-Shirt she put on the SS17 catwalk for Dior. One year later, after being followed by equally slogan-heavy offerings from designers like Prabal Gurung during the AW17 shows, Chiuri is back at it with a new set of shirts, obviously intended as being feminist, and maybe even rightfully so, but nonetheless sold on the backs of women creating them under probably not that empowering circumstances and quite obviously tapping into the notion of “feminism as a marketing tool.” With women’s rights and the equality of all genders being all the more important in times as politically rattled, feminism shouldn’t be something to just put on when it goes with your jeans. Although the more mainstream display of the topic certainly does also make it more accessible to a lot of people, it still often is the surface and not the values that are being sold.

The nipple as a tool to shock

Although “Freeing the nipple”, as it has so often been put, may not be a novelty in fashion – Yves Saint Laurent already made an uproar by showing see through dresses back in the 60s – the instance that the female nipple continuously is being banned from Instagram and the flashing of breasts on the catwalk keeps on being a guarantor for headlines does make a serious case for the nipple, and nudity in general, still often being used to shock – and hence breasts keeping on being something not allowed, not “normal”. With brands showing transparent dresses or shirts, and therefore the nipple, including Anthony Vaccarello at Saint Laurent, Marques Almeida, Rodarte, Ryan Lo, Givenchy, and Eckhaus Latta, it gets obvious that although the nipple might have become more common on the catwalk, it still is far from being canon but stays something designers like to only address when on trend.

As it has become increasingly popular to mix men’s and women’s designs on the catwalk – with J. W. Anderson at Loewe, Givenchy, Alessandro Michele at Gucci, Lucy and Luke Meier at Jil Sander, and Raf Simons or Calvin Klein showing for both genders this season – it also has become increasingly obvious that the notions of “genderless”, “unisex”, or “genderfluid” have become somewhat of buzzwords within fashion, with brands often using the terms to describe anything but true genderlessness itself. As the developments around gender and the questioning of such seems to be especially integral to a younger generation, it’s no surprise bigger brands often tap into the movement to appeal to that millennial consumer. But with the topic being so directly connected to peoples’ most intimate sense of self, these developments should certainly be more sensitively approached than just out of marketing or financial reasons.