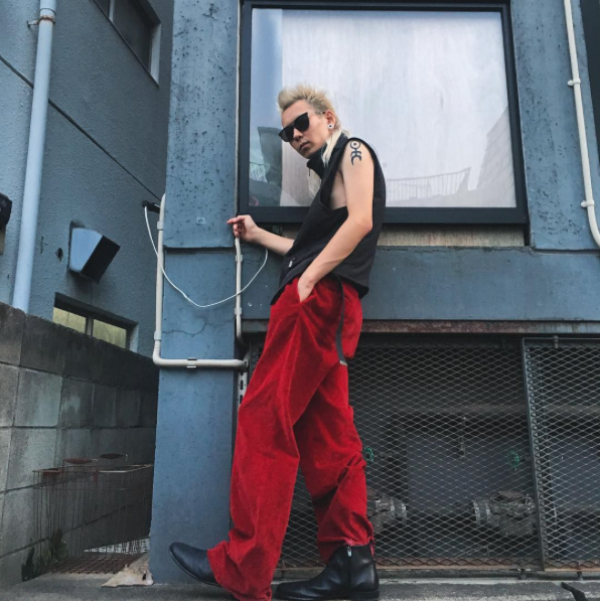 INSIDE THE WORLD OF HARUKA HATAKEYAMA, JAPAN’S KING OF HAIR

There is something quite unique about Japanese hair style – it is essentially a mix of the country’s own traditions and outside influences such as Chinese, French or American aesthetics since the 5th century. In Japan, hair is not just considered as hair. If you take the case of Japanese schoolgirls who started dying their hair in the 1990s, you will see that one of the main reasons was to protest again the strict uniform system that is settled in Japan.

Today, the significance of hair in Japan has entailed an increase of the number of hair stylists in cities such as Osaka and Tokyo. And one of them is worth especially paying attention to. When scrolling down his Instagram, you can tell that Haruka Hatakeyama isn’t a basic hair stylist – from dying your hair in electric violet or peacock blue to rejuvenating the uncoolness of the 1980s mullet, Hatakeyama’s hair styling is very much about experimenting.”I’ve always loved  fashion, and it’s deeply connected to hair styling so I chose “hair” as a method to express my fashion,” he says. Hatakeyama is right. How can you omit hair styling from fashion? Fashion and hair, the two key resources that enable to shape and situate the self, are interrelated. And he won’t disagree: “Neither of them can be missed to create one style.”

It is no wonder that the hair stylist welcomes local fashion celebrities and other creatives such as 14-year-old Yoshi in his salon called “Warsaw” based in Shibuya, one of Tokyo’s trendiest districts. But the salon is not only a place for Tokyo celebs, as Hatakeyama also styles students and families. You can get a cut, bleach and c0lor for ¥19,000 (145€) or  just a simple cut for ¥6,000 (45€). Being styled by Tokyo’s most edgy hairdresser is an experience that “works in both ways”, he says. Clients usually tell him how they want their haircut to be and Hatakeyama shares his views about it, pretty generic then. Even if his Instagram gathers hundreds of pictures of experimental haircuts, Hatakeyama will always follow one credo, “I wouldn’t do a style that the person can’t be confident with”, he admits.

In Japan, the hair styling industry is booming and Hatakeyama therefore keeps bringing a breath of fresh air into what he does to stand out from the crowd. “I can’t list just one thing that inspires me but I always like to put and balance two different styles such as classic and new”, he says. It might be hard to qualify Hatakeyama’s changing style, it surely encompasses bright colours, but putting his signature into words is not an easy task. “I don’t go safe when I’m styling. I don’t like using words to explain my style, the hair style should do it all,” he explains, “I want people to perceive my art as an entrance to fashion, if they already like fashion then I hope to give them a different view of it.”