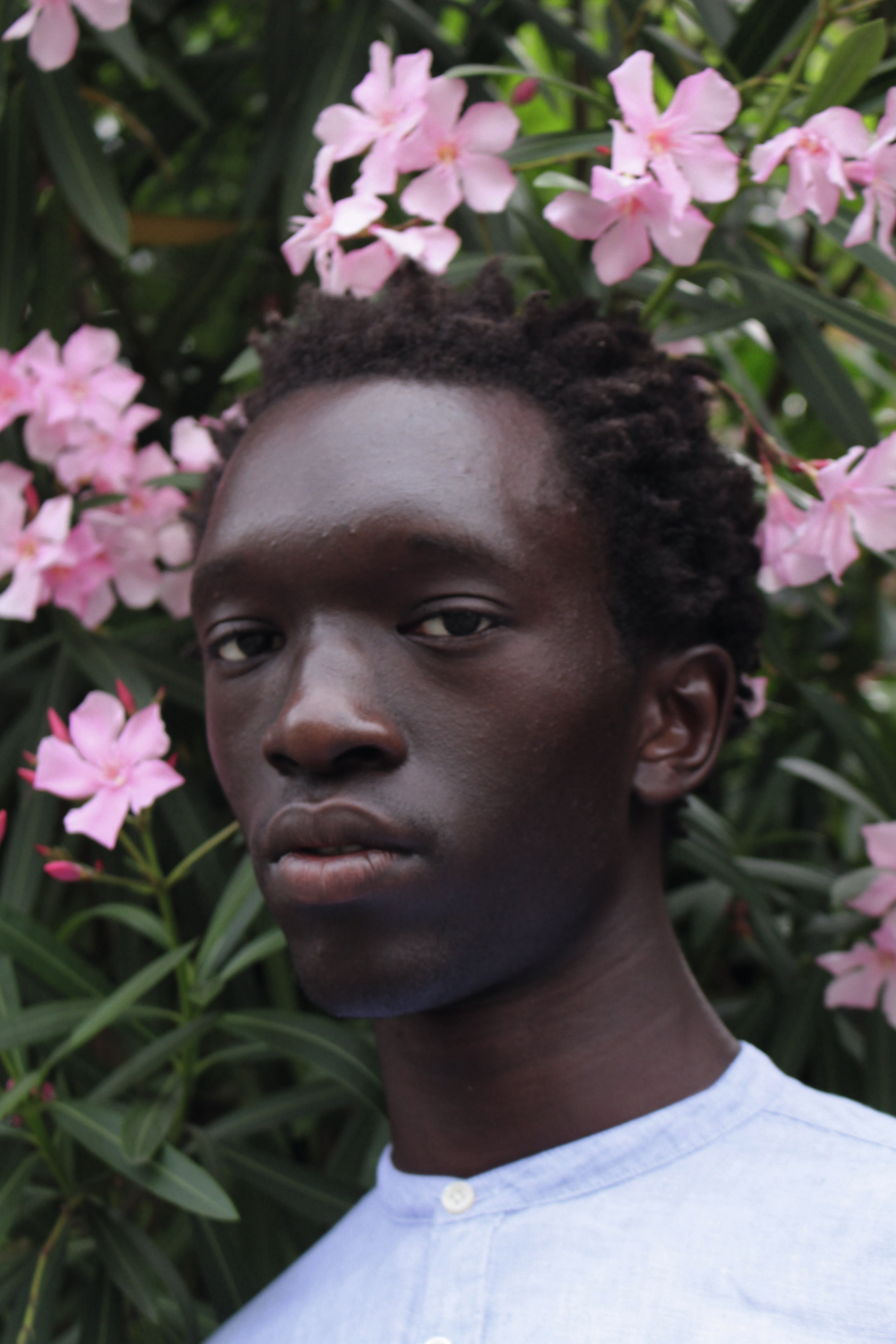 Through his art, Wilson Oryema takes on a topic rarely seen as particularly aesthetically pleasing: trash. Turning waste into sculptures and street curbs into photographic motifs, the London-based artist is drawing attention to the fatal chain reaction caused by human consumption, its increasingly frantic pace often rendering recycling progressively irrelevant and new products all the more important. With the goal of turning his creative exploration into a long-term art project throughout the year, Wilson, who also has made a name for himself by working as a model for Grace Wales Bonner and Calvin Klein, set up his first multimedia exhibition in June which, despite being titled “Wait”, definitely doesn’t give the impression that kicking back to relax is in order.

(Low-res) Cropped versions of two of the four self-portraits I made for @v3.london & @localbrixton’s “dance freedom” group exhibition. Closing today!

Trash, for a lot of people, is synonymous with uselessness. What made you want to depict it in a different, more creative manner?

I began photographing trash because I found it interesting how people placed their trash outside; some were very curatorial with their approach and others didn’t care. As I got deeper into that, my focus changed to covering how many continuously throw out stuff without a care in the world, without fear of the consequences for the planet, although many items thrown can be repurposed for other uses. It’s just too much, there’s a lack of care. even before that, we’re leading ourselves down a slippery slope, to a point where we only care about that which is new. And that approach to life isn’t sustainable in the long term.

You’re tackling these issues with an art project mostly dedicated to consumption. What is the driving force behind that quest?

“Consumption” is the overarching theme, because I think if there wasn’t a consumption issue there wouldn’t be a waste and recycling issue. Waste and recycling are one of the sub-themes in my work, which I primarily address through highlighting the visible effects of our collective over-consumption, while producing and showing alternatives to reduce our individual impact, as well as create even more interesting ways of providing remedy to this issue. It also is partly influenced by politics, because neither the government, nor we, are doing enough at this point to counter this waste and pollution.

Finally doing it! My first solo exhibition titled “WAIT” will take place on June 3rd and 4th at Doomed Gallery (@doomedgallerydalston). More info and teasers to be released over the coming weeks! 😁

Yes, because people are more likely to pay attention and interact with something new. Everyone knows there’s an issue, but not everyone participates because it hasn’t been presented in a way that grabs them and makes them care.

What makes photography and art so predestined for getting people interested, making them care?

Photography and art are currently what directs culture the strongest. I could write a 10,000 word essay on the effects of our consumption on the planet and only a few people will read it, and even then who knows how many people are going to act on it. However, if I can show you what is going on outside of your periphery or highlight how much trash is in plain sight but typically avoided, with photos which can be interacted with or understood in a much quicker fashion, then you’re more likely to act on that. Also, if I’m able to show you what could instead be done with all these not easily degradable objects we’re throwing out, such as plastics, and make a chair and other functional objects out of it, I think you’re more likely to take that on and think “let me try that out myself.”

Although being politically engaged has become much more of a topic in recent times, environmentalism doesn’t seem to have been caught up in this accelerated awareness.

I think it’s because there isn’t much mainstream education on the topic, and even when there is it’s rarely presented in a way that encourages people to interact with it at all. It’s usually highlighted in a way that is reminiscent of a news report, just telling us what is going on, and not how we can get involved. For example, when these issues are brought up, people often want to change the conversation, or may participate if they are interested, but think a retweet or repost is enough to “support” the cause and then they can move on because “they’ve done their part”.

What do you view as your part as an artist in relation to the environment?

To dig deeper into these issues and others and present them in interesting and engaging ways that encourage people to participate in conversations and actions. If I don’t use my platform, I can only blame myself when these issues, that affect all of us, get much worse, when they get to a point that the effects aren’t reversible anymore.

INDIE NO 56,   INTERVIEW,   POLITICS,   THE OUTDOOR ISSUE
Loading next Article