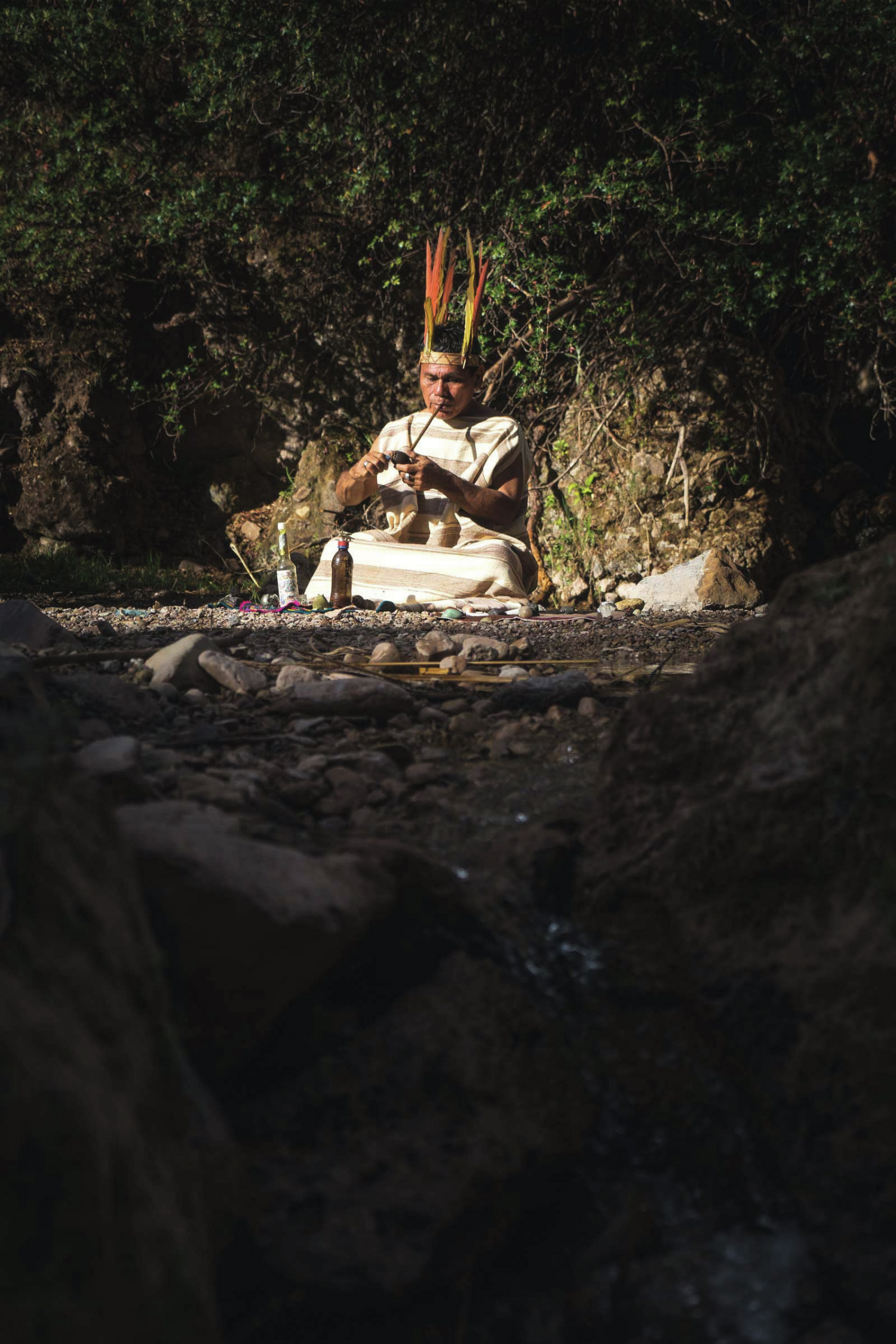 AYAHUASCA: THE POWERS OF NATURE’S MEDICINE

Back in the days when there were no hospitals, no synthetic medications, or doctors, people went to shamans to receive treatment. And in some South and Latin American communities this still is the case. Shamanism is not a profession you can just take a course in – it is passed down the generations in families, quite literally in your blood. Peruvian shaman Shipibo Abigail follows the path made by his ancestors who taught him all he needed to know. The preparation to become a shaman takes time, can be tough, and follows strict rules: the men and women go into the jungle, where thousands of healing plants can be found. During these three months of isolation they have to eat a strict diet; the training shamans’ minds must be balanced. Aggression, outrage, negative emotions, and sexual pleasures are counterproductive to their development. Additionally, they are not allowed to consume salt, sugar, or any chemicals, instead drinking tea made from the plants they find in their surroundings. This is particularly the case with the Ayahuasca brew – they must get to know the spirit, the energy of the plant, and discover the healing qualities of Ayahuasca. Gualpa based Abigail found his purpose in helping people from all over the world in a spiritual retreat centre where he and his team practice and preserve ancestral Andean and Amazonian ceremonies.

Ayahuasca has a long tradition. What is the origin of the plant and the ceremonies?

The legend that is told in my family is that it originated when an old wise man of their community passed away. Before he died, he said “Don’t bury me under the earth – I want to be next to this tree, just leave my body there.” After one month his body slowly sank, going inside the earth, and then the community went to the tree and wondered where the body was. After six months, the body took the state of vine: the Ayahuasca vine. So he turned into this plant, and it became very wise. With his wife, the same process occurred: when she passed away, she was buried and then after some time, the woman turned into Chacruna, the counterpart to Ayahuasca. There are two plants: Ayahuasca is like a vine, and it is combined with Chacruna, which is similar to a bush. This is what they drink at the ceremonies. The shamans want to share the wisdom and knowledge that they receive from them. It’s possible that in the community they were using Ayahuasca 2000 years ago.

What kind of people come to you to be healed by the plant medicine?

It heals many people who have a lot of negative thoughts, especially people who are confused, who have depression, trauma, psychological problems, sadness. In their minds, there are all these shocking moments and as a shaman I have to clean and set the person free. Because of their experience, the mind doesn’t let the good energy through – then there is the transformation, they become more conscious, more aware of solutions. If it is a long-term treatment in the jungle, accompanied by other plants, it is even possible to heal cancer or AIDS – my father has healed these kinds of diseases.

How can we imagine an Ayahuasca ceremony? Is there something like a one size fits all ritual?

No, we have to call a ceremonist who helps us do the ceremony according to each person and each problem, because everybody’s different. The ceremony takes approximately four hours, but it depends on the communication between the plant and the person. If the person eats naturally, doesn’t do drugs, is less blocked, then the plant likes the person and they are likely to have a good connection. After you drink it, you usually feel a lot of heat in your stomach; if you have a lot of negativities, namely chemicals in your body or don’t eat well, then it’s possible that the Ayahuasca will make you throw up – it’s going to start to clean the stomach. After the cleansing comes the dizzy state in which you are usually very tired, but you don’t lose your consciousness. And then we have the visions, which are the energy of the Ayahuasca. You see a lot of colours, a lot of patterns, and sometimes things that you don’t understand, but it’s not important to understand because it is the reflection of that correction that is taking place in your brain. Ayahuasca aligns your soul, corrects your brain and puts in order the things that are wrong after an incident of trauma. The icaros are the healing songs we sing during the ceremony; they are like waves or vibrations that go to the patient and the energetical patterns that each person has, correcting the things that malfunction within our energy. Each plant has a genie in the bottle, and this genie teaches you the song that you have to sing. A shaman is like a mediator between the plants and the patient.

Ayahuasca has become trendy in the „Western world“, which might lead to people taking it for fun, for egotistical reasons, and without respect for the origins and power of the plant. Do you see a risk in people taking the medicine without professional guidance?

Ayahuasca is a medicine and that’s what people need to understand – it’s not a joke, something you can play with. You are going to be connected to many things on a higher conscious level, you must be respectful, and you also need authentic shamans. Each plant has its own consciousness and the plant sees why you are taking the medicine. You need all this preparation because you want to learn, you want to heal, you want to spiritually grow.

Could Ayahuasca actually be the remedy that heals the modern world’s problems?

There are many people who are blocked because they are just focusing on consumerism. When these people take Ayahuasca, it can not only help them, but it can help society, and we see that we are now in a state of transformation; we, the shamans, are there to help with this transformation. I can also see the suffering of the jungle and the plants, and sometimes we even cry because we see how sad the plants are. As humans we are not doing well and the plants want to help us through Ayahuasca, to help and contribute to an awakening, to a new era, to make people more conscious of nature – because the knowledge that is coming through the Ayahuasca is coming from plants.

What do you think about marijuana or mushrooms for example? Do these kinds of plants also fall under the umbrella of natural medicine?

Weed, marijuana is not good; we often have to help people who are addicted to it. It’s a powerful plant with a strong spirit, and sometimes it is good for pain and for sleep, but too often it controls the person. If you are weak, you can lose control of your life, and marijuana will own you. I always say to my patients that they need to be careful and not mix marijuana with Ayahuasca ceremonies because the plants’ spirits are jealous. Many people say Ayahuasca is a drug, but for me, for my community and ancestors, it is a medicine. I consider all the plants that heal as medicine. Drugs, in my understanding, are something you can easily become addicted to – we don’t have any addictions in my community – bar maybe to tasty food.. 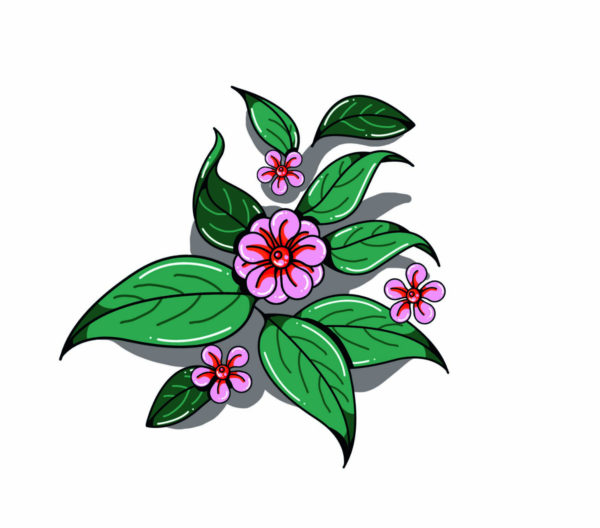 The components of the Ayahuasca brew can vary depending on the shaman cooking the brew, which is stewed for around 24 hours. The most common and important ingredients however are the plant’s vine, the chacruna leaves, and water. The brew is often used for healing the body and soul, and catalyzing spiritual revelations. During the ceremonies, which last for several hours, participants can achieve a sense of contact with extra-dimensional beings, although less desirable side effects include nausea and diarrhea.

Find out more about the Ayahuasca retreat here