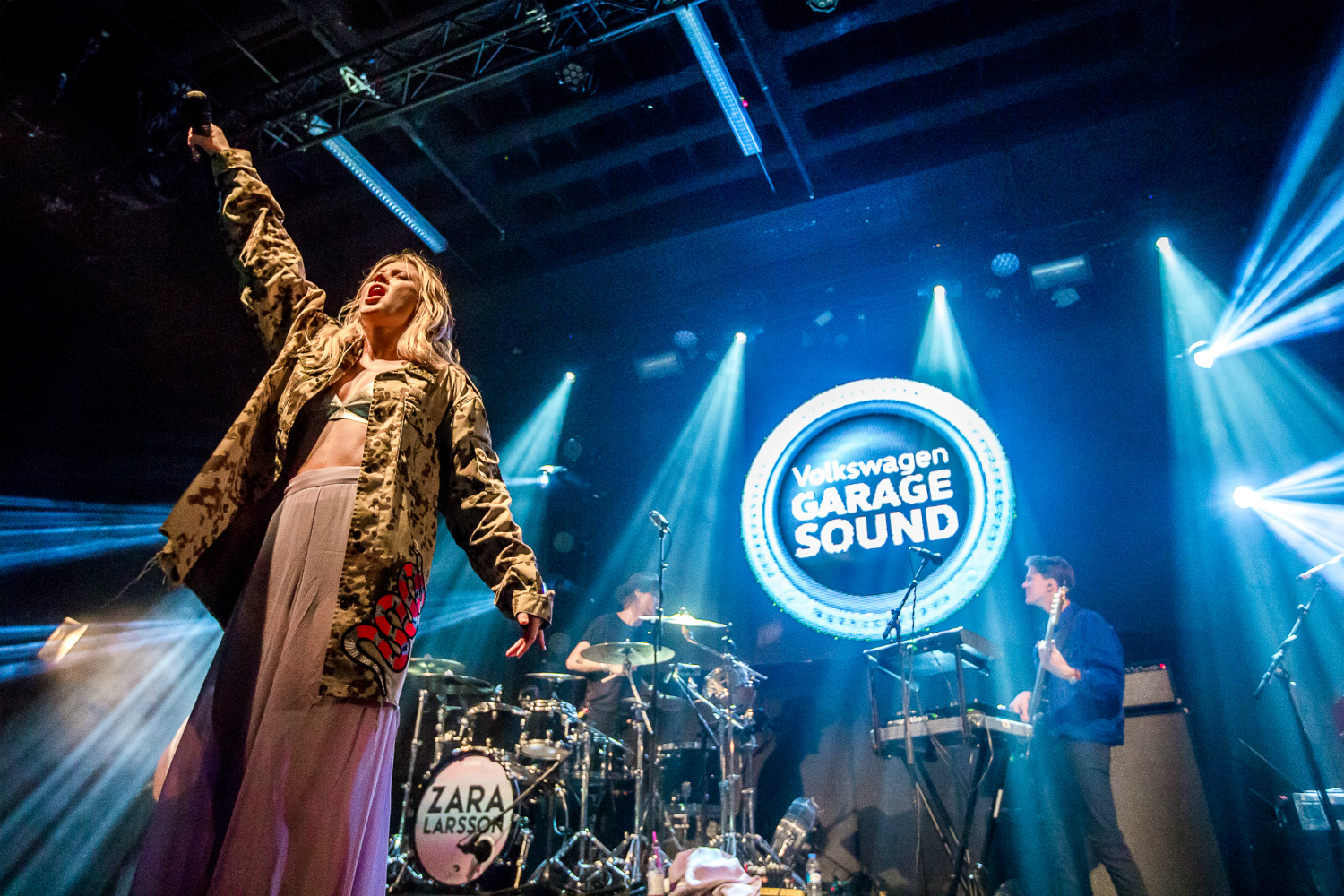 ZARA LARSSON ON THE IMPORTANCE OF USING YOUR PLATFORM FOR CHANGE

With nearly four million Followers on Instagram, a skyrocketing career that has lead her to do concerts in numerous countries, and a packed gig as part of the Volkswagen Garage Sound concert series just last week, Swedish pop phenomenon Zara Larsson certainly is no stranger to having an audience – and to using her influence on that audience to make a positive impact. Winning a Swedish casting show when she was just eleven years old, Zara has found herself in the limelight most of her teenage years – and opposed to countless child-stars-turned-serious-artists that came before her, Zara isn’t letting herself loose focus in her whirlwind of an career either. Rather, she keeps on having a clear focus on the things most important to her: using her platform to fight for equality, especially via social media.

When Zara is not expressing her views on Instagram, she is equally eager to create that connection on a personal basis, currently touring Europe with her debut album “So Good” which was released earlier this year. As part of Volkswagen‘s concert series, which aims to continuously create intimate concert environments with the most talked about artists, we caught up with Zara as she was playing a mesmerizing set at Gibson in Frankfurt and attended the International Motor Show IAA to present the new Volkswagen T-ROC. Surrounded by a series of futuristic cars certainly designed to shape the future, we asked Zara all about what it is that she hopes to see as change herself.

You’re often taking to Instagram to address certain issues or express your views – why is it important to you to use your platform as an impactful outlet?

Just for the fact that I have a huge platform and that I know that there are so many people that are following, they are very interactive, and they listen to what I say. So if I can just put a positive message out there and support people that are minorities or usually not seen in all the rooms in society, then I will for sure do that. And I think it’s important to show the people that follow me what I think about certain things as well, and where I stand. And also that I don’t take it for granted that I have a platform.

Sounds like a very current way of showing your followers your truest sense of self.

I certainly also don’t take it for granted that I am able to express myself, because ten years ago nobody had Instagram or Twitter, so people couldn’t express themselves as easily with their own words. They had to go through someone else. It’s just so easy to post a picture, write a text, and explain for people what you think – and hopefully people will listen and that will make a positive impact on the world.

Do you feel your generation also is more open to addressing these issues and talk about them, precisely because they grew up with the possibilities of Social Media?

Absolutely. It also gives people some sort of confidence, or being comfortable with who they are, because there is such a big community online. You meet people that are like you and then form these groups of friends. It’s a modern thing, but then again I also think my generation just is very vocal. We just want to speak about things because we can. And the Internet really made that possible.

Still, this talking also needs to be translated into action.

There is always two sides. I hope that my generation will grow up and change the present for the better. I feel like people who are older than us, they aren’t really doing a good job.

Since recent developments in politics and the socio-cultural landscape surrounding it, a lot of young people have been more vocal about their felt disconnect from politics – what is your perception of these shifts?

I just want the world leaders to be empathic and have common sense. Which is apparently too much to ask for nowadays. I want people to feel like they can live their lives and be themselves one hundred percent, without being abused, killed, oppressed. There are so many different groups that are experiencing that. By me having this platform, and I know that I have privileges too, but I can use them for good.

What should be the most important topic to focus on right now?

Especially close to my heart is feminism and to speak about that. Sometimes I’m like “Do I even want to talk to boys or men that don’t understand feminism at all, and waste my time on that, to make them understand? Or do I want to focus on girls and women creating their own kinds of platforms and groups and empower each other?” There are so many ways to deal with these issues, and I’m not even sure if there’s a right way to deal with them, I just know what my opinions are, what I think about these issues. For me, feminism includes rights for LGBTQ people, rights for People of Colour, rights for other minorities. It’s about equality – not just about equality for men and women because then you’re forgetting a really big group of people. I think that includes a lot of the things in feminism.

If you had to put a goal into words that we should all strive towards in relation to creating change, what would that goal be?

I think it’s great that people are speaking out, and it’s great that people are doing something. What I would really like to see is just equality. Is that too much of a broad thing to say? I would like to see more women in positions of power, I would like to see that people can be themselves without being scared of going out, because even that can be really hard for people depending on where they live. But if you would ask me what is the most important thing, I can’t answer that. Because if one thing is important doesn’t mean another isn’t. You can’t categorize it. In the end, I just want equal opportunities for all.