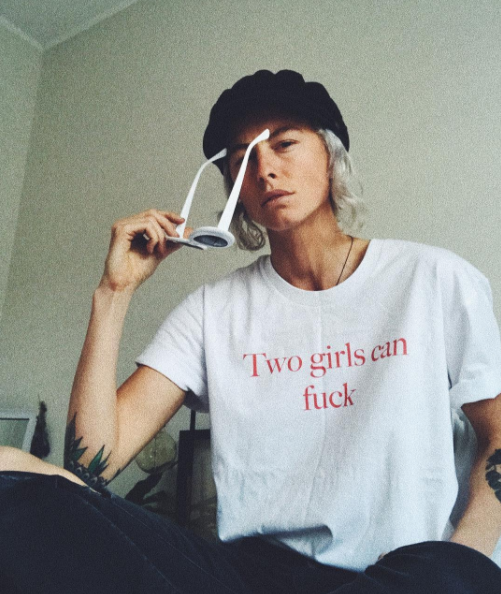 12th September 2017 is the day that Australian’s have been given to voice their opinions on the legality of same-sex marriage. While most ‘developed’ western countries have already legalised the union, it feels as if Australia is taking the saying ‘fashionably late’ too literally. Although the majority of Australians have been screaming for the legalisation of same-sex marriage for years, the Australian government are playing the ‘are you sure?’ game, opting for an expensive nation-wide postal vote, the results of which will be broadcasted in November. INDIE spoke to some of the Australian LGBTQ community about how the vote could change their lives.

What was your experience like growing up in Australia and identifying as LGBTQ+?

Lotte: I came out when I was 16 years old. I didn’t know a lot of LGBT people at the time, but as I aged into my early 20’s I found an incredible queer community in Sydney. I am proud of who I am and have always been, and I think that strength helped me find my place and be supported for how I identify my sexuality.

Lia-Belle: My story is a little different. I only started dating women in my mid-twenties. At first everyone thought it was just a phase but once I’d been dating women exclusively for a few years I found a really beautiful place in the queer community. I find identifying as LGBT as truly empowering, however, in past jobs employers have wanted me to ‘keep my private life private’ and it’s attitudes like that that bring shame to anyone who identifies as anything other than straight.

Lotte: I call Lia-Belle my wife; we had a ceremony that bound us to each other. We live our life just the same as any married couple, the only difference, is that my wife, legally is not my wife.

You’ve recently started your own family, how did you find the process? Did you encounter any hostility or homophobia?

Lotte: Starting our family has been the most expansive, rewarding and equally hardest thing we’ve ever undergone. One of the biggest things that has happened is the complete opposite to homophobia – there has been so much love, support and embracing our modern family. We’ve had people completely change their perception on how a family should look because we voice our love. People who would have said No in the vote, but have openly told us they are voting Yes for us.

Lia-Belle: Deciding to bring a baby into this world has brought about so much love. Between us as lovers, in our families and social circles, even with strangers. Ophelia has helped to show people the diversity of love that exists in the world.

Lotte: I say that if you can look my family in the eyes and tell me our love is less worthy than yours, then your heart is in the wrong place. That voting ‘No’ changes nothing in your world, but voting ‘Yes’ changes everything in ours.

Lia-Belle: Firstly I’d say ‘Fuck You,’ but then I’d ask them to consider the consequences of encouraging hate and discrimination based on sexual preference. Perhaps that person doesn’t quite understand the importance of supporting a movement, which really is a human rights movement as much as it is a legal and religious one.

Lotte: It would mean everything. It would change the world my daughter grows up in and finally give my wife and I the true title we deserve and equality for so many friends.

Lia-Belle: A yes vote would mean that for the first time, I could look at Lotte and know that we wouldn’t have to feel like our relationship needed to be justified or explained. That our daughter won’t know anything of discrimination or difference. That our government and our country supports us, and that our commitment to our life together is respected and rejoiced.

What was your experience like growing up in Australia and identifying as LGBTQ+?

Tim: Growing up I knew I didn’t identify as heterosexual but wasn’t really sure what label I was comfortable adopting. I come from a christian conservative family, so the LGBTQ+ community was seen as ‘other’ and I was torn between choosing to live according to how I was raised, versus how I felt was my genuine self. I struggled to feel comfortable with my sexuality until my late 20’s when I fell in love with my current partner.

Ash: I didn’t recognise as LGBTQ+ until I was 16, and even then I felt like I wasn’t comfortable telling anyone else about it. I’m blessed to have had the support of family and friends who helped me find my path in my early 20’s. I was surprised to find those around me were more accepting than I thought, it was my own fears that I would feel rejection from those who I loved that kept me from coming out.

How did you meet your partner?

Tim: It was a random party pash that ended up being a universal moment of two soulmates meeting.

Ash: After the initial meet at a party we didn’t see each other for about a year, it wasn’t until a spontaneous instagram message that we reconnected and started something serious. Timing is everything, we both had life lessons to learn before we were ready to commit to a relationship.

Tim: I know you’re scared, and you maybe don’t understand how quickly the world around you has evolved, but please try to see us as one, just like you. We share more in common then you think, we want the same things. Love.

Tim: A yes result would mean a sense of belonging as an equal amongst my fellow Australians. I would be overwhelmed with joy knowing that young LGBTQ+ Australians would grow up in a country where who they fall in love with is not questioned or seen as inferior. For my own family to see that my relationship is validated under law would relive a deep seeded anxiety and tension in our relationship.

What was your experience like growing up in Australia and identifying as LGBTQ+ ?

Realising the fact that I was different to my friends was probably the hardest part of opening up to the idea. It took me a while to accept it myself and I didn’t have the guts to be so open about it until I was 17. I think Australians in general are quite open-minded, and so identifying as LGBT was actually an easier transition than I imagined.

All I can ask is WHY? I try and articulate an answer to this exact question every day of my life because I have come face to face with it more times than I thought I would in the last month.

Do you feel that Australia is slowly shifting towards a more accepting society?

Australia is moving at a slow pace in my opinion, but slow is better than nothing at all.

How is it not already legal? It’s not just about who can marry who, it’s about creating a revolution of equality for everyone.

What was your experience like growing up in Australia and identifying as LGBTQ+ ?

The first person I told was my mum. She is such a wonderful person and even though she had never judged me before, I was still really scared to do it. When I finally conjured up the courage to tell her she responded with ‘I already knew that sweetie, I’ve been waiting for you to figure it out’ she ensured me it changes nothing and that I am loved regardless. I’m one of the lucky ones who’s coming out was a breeze; unfortunately that’s not the case for a lot of others. Knowing I was confident in myself and had such a strong, loving friend and family network, I never let the negative opinions or stares from strangers as I held another girls hand in public do any damage.

How did you meet your partner?

I met my partner through friends; she’s such a legend. It was one of those moments (and the first time this has ever happened to me) where you lay eyes on someone for the first time and something inside you says ‘Yep. That’s the one.’ From the moment I met her there was some sort of undeniable magnetic pull, we’ve been inseparable ever since. We compliment each other in a way that works really well, she helps cool my Aries fire and I keep her on her toes – a happy medium.

I’ll assume if you’re voting no, you are not part of the LGBTQ+ community, so it really has nothing to do with you. If SSM is passed, nothing will change for you, your life will continue as usual. I will however, have the same legal rights as your heterosexual relationship and that’s ALL I want. I don’t want to have to go through the adoption process just to be considered a parent of the child I’ve desperately and lovingly worked to create with my partner.

I believe the way we are doing things, politically, environmentally, economically are all so outdated they’re borderline obsolete. We’re hung up on old school ways that just don’t work anymore, favouring hate and segregation at the expense of a loving progressive society because an old text said so. It’s time for positive and progressive change, it doesn’t have to be a radical uprising, little things at a time, like acknowledging the love between two human beings.