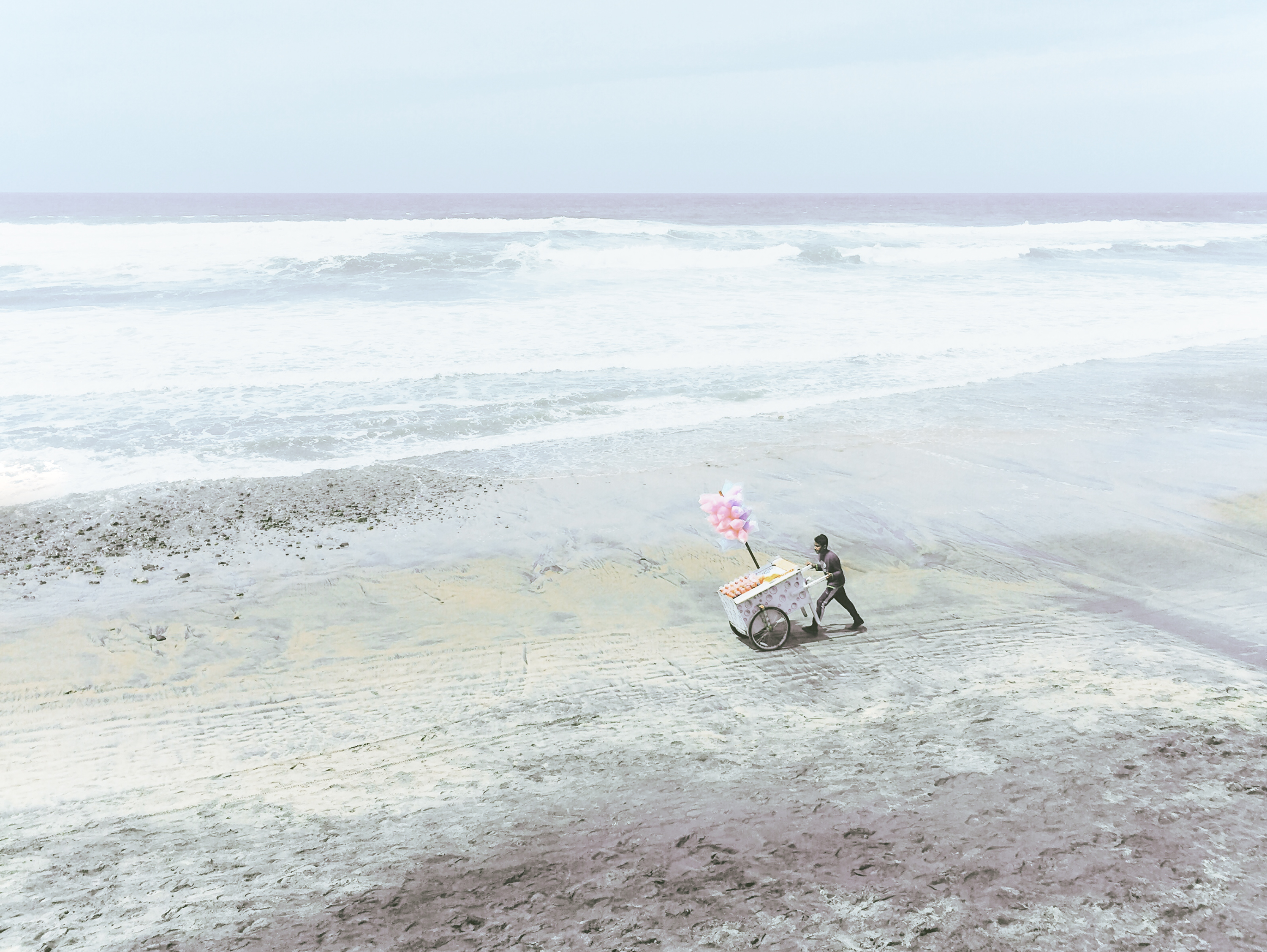 In conjunction with the start of their From Selfie to Self-Expression exhibition, Saatchi Gallery launched the #SelfExpression photography competition looking for the best photos of the outside world on a smart phone, the prize a solo exhibition at Saatchi Gallery: the winner has been announced as Mexico City photographer Paola Ismene.

Alongside a shortlist of 10 images ranging from peeks at the urban everyday to misty landscapes, Ismene’s photo of a boy selling candy floss on Tijuana beach, entitled Daydream in Blue has been announced as the winner.

While Ismene will have a solo exhibition at the Saatchi, all 10 shortlisted entrants will each receive Huawei’s newest P10 smartphone, co-engineered with Leica, which features the world’s first 8MP Leica front camera and dual Leica lens.