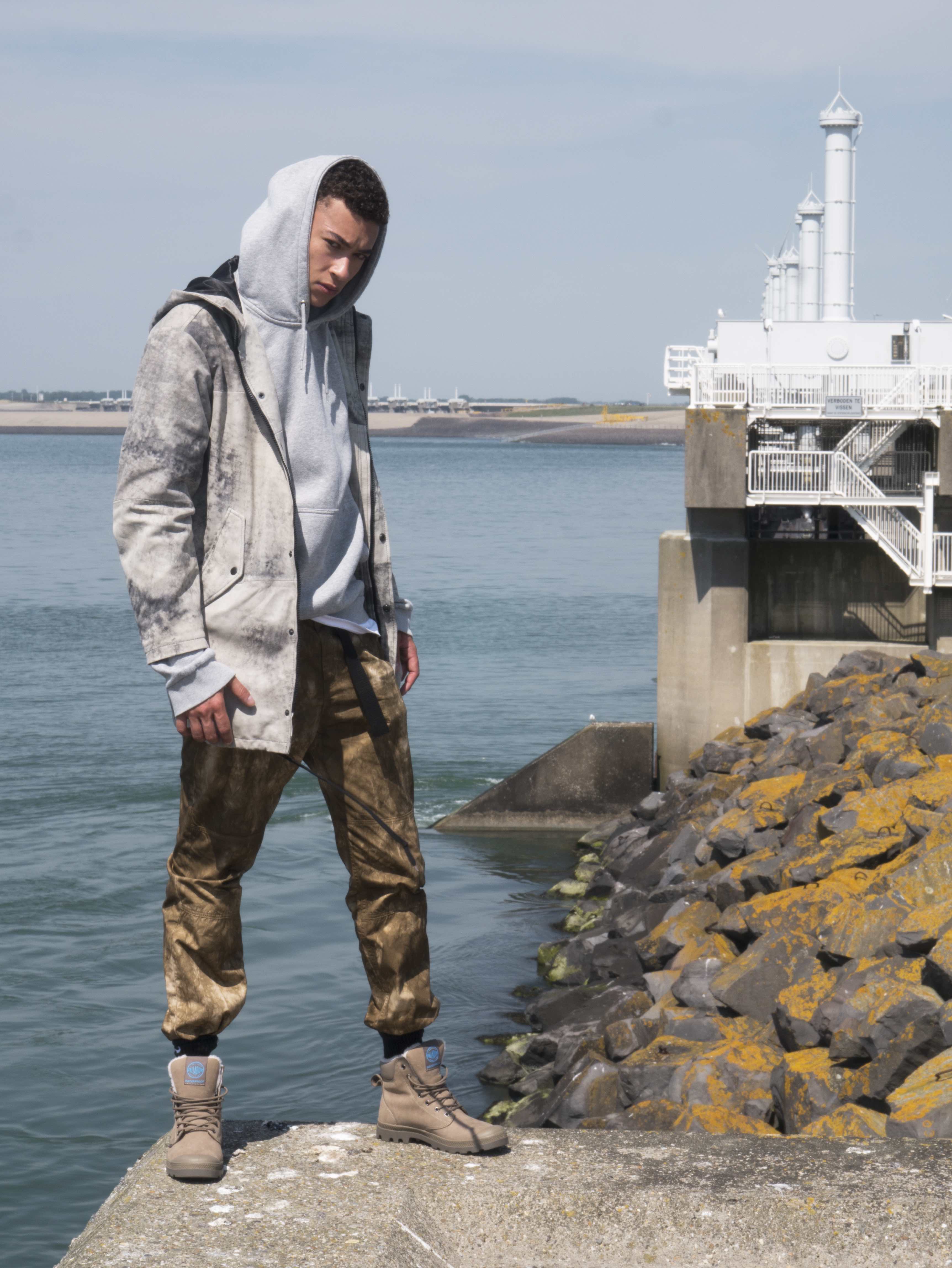 AS THE BRAND TURNS 70, WE HIGHLIGHT THE EVOLUTION OF PALLADIUM

Over the past 70 years, Palladium boots have witnessed a lot of history. First created in 1947 in Lyon, France, the footwear was born into a country torn apart by war, and would go on to literally follow the steps of everyone from the French Foreign Legion, to revolting students in Paris in 1968, to streetwear fans. And to celebrate the beginning of its eighth decade, Palladium is putting on an exhibition, releasing a book to go with it, as well as launching three new collections for AW17. With a first look in Hamburg, the exhibition will then travel the world, from Stockholm to Shanghai, Tokyo to New York, and the iconic Pampa style is the star of the show. 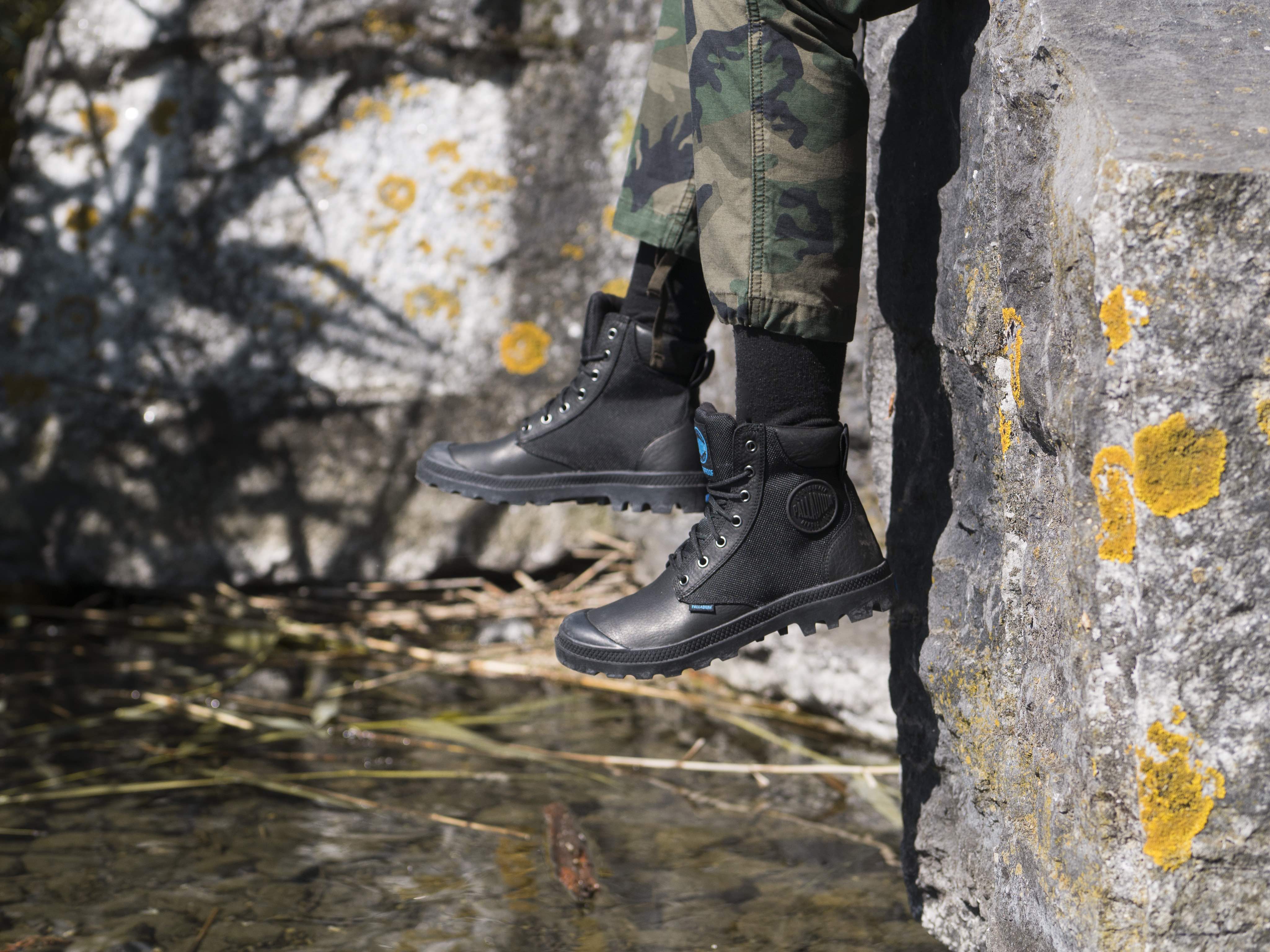 The Urbanity, Elements, and Heritage categories act as the grounds for the stories that thread throughout the collection, each referencing Palladium’s rich past as well as adapting to the functions required of everyday modern life. Above all, despite the world having undergone massive change in the past several decades, the brand still fosters its ethos of exploration and boundary-pushing.

This colourful brand story is the subject of the retrospective exhibition launching on 21st September at Island in Hamburg. Entitled 70 Years of City Exploration, the tale begins before the first Palladium boot was even made, when the name was associated with aeroplane tires in the 1920s. It wasn’t until two years after the end of WWII, in 1947, that the Palladium Pampa could be found on the feet of the French Foreign Legion, footwear designed to be comfortable and resistant, made from lightweight and fast-drying canvas. It is the Pampa model that has been reborn in 2017, updated with new technology to make the shoe even more comfortable. 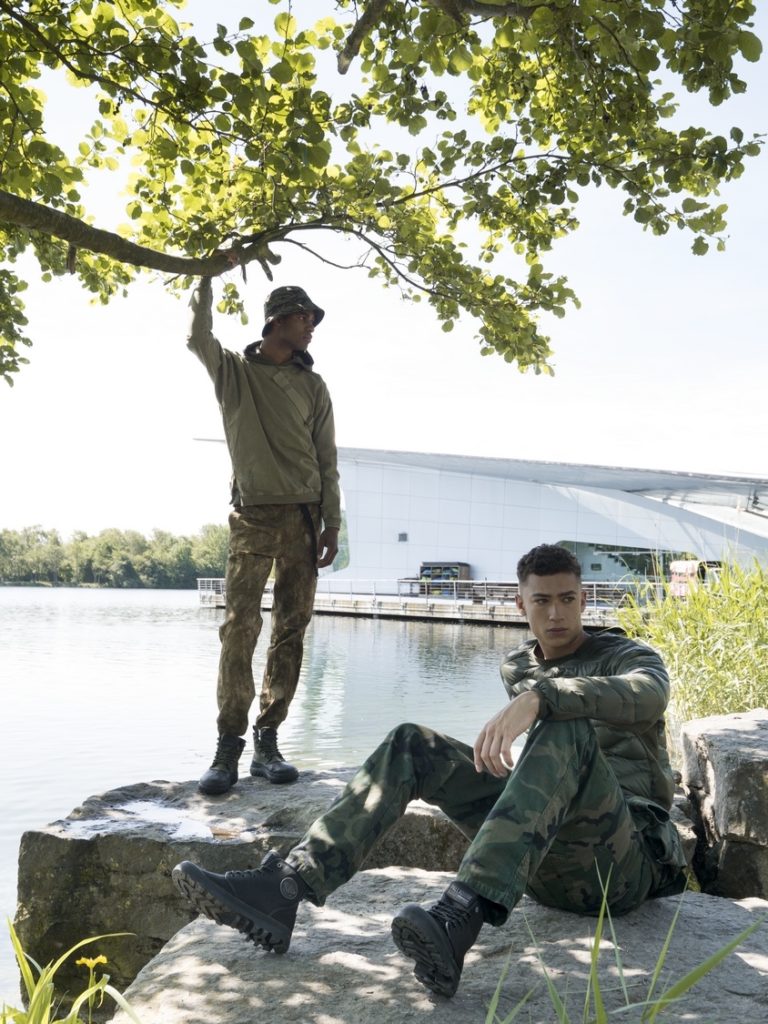 As time went on, Palladium boots began to come into favour among the civilian population – by French families going on hiking and camping holidays in the 1960s, and then students throughout the politically rocky tail end of the decade. During the 1968 student riots in Paris, Palladium trainers adorned the feet of protesters – again chosen for their lightness, durability, and comfort.

Moving away from its previously political contexts, in the 1970s, Palladium footwear hit the tennis and basketball courts. The French basketball legend Alain Gilles became the face of the brand, while “Monsieur 100,000 Volts” Patrice Dominguez preferred Palladium as he became one of the greatest tennis players of his generation.

As the story continues, Palladium arrived in America in the 1980s, soon worn by the avant-garde of New York City. Once again the Pampa, this time in black, the artistic community’s favourite hue, became trendy in the gay community as they fought through the prejudice and health crises of the era. 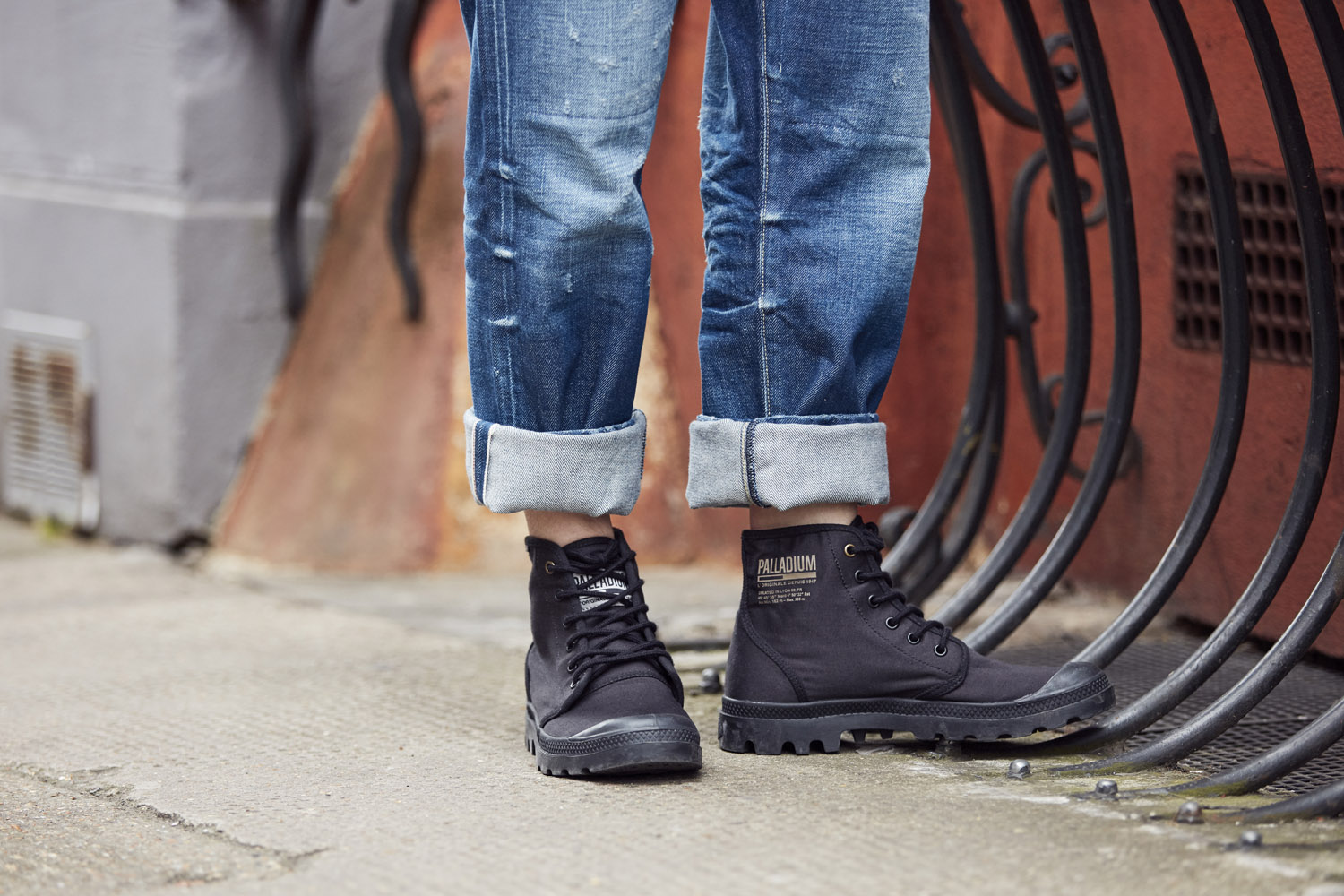 As Palladium became increasingly synonymous with underground culture, throughout the 1990s the boots could be seen on the feet of punk and grunge rockers, as well as ravers who needed shoes that could dance as long as they would. Between then and now, the brand has continued to develop and pursue its aims, launching leather models in the 90s, creating ecological styles, then sending explorers to eight cities across the world in 2015 to create a multimedia recommendation for European underground subcultures, covering food, art, and music.

With the launch of its newest collection drawing closer, Palladium is now a brand that not only boasts a rich history, but has also worked with some of the world’s coveted brands, from Billionaire Boys Club and Stüssy, to super-cool Japanese trainer shop Atmos. It has worked with cultural icons such as Pharrell Williams and Skepta. And now as 70 years of stories have come full circle, the original Pampa is once again the star of the show. 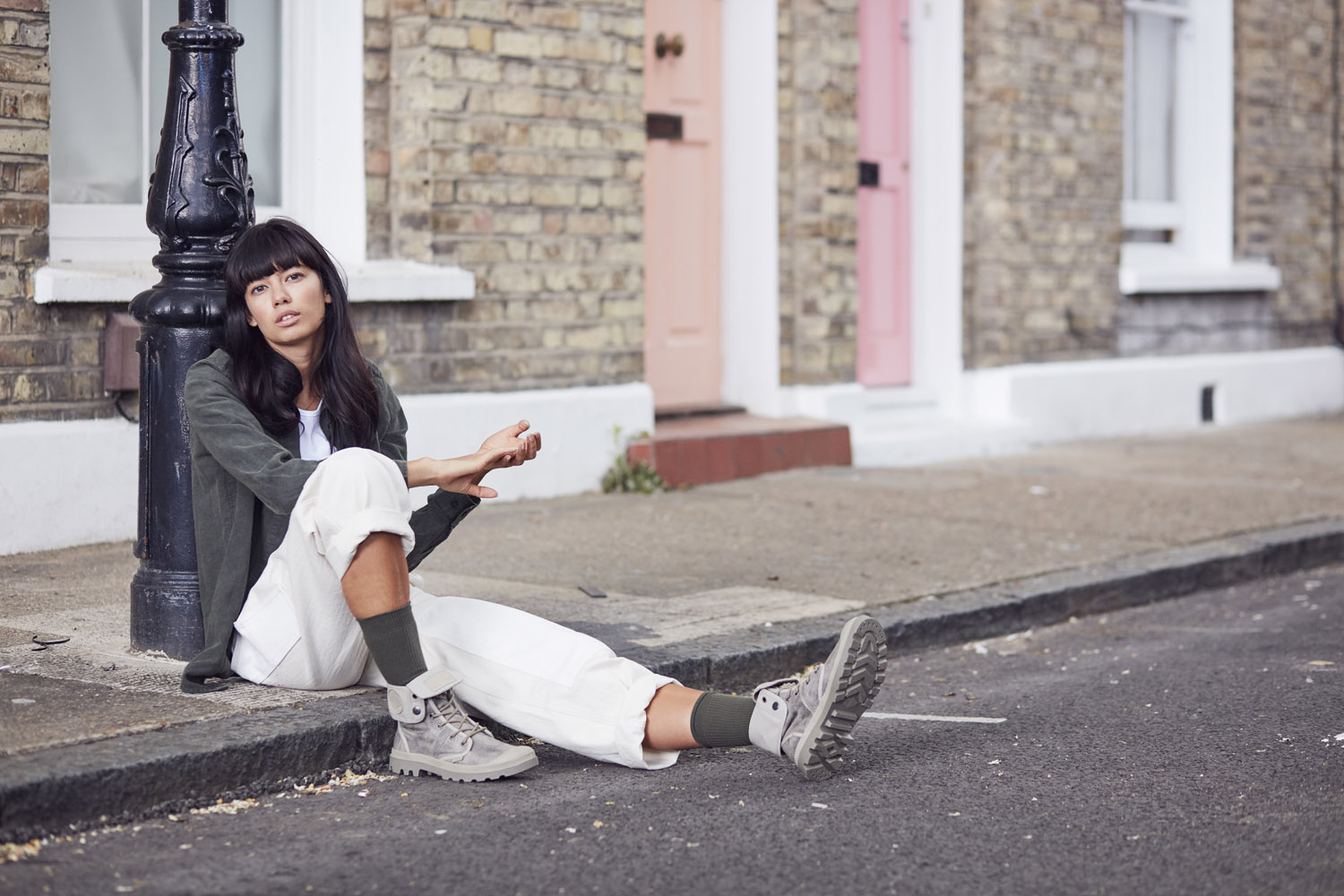