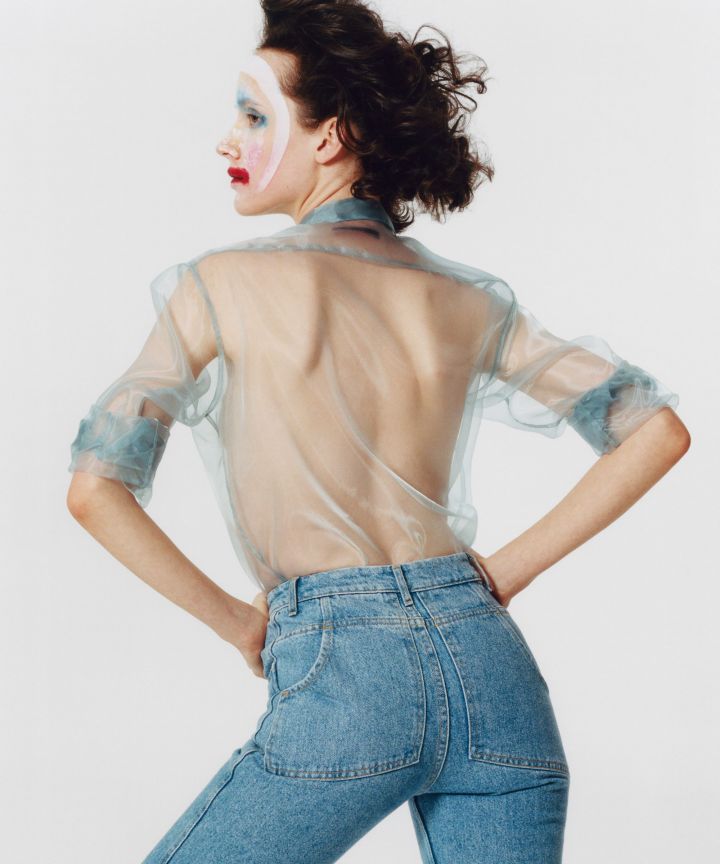 NYFW’S SEARCH FOR AN AMERICAN IDENTITY

“It’s about American horror and American beauty,” is what probably sums up the recent New York Fashion Week offerings best. A concept, particularly investigated and put into words for a press release by Raf Simons at Clavin Klein, that has equally woven its way into numerous other collections and garments. After designers have already been heavily referencing politics during previous seasons – and how could they not, given the news that have been flooding our feeds in recent time – the SS18 shows saw New York Fashion Week once again become a hotbed for hints to the current political and social climate. Although this time around, designers turned their attention from tweets to a bit more tender topics, from slogans to more subliminal messages drawing through current America – see our top picks for the investigation of America’s identity below.

Serving new with a capital N, Shayne Oliver showed his highly anticipated capsule collection for iconic minimalist brand Helmut Lang this week, looking to make the still very much adored 90s icon equally as hyped about today. Reinterpreting a label that saw its success predominantly rise in New York about two decades ago, the former Hood By Air creative director chose to focus on lots of skin, lots of leather, and a very varying casting to channel that New York 90s feel into the current state of the city, and country. If Hood By Air’s signature underground and freeing approach can be anything of an indication, Oliver’s views for Lang look equally as determined to use sex and strength to fight the system.

Favouring an equally varied set of models – or “nodels” as non-professional models have fomously been coined by the duo – Mike Eckhaus and Zoe Latta once again underlined their image as New York’s favourite fashion non-conformers with their SS18 show. Tapping a highly pregnant Maia Ruth Lee and Kelela as models, the duo further developed their idea of clothing that doesn’t need to fit to fit, and of inclusivity that doesn’t need to celebrate itself to be celebrated. Praised as one of the most original voices coming out of New York’s underground over the last years, Eckhaus Latta’s approach points to a new perspective on and perception of “normal” – a progressive mind-set that will hopefully as stubbornly face and confront current regressive social developments in the future.

Fully immersing himself into the idea of the American dream, and ideas of America in general, Raf Simons seems to have made it his quest to fully explore all facets of American culture since his debut as Calvin Klein‘s new Chief Creative Officer in New York last season. This time around, Simons focused on the idea of the Hollywood horror film – blood splattered cowboy boots and cheerleader reminiscent pom-poms included. And, as he so tellingly put it in the show’s official press release, these horror themes can be easily seen as mirrors to the industry in general: “Fashion tries to hide the horror and embrace only beauty. But they are both a part of life.” A collection that felt quite fitting for an America equally favouring a most macabre plot.

Speaking of the motion picture interpretation of the American dream, there also was Vaquera‘s idea of the all-American California girl. The up-and-coming New York brand that is formed and informed by David Moses, Patric DiCaprio, Bryn Taubensee and Claire Sully, looked to teen rom-coms like The O.C., whose soundtrack also provided part of the backdrop to Vaquera’s SS18 show. Further channelled through cowboy hats and dresses made out of postcards showing the Hollywood hills, Vaquera’s idea of America may have looked cliché driven on the surface, but was well questioning those established ideas of what it means to be American at second glance, showing men in corsets, crop tops, and an overall way more intriguing cast than televisions idea of the “Californian Beauty”.