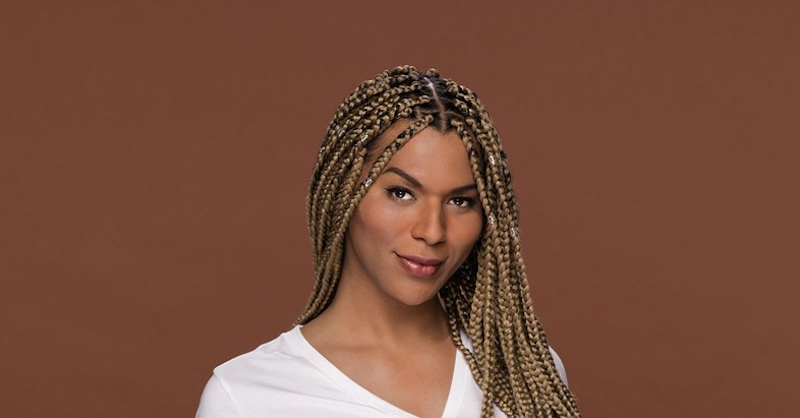 WHAT THE DROPPING OF MUNROE BERGDORF SAYS ABOUT DIVERSITY IN MEDIA

At the end of last week, L’Oréal through a press release dismissed trans model, DJ, and activist Munroe Bergdorf from being part of the brand’s upcoming True Match Foundation campaign. The announcement came after Bergdorf, who was hired to underline the brand’s strive for diversity, especially in the field of beauty products, had a few days earlier posted a status on Facebook addressing the incidences of Charlottesville, calling out how white supremacy and racism still draw through huge parts of current culture.

Being deleted by Facebook shortly after, one part of Bergdorf’s status read: “Honestly I don’t have energy to talk about the racial violence of white people any more. Yes ALL white people. Because most of ya’ll don’t even realise or refuse to acknowledge that your existence, privilege and success as a race is built on the backs, blood and death of people of colour.” Responding that Bergdorf’s views “are at odds” with L’Oréal’s own understanding of “diversity and tolerance”, the brand was quick to quit its collaboration with the black trans-model and outspoken activist – despite having probably hired her because of exactly that in the first place.

L’Oréal champions diversity. Comments by Munroe Bergdorf are at odds with our values and so we have decided to end our partnership with her.

The notions of “diversity” and “activism” having become somewhat of ubiquitous trends within media isn’t a novelty anymore, nor is the fact that a lot of the brands embracing these ideas of inclusivity and interest probably wouldn’t have done so if their targeted consumers did not suddenly seem to prioritise brains over brands. Working together with models and in general people representing a new approach to identity by providing a brand with both their surface and their view’s substance, more and more labels are looking to show just how open minded and progressively thinking they are – as long as their ideas of diversity and activism fit with what suits a corporate mood board.

Trying to use social and political movements and shifts tackling long established injustices and inequalities as marketing tools yet not really treating the topic per se with the respect it deserves has brought a number of brands a heavy amount of backlash – with even the term of “backlash marketing” having evolved to describe brand’s new interest in covering political or feminist topics.

Earlier this year, Pepsi wanted to reflect the Black Lives Matter movement in a commercial by letting Kendall Jenner and a variety of activists bond with police officers through a shared Pepsi – completely overlooking the issues of police brutality and the origins of the need for the BLM movement altogether. Maria Grazia Chiuri at Dior has famously put the words “We should all be feminists” on a T-shirt, sold it for $710, yet never highlighted under what working conditions these T-shirts are being produced, probably also by women.

This is not to say that addressing relevant political, social, or feminist topics through mainstream outlets is an entirely bad development, as it also makes these issues visible to a much broader audience and initiates a different approach to these topics within a lot of people. Still, it misses the point when the topics and persons integral to these processes are being dominated by revenue instead of honesty. As a worldwide operating company you of course have a variety of people to please as well as certain revenue marks to hit, and selling ideas has been the basis of ads and images right from the beginning. Still, an important part of integrity will always be authenticity, which can’t be accomplished by communicating an idea of diversity and inclusivity not backed up with actual understandings and positions.

As for Munroe Bergdorf, there have been both positive and negative reactions to her being dropped by L’Oréal. Most media has shown support for Bergdorf, with a variety of news outlets publishing stories in support of Bergdorf’s statements. Clara Amfo, a Radio 1 DJ in the UK and part of L’Oréals True Match campaign last year, has made an Instagram post publically showing her standing with Bergdorf, writing: “Not even a week ago I was proud to announce that I was to be in the same campaign as Munroe. A trans woman of colour who @lorealmakeup hired to sell make up because of who she is. Who she is, a woman who wrote a nuanced post on institutional racism and white supremacy in relation to Charlottesville and how the foundations of those heinous ideals trickle in to every facet of our society. (…) She has now been dropped from the campaign because L’Oreal feel that she is “at odds with our values”…..If she’s not “worth it” anymore, I guess I’m not either.”

Not even a week ago I was proud to announce that I was to be in the same campaign as Munroe. A trans woman of colour who @lorealmakeup hired to sell make up because of who she is. Who she is, a woman who wrote a nuanced post on institutional racism and white supremacy in relation to Charlottesville and how the foundations of those heinous ideals trickle in to every facet of our society. A newspaper took her post out of context and span it as “a rant” 🙄 with the most basic of dog whistle politics to rally people against her. She has now been dropped from the campaign because L’Oreal feel that she is “at odds with our values”…..If she’s not “worth it” anymore, I guess I’m not either. #IStandWithMunroe

Adding the Hashtag #IStandWithMunroe, which has since been trending, Amfo and other supporters stand against a group of people harshly criticising Munroe Bergdorf through Social Media, and sending the model hate messages and death threats. To her dismissal from the L’Oréal campaign Bergdorf later responded: “The irony of all this is that L’Oréal Paris invited me to be part of a beauty campaign that ‘stands for diversity’. The fact that up until very recently, there has been next to no mainstream brands offering makeup for black women and ethnic minorities, is in itself due to racism within the industry,” highlighting, underlined by the backlash she is now facing, how important her outspokenness and addressing of on-going injustices was in the first place.