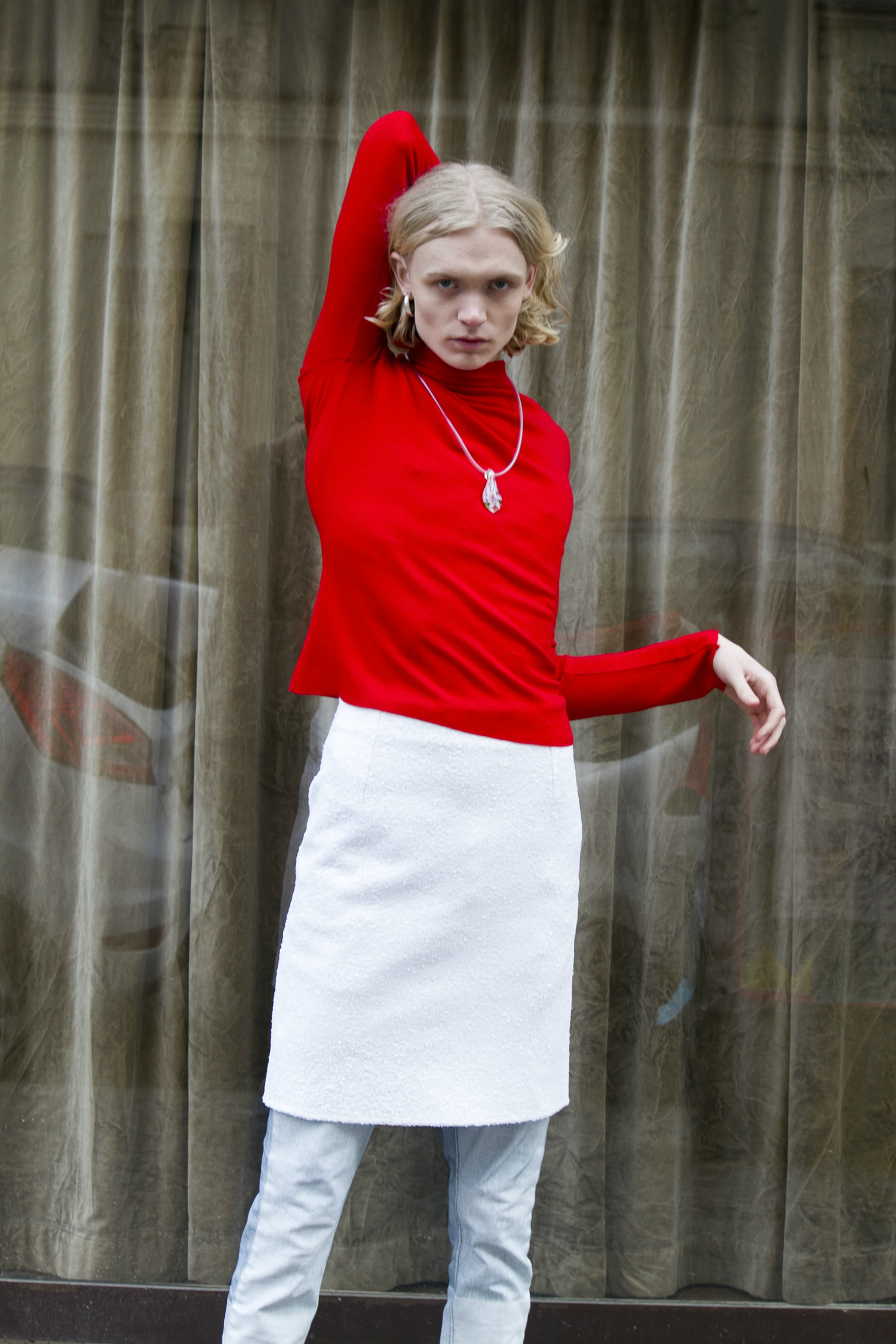 Thinking about the creative scene in Norway, and especially Oslo, one of the first things that might come to your mind is the word “silence”. Nestled in between Sweden and the Atlantic Ocean, and with a size that stretches to the far North of Europe where days sometimes only last as long as a few hours, Norway seems to be just far enough off the beaten paths drawing through Europe’s creative landscapes to provide a different approach to fashion, music, and art. Still, not being on the map also means not being on the radar, a circumstance Oslo’s creative scene, as uniquely thinking as it might be, is severely suffering from, being often overlooked by international press and audiences.

To Erik André Nes, a photographer who grew up in Bergen before moving to Oslo, however, this calmness also greatly informs the distinct style of Norwegian art, often being praised for its stripped back, minimalist aesthetic: “It’s a cliché, but a common trait between all the countries that lay on the north of Europe is that they are rather quiet compared to other countries,” Erik says, “That influences the artistic signature of the many creatives growing up or living in such an environment. The silence, nature, and mountains do something to you.”

In general, artists are not facing as extreme burdens in Oslo as they might do in less developed cities and countries, Erik says, with Norway being one of the wealthiest countries in Europe thanks to oil resources. “Everyone can live a descent life whether you work in a grocery store or in a bar because of the minimum wages and social benefits,” he explains. On the other hand, this “secure” lifestyle also leads to artists, designers, or musicians often not feeling the need to push any boundaries like their colleagues in other countries do, Erik continues: “There are definitely creatives who live a ‘’starving-artist’’ kind of life, but I think that being so privileged can affect creatives in the sense of not taking risks in their work. Everything is super organized here and some people are very comfortable in their own safety. I wish people took more risks in general – but we are slowly getting much more confident to take bold decisions.”

One of those tendencies towards a more brave future is looking beyond the known – be that your creative discipline, your hometown, or even home country. For Sunniva Hartgen, a 25-year-old stylist and photographer from Oslo, these shifts mainly show themselves in the form of collaborations between the different fields: “The music- and the fashion industry are starting to become two very visible collaborators. I feel that musicians are getting aware of the art of image building, and dare to use stylists more often.” Apart from these personal developments, there also is a greater general interest to work in creative fields, Ingrid Bredholt, founder of Norwegian fashion label Mardou & Dean, adds: “There were only a handful working with fashion ten years ago, probably some more people involved in music, but still few. The scene has exploded during the last five years, but there still is a lot to come and to achieve. We’re more hungry than before and not as closed off from the world as earlier.”

Apart from the artist’s approach to their own work there also needs to be a shift in the public’s as well as the government’s value of creative disciplines, Erik explains. Until now, young designers, musicians, or artists haven’t gotten any support from the government, nor have these fields at large. “Start-ups, especially within the fashion-industry or film, are not regarded as something important or worth focusing on,” he says, “We need some money to get the ball rolling.”

Despite Norway, Sweden, and Denmark often being put into one category as “Scandinavian aesthetic”, there also needs to be made difference between each country’s unique approaches to creativity, Erik further explains: “Norwegian society in general doesn’t have a longstanding appreciation and tradition for music, art, design and film such as our neighbor countries Sweden and Denmark have.” This lack of acceptance often leads to up and coming talents relocating to countries more supportive of their professions. “I almost feel like we haven’t taken our own scene seriously enough. The ones who wanted to get somewhere in the business went abroad,” Sunniva adds, while Ingrid also sees a direct reflection of this instance in her own work: “The questions and comments I get on my work in Norway are totally different from what I get abroad. Norwegians are kind of more skeptical. I like breaking with norms, breaking clothing rules, and Norway is a country of a lot of norms and lot of moral. It’s time to change that.”

Because opposed to countries that still need to shape their cultural identity in the first place, the distinct design aesthetic rooted in people’s idea of Norway and Scandinavia heavily restricts how designers, musicians, and artists are able to express themselves. “I’m not going to lie, I sometimes feel frustrated considering that I often feel like expressing my visual thoughts in a much more dramatic, dark, and weirder way than the typical Scandinavian minimalist style,” Sunniva says, “But there slowly is more room for people like me, and I think, in a humble way, that we are good for the industry, to make people loosen up a bit.”

One of these emerging spaces is the recently set up Oslo Runway, initiated in 2015 to support the business side of fashion as well as emerging designers after Oslo Fashion Week failed to prove itself beneficial to local designers. “It was too focused on celebrities, and ended up more like a circus, rather than focusing on getting buyers from across the world to come to Oslo. Fashion for example is the fourth biggest industry in the world, why aren’t we taking it more seriously?”, Erik says. Working towards establishing Oslo as a more interesting and integral part of the fashion calendar ever since, the city’s creative scene is determined to get the recognition they deserve, not just for fashion but all creative outlets.

“The creative scene has grown dramatically over the last couple of years, speaking of the fashion industry, the music industry and the art scene. There are more people striving to always get better, rather than settling with mediocrity,” Sunniva reflects. And as for the future, Ingrid and the rest of Oslo’s creatives already have a very clear version of what they want their home to become: “It would not surprise me if it would be more like a Berlin version of Stockholm. Weird and off, but kind of sophisticated – and not so commercial.”

With On The Rise, INDIE is looking to each time highlight the emerging creative scene of a different city – check out all other editions of On The Rise here.