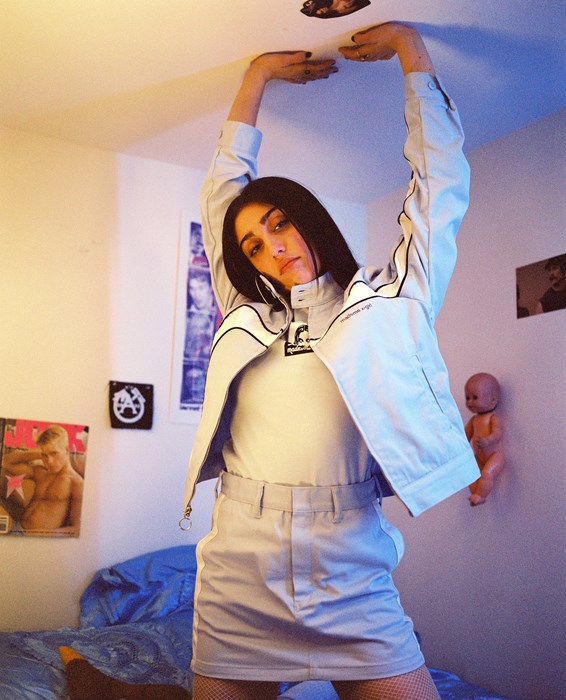 LOURDES LEON IS THE NEW FACE OF MADEME x X-GIRL

The campaign for the MadeMe x Kim Gordon-founded line X-Girl has been revealed, and its star is none other than Madonna’s daughter, Lourdes Leon, also known as Lola. The photo campaign was shot around downtown New York by photographer Mayan Toledano, Leon also features in an accompanying video shot and directed by her best friend Samuel E. Puglia, showcasing the dance student’s skills.

MadeMe founder Erin Magee’s previous designs for X-Girl have been inspired by the brand’s archive, and this season the aim was to create a young and contemporary version of utilitarian workwear. Regarding her choice of campaign girl, Magee told Dazed that she’d wanted to work with Lourdes for some time, and that the 20-year-old’s lack of online presence made her “intriguing and refreshing.” “She’s a very private person, almost underground… in an age of over exposure and Instagram fame.”

The video, a collaborative effort between Magee, Puglia, and Leon, was a joint effort because for Magee, it was “really important to me and the authenticity of the campaign that [Leon] felt comfortable, happy and proud of the work.”

The collection is available now at www.mademenyc.com.
Header image via Instagram.