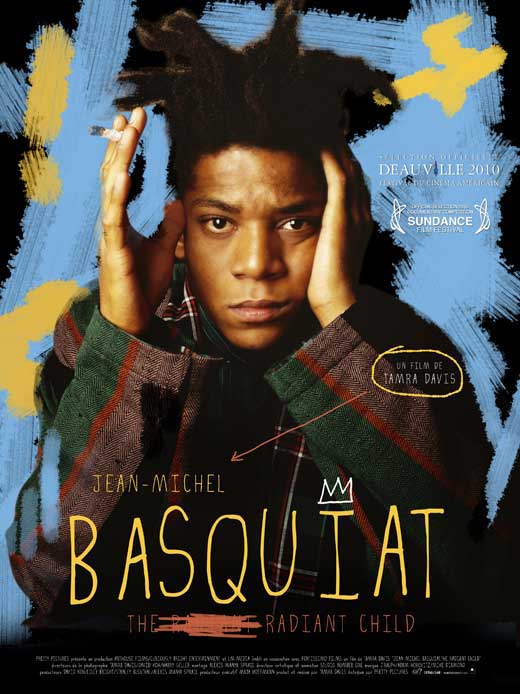 TRACING THE IMPACTFUL TALENT AND TURMOIL OF JEAN-MICHEL BASQUIAT

Covering the walls of Downtown New York with captivating graffiti and not long after the city’s most illustrious galleries with still sought-after paintings, Jean-Michel Basquiat has followed a career path that can only be described as rapid. A mysterious graffiti artist turned famed painter turned Warhol-collaborator who ultimately had to give in to his drug addiction, Basquiat built a legacy that could be right out of an acclaimed indie-movie – and all by the age of 27.

Dying on the 12th of August exactly 29 years ago due to a heroine overdose, Basquiat didn’t just leave behind over a thousand paintings but also a legacy that seems to still hold as much meaning of rebellion, and even revolution, as it did during the artist’s heyday in the 80s. Being often described as one of the first black artists making a name for himself in the art world, Basquiat generated a buzz and impact as relevant today – especially as the art scene alarmingly still is as predominantly white as it was a mere 30 years ago. Already addressing issues such as racism, police brutality, and inequality at the beginning of his career, Basquiat’s themes have not lost but gained importance given the current political and social situation in huge parts of the world.

To understand the impact Basquiat had and still has on both the art scene and pop-culture in general – Jay-Z, Leonardo DiCaprio, and A$AP Rocky are huge admirers – is a huge part of understanding how directly talent can be connected to turmoil, and rise to rapid fall. Honoring Basquiat’s legacy, that, despite its darker turns, still is inevitable to the art scene of the 80s, and today, today we’re taking a look at the key themes setting Basquiat’s work apart and providing it with the relevance it still holds today.

Although already sporadically shown in art galleries after its rise during the 1970s, graffiti at the beginning of the 80s still wasn’t entirely accepted in the art world, with artists often not being able to transition from showing their work on the streets to showing in a gallery space. Basquiat, on the other hand, used this underdog status to his full advance, intentionally spraying in the art gallery heavy neighborhood of SoHo to get the art crowd’s attention. Starting to do graffiti in 1978 under the pseudonym SAMO, Basquiat focused on ironic word combinations and sentences, quickly making him stand out among the seeming scribble’s covering the city. Even being invited to Glenn O’Brien’s still iconic TV-Show “TV Party” during his breakthrough years, Basquiat quickly became one of the most important names to know in the bubbling New York art scene of the era. Securing his first show in 1980 and with this laying the groundwork for his boundary pushing break-through, the artist soon achieved his goal of being taken in by the art world.

Although after time increasingly drifting away from his graffiti days, Basquiat throughout his whole career always drew back to his street-based beginnings, with the fusion of graffiti and painting ultimately becoming one of the most distinct features setting his work apart. As part of the neo-expressionism movement, Basquiat’s work features a heavy use of colors and direct reflections of his emotions and views, which often got associated with feelings of anger and a strive for rebellion within the artist. Juxtaposing words, scribbles, as well as larger format motifs, Basquiat has often set his paintings out to be an immediate match to his mind and his surroundings, often being directly influenced by painting in front of the TV or with the radio on. Described as simply having an unstoppable urge to paint he used everything in his immediate surrounding as canvases – walls, doors, even the fridge. On the darker side, it was his heavy drug use, which often made him work through numerous days without sleeping, being fully focused on his work.

Basquiat definitely wasn’t one to shy away from directly reflecting social injustices through his paintings, often taking on current events and integrating them into his work. In an interview shown as part of the 2010 documentary “Jean-Michel Basquiat: The Radiant Child,” he addressed the issues of prejudices and racism he was directly confronted with by saying: “Most of my reviews have been more on my personality more so than my work, mostly. They’re just racist most of these people. They have this image of me as a wild monkey man or whatever the fuck they think.” In his work “Defacement (The Death of Michael Stewart)” from 1983, Basquiat channeled these observations into displaying the beating to death of fellow graffiti artist Michael Stewart by the police in September 1983, taking a stand against police brutality and not shying away from also highlighting these issues through his work.

Depicting his own heritage

In line with this approach, Basquiat also made it his quest to portray people of color in a more versatile way in art. Directly influenced by his own roots in Haiti and Puerto Rico, Basquiat channeled the art and heritage of both countries by using details also often included in native artist’s works. The most prominent of these symbols in Basquiat’s work is that of the crown, which he set out to be something like his trade mark right from his SAMO days. In his later work, he used it for displaying black athletes and musicians as kings or saints with exactly this crown over their heads. Making Jack Johnson or Cassius Clay, the birth name of Muhammad Ali, the focus of his work in 1982, Basquiat quickly set his main themes out to be “kings, heroes, and the street,” as he once described it himself.

The notion of the artist as celebrity

During the 80s, there was a shift in people’s relation to art – collecting artwork increasingly turned into a lifestyle, resulting in artists simultaneously getting more and more attention by the public. One of these “rockstars” of the art world quickly was Jean-Michel Basquiat, with a seemingly equally pulsating life. From having a relationship with Madonna prior to her success to being best friends with Andy Warhol and partying with Keith Haring as part of New York’s illustrious Downtown scene, Basquiat was as mesmerizing as he was mysterious – which only made him all the more fascinating to the public, romanticized as a rattled genius that found shelter in painting. In reality, Basquiat’s life probably was well less glamorous than most imagine: He ran away from home as a teenager after falling out with his father, suffered from severe depression, always feeling like an outsider despite being seen as the ultimate insider. As of today, though this approach to Basquiat has hardly changed, the resulting attention luckily also makes his work still as visible as it was back then, reminding us that the issues at hand still are very much to be addressed.

Header image via The Radiant Child