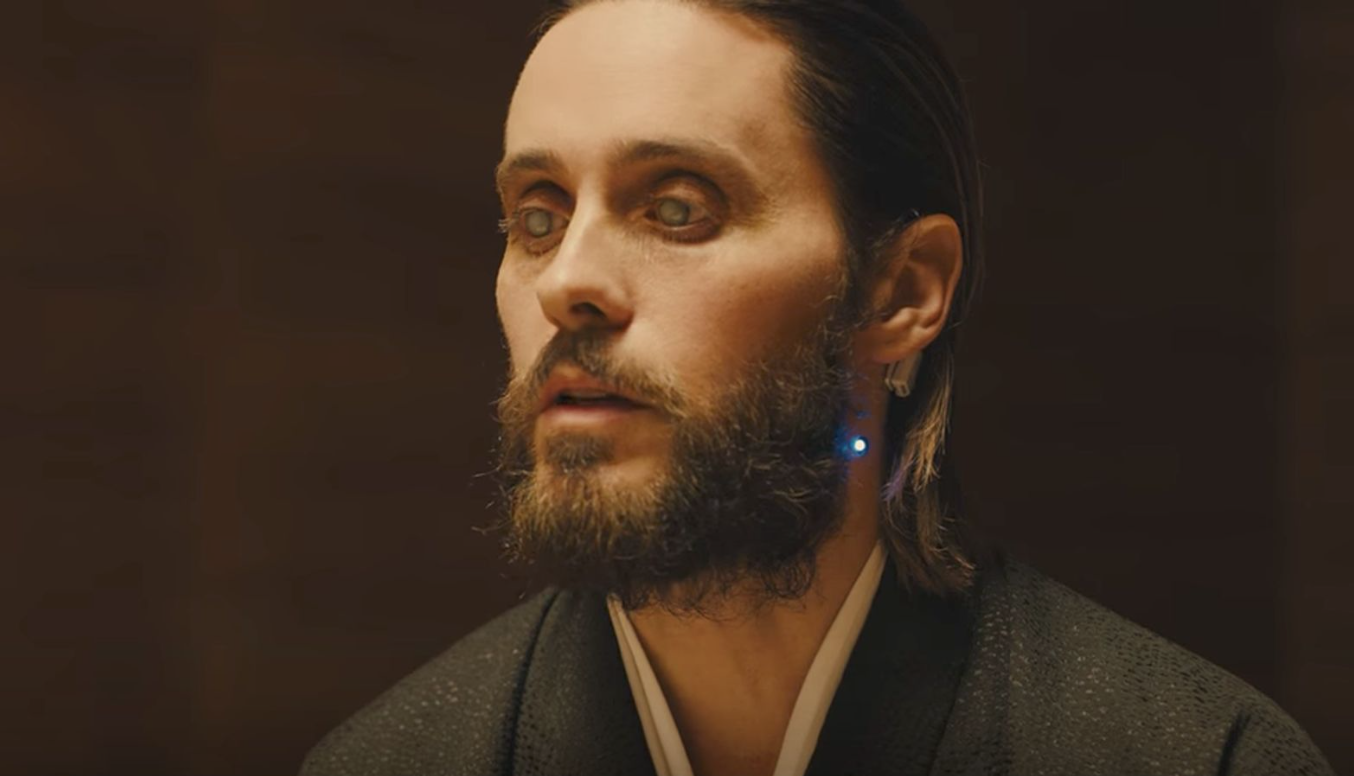 Dennis Villeneuve’s highly-anticipated sequel Blade Runner 2049 has dropped a new international teaser and guess what? It is all about Jared Leto‘s creepy and powerful Niander Wallace. Warner Bros. released the first two trailers earlier this summer showing Ryan Gosling’s Officer K discovering a secret that could end humanity, and tracking down Harrison Ford’s Deckard, who disappeared 30 years ago. But today, the new clip gives us a much more in-depth insight – and Leto is stealing the show with his creepy contact lenses.

The sci-fi blockbuster highlights Niander Wallace as the villain with a vision of a distyopian society which is to include the elimination of human beings. We already know a bit about him, a scientist who has been a power for the Replicant resurgence over the past 30 years. He is also the one who took control of the Tyrell Corporation, the replicant manufacturing company from the first Blade Runner. And it will be Officer K and Deckard’s mission to prevent Wallace from succeeding his life-ending project.

“Humanity can not survive,” Leto says in the teaser. “Replicants are the future of the species. But I can only make so many.” After making “advancements in genetically modified food and shares his patents for free, marking an end to a global crisis”, Wallace spent eleven years working on his army of robotic androids and creating an obedient and controllable replicant called the Nexus 9. From 2036 to 2049, Los Angeles turns into a nightmarish and chaotic place where people are starving and stealing, but we still don’t know the reason why – the only thing we are sure about is that no matter what film Jared Leto is in, he has to be the creepiest character in it.

Blade Runner 2049 will be in cinemas on October 6.