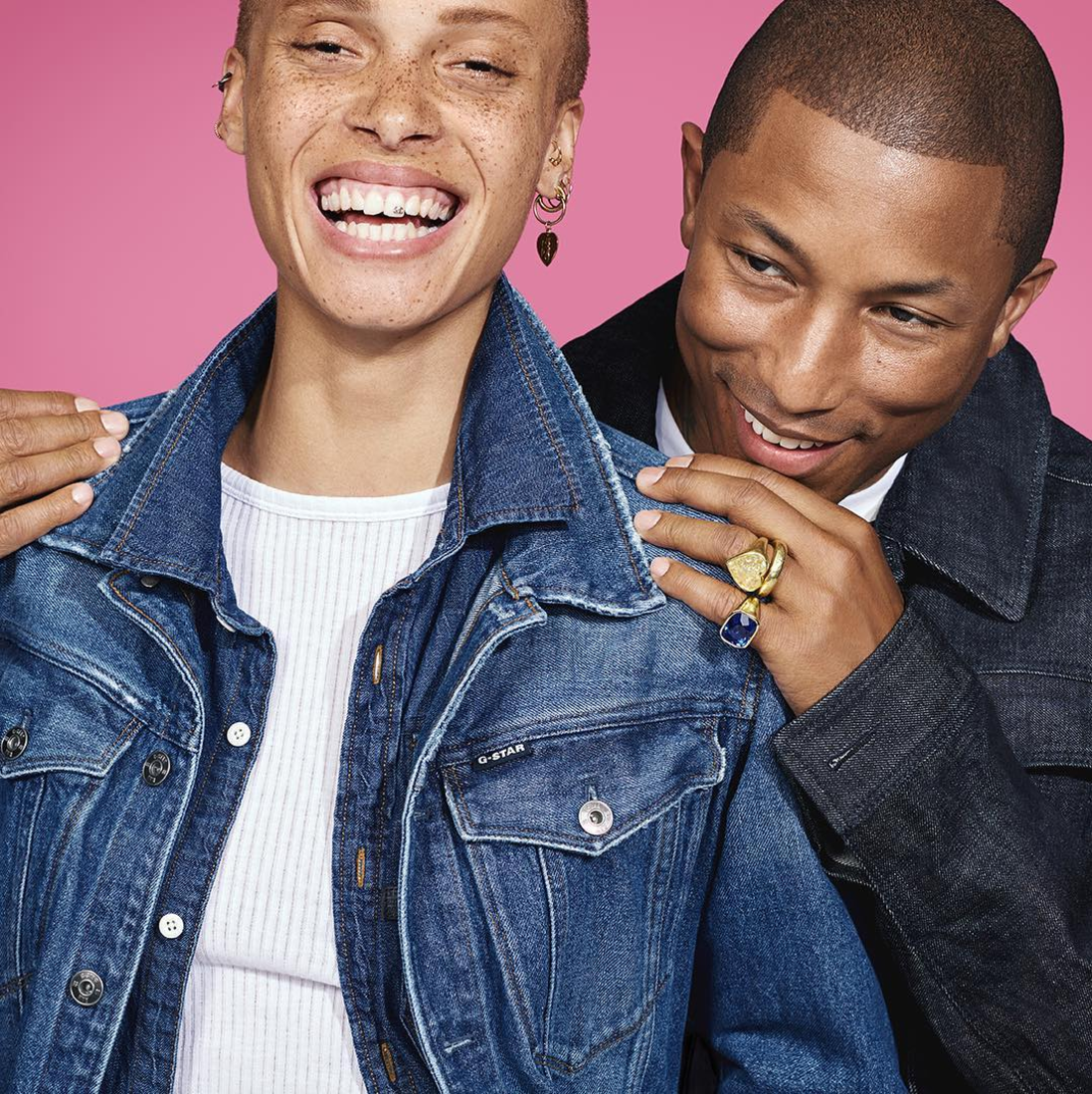 Dutch label G-Star RAW just released its new Autumn/Winter 2017 campaign – starring an impressive line-up of inspiring and stylish creatives. The cast includes musician Pharrell Williams who doubles up as G-Star RAW’s co-owner and Head of Imagination, Gurls Talk founder Adwoa Aboah and her younger sister Kesewa, Lennon Gallagher, the son of Oasis lead singer Liam Gallagher, models Brooke Perry and India Graham, and actors Connor Newall and Jean Campbell. “For this campaign we specifically chose outspoken individuals with their own sense of style. The energy that happened when this talented group of people came together was beautiful, what set them apart actually brought them together,” Pharrell Williams said about the Collier Schorr-shot campaign.

Also being a celebration of an iconic piece of denim – the G-Star Elwood – the campaign is also highlighting the importance of this particular pair of jeans. Created in 1996, it has evolved into a significant pair in history, being built around the wearer rather than traditional flat pattern. The campaign depicts how each of the shown creatives wears the Elwood in their very own way, from Adwoa Aboah’s mannish and baggy pair to Jean Campbell’s extra slim one.

The new generation of creative talent is focused on unity, not individuality. @adwoaaboah @lennon.gallagher and @jean_campbell are leading the charge. #GStarElwood

A video also comes along the campaign imagery, presenting this bunch of creatives talking about a different topic: the world we live in. Engaged figures such as Adwoa Aboah obviously take the G-Star RAW campaign to another level. “Being in a campaign that brought together people from different backgrounds with diverse looks and let them be themselves in a classic piece of clothing really appealed to me,” she explained. “Also, the message of the campaign – to be comfortable with yourself and tolerant of those around you – resonated with me. It’s a positive starting point for a conversation about accepting yourself and others.”

Identity. Solidarity. Family. Watch @Pharrell and a dynamic collective of creative talent open up on what matters most to them. #GStarElwood