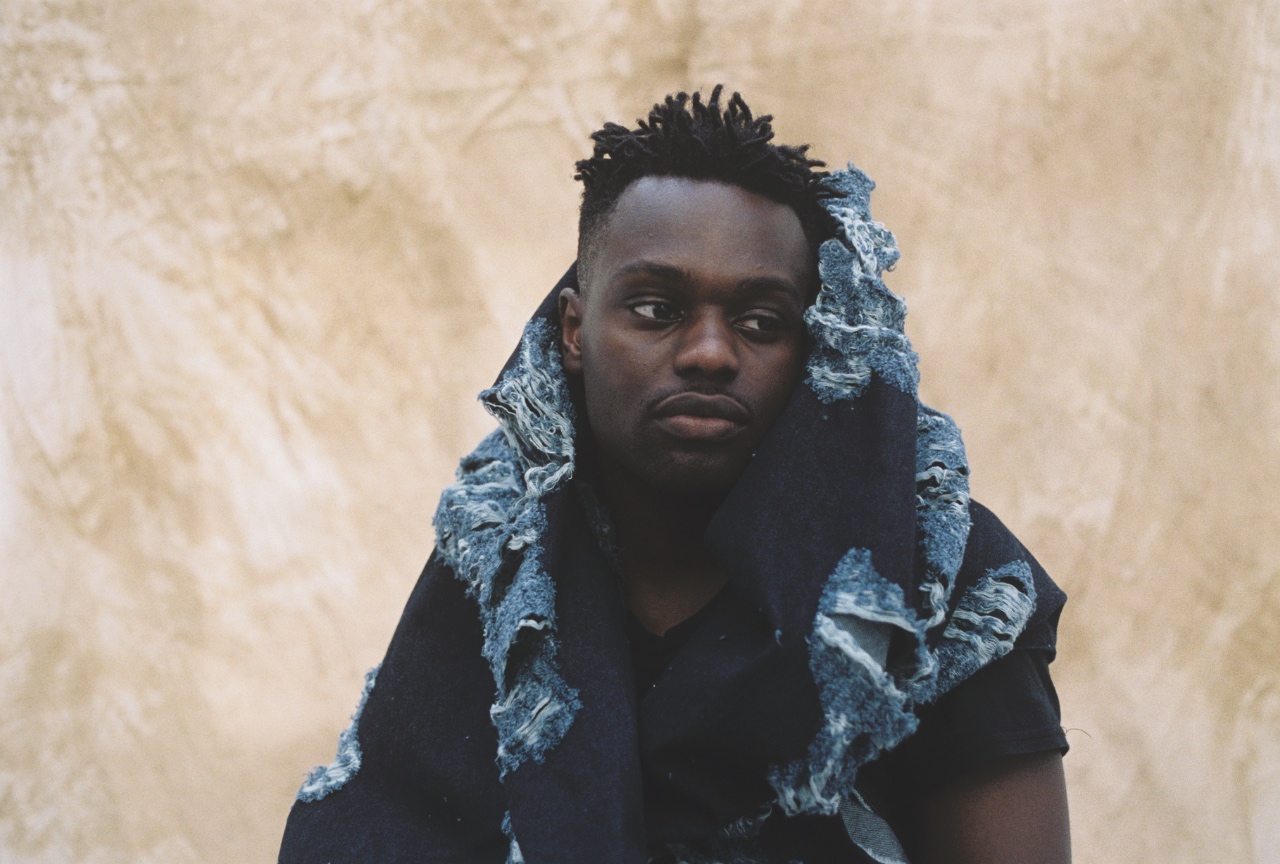 For Campbell Addy a revolution needs to happen – but in a quiet, almost tender way. Equally as tender as the images he shoots as a photographer and the content of the magazine NiiJournal he is publishing. Started as a Uni project during his studies at Central Saint Martins in 2016, NiiJournal now is the haptic counterpart to Addy’s strive towards creating visibility for people of colour within fashion, and media in general. He is capturing models of a diverse range of ethnic backgrounds in what feels like a deliberately delicate manner, with soft lightning and an all the more strong message. Backing his aesthetics with a second, political layer, the photographer isn’t afraid to address heavy hitting current topics through honest imagery, and subverting our understanding of both the person in front of and behind the camera – as Addy said in our interview, as much as he is looking to evoke a different perception of people of colour, he simultaneously wants to erase the way his skintone is often used to describe his character, with people still feeling the need to set him apart by describing him as a “black photographer” as opposed to just a photographer. We spoke to Addy about images, ideas, and ideals.

Looking at current representations of people of colour in media, fashion, or film, there still seems to be a rather one-sided idea established, with only few exceptions really tackling this topic. What is your perception of diversity within the width of pop culture right now?

I feel like the way media portrays people of colour seems to be always based around stereotypes. If you look at magazines or promotions, most black people on the cover are actors or athletes. As if those were the only professions. A lot of the times people of colour are reduced to their physical trades as opposed to their mental trades. It’s also the way they have been portrayed throughout history that created a lack of diversity. In films the black man would never be the protagonist, he’d be the thug or loud rapper or aggressive one. You would never have a film like Titanic where the two characters are black. It’s things like that in the media that have caused such a narrow minded view of people of colour. With fashion and art and photography it’s inevitable to portray what you’ve grown up with.

A lot of people are indeed particularly shaped by the experiences during their childhood and teenage years – what have you grown up with?

I grew up in South London, in a place called new Abington. It wasn’t as diverse as East London for example or other parts of South London, more of a white area as opposed to a black area. I also grew up as a Jehovas Witness so that played a huge part in terms of my upbringing. During my teenage years I started to explore a lot of different things, from sexuality to artwork and I just found myself really drawing on things I’d grown up with – particularly the duality of coming from an African household but also a very British-African household. When I went to CSM and started doing work there, I remember people be so confident, my Korean friends were so confident in their heritage and my Chinese friends too, but there was such a disconnect with me and my heritage. I think that’s when I really started to realize that I really need to look into that and start to question why am I not so excited to tell people I’m African, why am I not excited to put that into my work so blatantly as my other friends were. So when it comes to my work it just became a duality of what was me.

Did you also already start to develop your interest in photography and visual language during that time?

Growing up my brother and I were quite visually hyped. As I grew older I started to analyse and reflect more on my visual references, I realized there was such a distinct theme in imagery that I kept seeing at the time. When it comes to photography the simple things make the most impact like what roles are the characters playing, what are they wearing, how are they being shot, putting someone in a position of power by simply moving the angle of the camera, or fetishizing a persons body by editing a photo. With photography it’s very much about how you bring the image to life, it can really change the perceptions of people, even though if people know this is made up.

Although your work and NiiJournal never come across as being made up.

I try and be very honest in my work. So whatever research bases I’m looking into I try to stay very true to them instead of westernizing it. With NiiJournal a lot of the things came from looking into my African heritage so it was obvious to portray black people to portray that. I remember making NiiJournal and I literally was just making it because I didn’t see myself or my friends in another magazine. The work me and my friends did together we couldn’t imagine it fitting in another magazine. I remember one of my first articles was like “Ah it’s a black magazine” and I was really thrown backwards because there were many many other publications where the center was on white people opposed to people of colour but it’s never “the white magazine”. It’s always just a magazine, whereas if black people are doing magazines it’s a black magazine. Things like that do brattle my nose and make me think “Are they just liking it because it’s trendy and cool to be political right now or do they really like it?” It annoys me that it gets called a black magazine and I’m a black photographer and not just a magazine and a photographer.

Saying “it’s cool to be political right now,” how did your personal interest in making NiiJournal a politically charged publication come about?

I went to New York and was able to be at one of the BLM marches in Harlem and was astounded by this sheer number of deaths that have been homicides or black people being killed by police. Then I just kept thinking if I’m going to create an image and I’m researching all of these things that have a political connection like BLM or Trump, it just made sense to incorporate it into the Journal. Not everything in it is politically charged though, some things are just coming from my own life or from other artists’ ideas that they produced for the journal. For the ones that are politically charged it’s like “Here’s another version of what you been seeing in the media” and by doing that it can shed light in other ways, on another story, another angle of the story as opposed to the ones we’ve seen in the media.

How do you think we need to tell the stories shown in the media?

We need more roles, more visibility, more diversity, more varieties of the black body. It doesn’t have to come in a certain way, as human beings we are so diverse yet certain bodies of people are so pigeonholed and stereotyped it’s shocking. One major change would be that if a black person does something about black people it doesn’t have to be political. It’s just them reflecting themselves to the world. If a black person shoots something, it isn’t a black photographer or a black designer; it’s purely a photographer. It’s the smaller things that can change people’s perceptions. I feel by having that and having more variety the younger generation will grow up with a certain role of confidence. Like they can do anything as opposed to “Oh, I haven’t seen someone like me do that, can I really do that?” which then plants a seed of doubt throughout their life that keeps growing and growing. Some people can fight it and some people don’t.

NiiJournal is accompanied by the slogan “educate not irritate” – was describing it this way also a means of approaching the topic in a more subtle, or simply a different way?

I didn’t want to shove it down people’s throats, I didn’t want people to think I was trying to push an agenda even if the agenda was just trying to survive. I thought to myself how am I going to make NiiJournal impactful and that slogan is just there to remind me of that. I’m not here to irritate – I’m literally just educating people on issues that affect me and my friends, and my family, and cousins around the world. It’s just about time that you found out about them, it’s just letting you know what I’ve discovered and found out.

Do you feel like with the people growing up right now there is a bigger urge to find out about these topics as well as telling others about them?

My generation is very blessed, we grew up with the Internet and we’re able to have infinite platforms. And if you’ve got a platform you use it, when you have a platform to speak you speak about it. If you don’t stand up to your beliefs now you’re gonna just let people blow over you and complain later. It’s great for young people to be involved because obviously we are the future in a sense but also it’s just the young people that should get involved. Older people also need to speak up. But if we start doing it now by the time we’re the adults we’ll be the ones in the important places and maybe we can then make more of a difference.