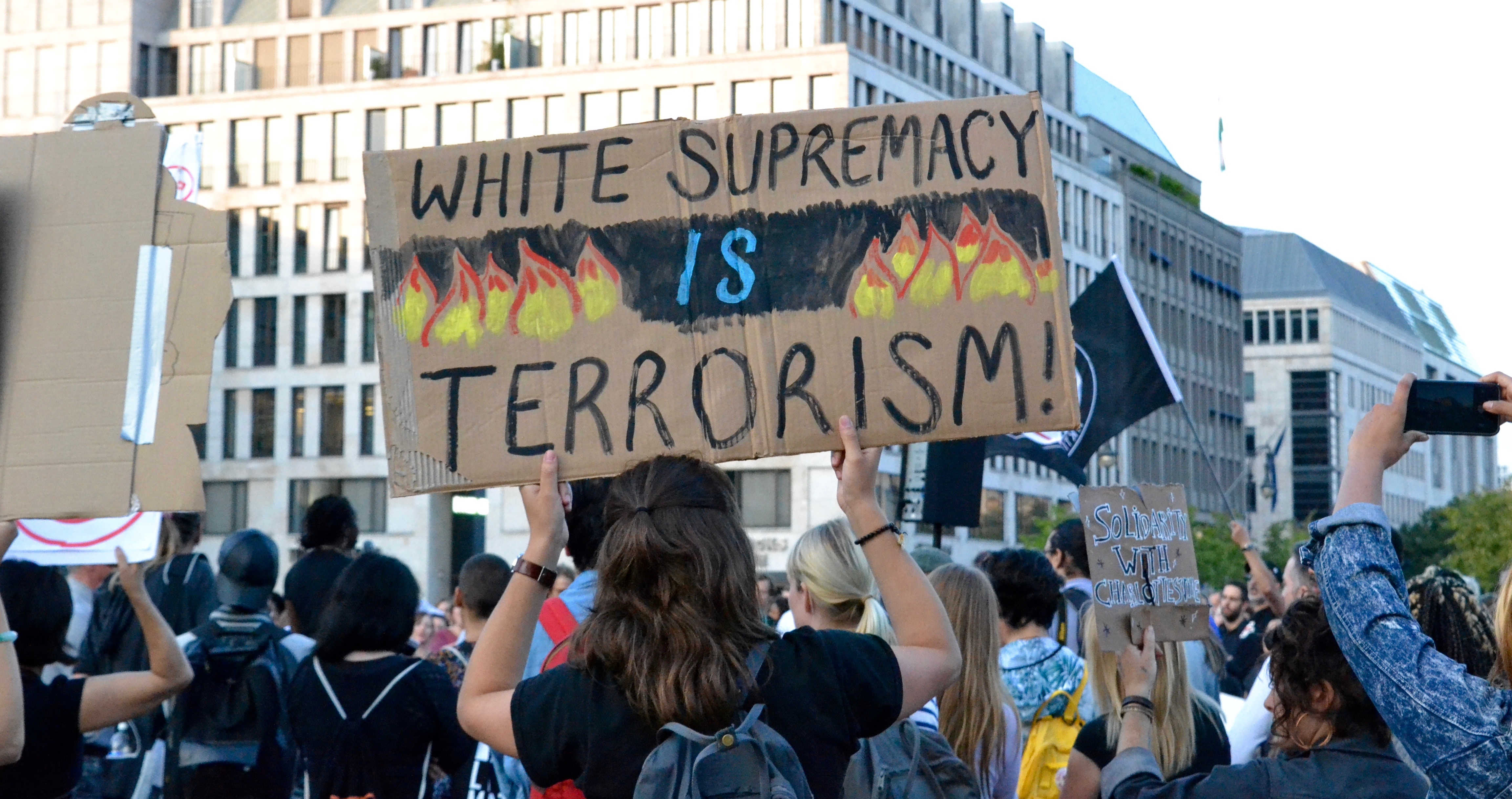 BERLIN STOOD UP AND RAISED ITS VOICE FOR CHARLOTTESVILLE

The Charlottesville events were the biggest gathering of white supremacists groups in the USA in many years and highlighted once again how the racial division is ingrained within these communities. After violence broke out between white supremacists groups and anti-racism protestors in Virginia, a worldwide coalition has gathered against right-wing hate. Berlin, like many other cities, stood up on Wednesday 16th of August at Pariser Platz for the horrific matters that took place in Charlottesville last weekend. A crowd of activists rallied to denounce Trump’s impromptu news conference on Tuesday and blame the extremists’ dehumanizing ideology. The demonstration encouraged to counter and confront fascists and not ignore them. We hit the streets around the Brandenburg Gate to meet those who showed solidarity. 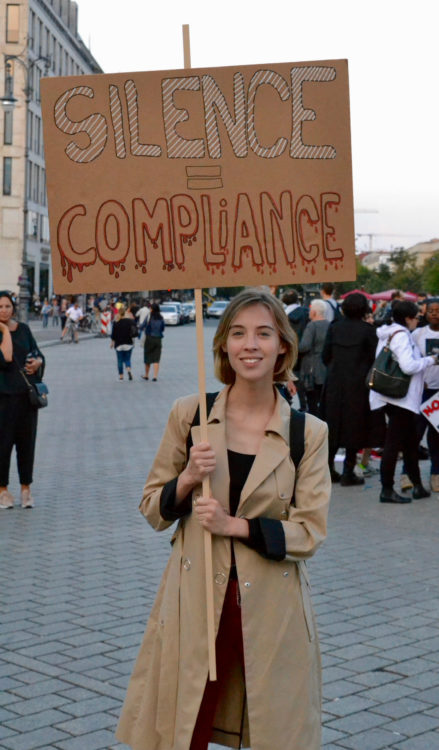 “It’s important to be here today because racism and white supremacy is currently on the rise, not only in the US but also in other parts of Europe like in Germany and France. It’s crucial to be here today to show support to Charlottesville and raise our voice because the Trump administration is closing its eyes. Neo-nazi groups are getting more and more voice, and more and more power, and we have to stop them because we can’t repeat history.” 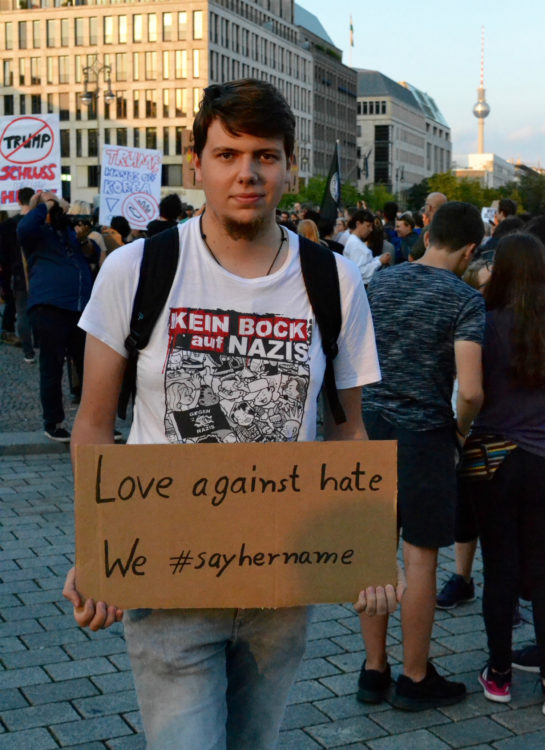 “I’m here to show that we are standing up for what happened in the US and to say her name clearly: Heather Heyer. We have to stand up and protect people against neo-Nazis and right-wing power. Thanks to my position in parliament, I try to make a change in politics and prevent Nazis from demonstrating in particular places.” 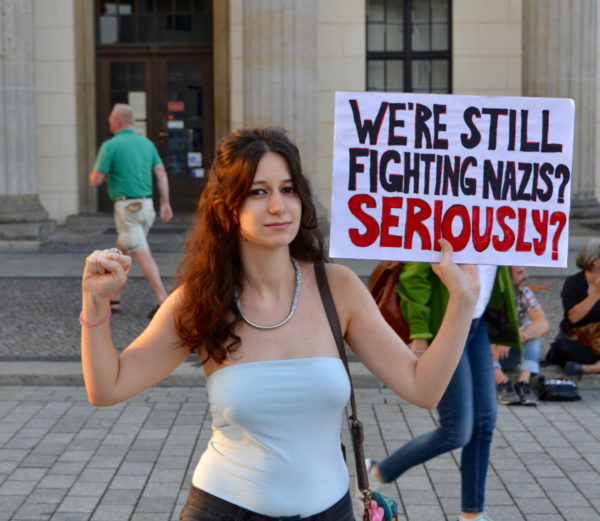 “What happened in Charlottesville was absolutely horrific. Watching the news that night was overwhelming. I’m Macedonian, in 2016 we had the “Colourful Revolution” and we had a very organized resistance towards our own government. I protested there. So when I watched the news about right-wing extremists running over people, I just kept thinking if someone would have run over us. It felt so real. That’s why I’m here. We need to show resistance and we need solidarity from the real left.” 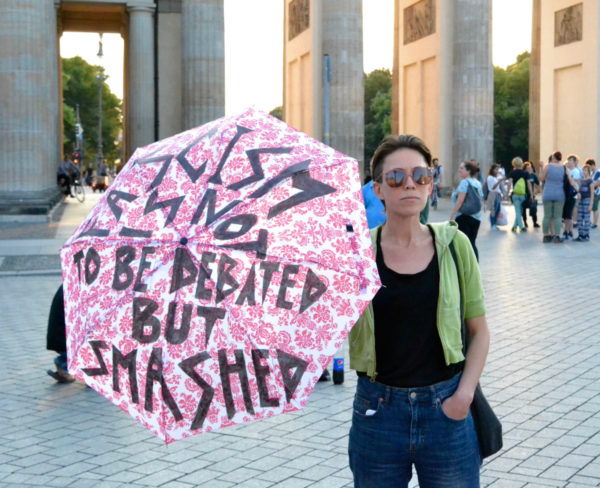 “I think that racism ambiguity has led to this point. My umbrella says ‘Fascism is not to be debated but smashed’. I think that’s what Trump is doing right now, this flip-flopping and nobody is surprised by it. He believes that racism can be debated and sexism as well. We just have to put our feet down and say no, we have to disagree and stand up for ourselves. Administration and corporations refuse to do it and politics are completely corrupted. The only way we can get this problem is by getting the people involved.”

Timothée, 22, Student in Mediation and Communication 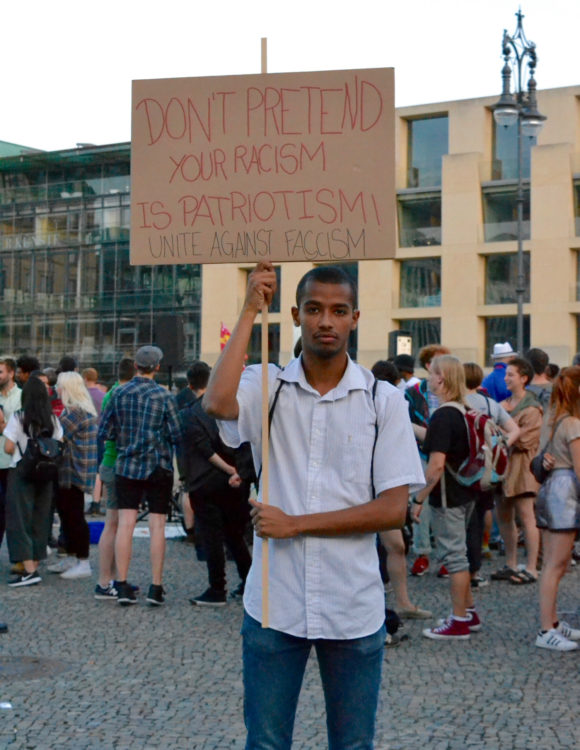 “Obviously I’m here to support the people of Charlottesville, but at the same time not really. I just came here to show to the white supremacies who are increasingly gathering and getting organized that we are gathering as well and that we are here to fight.” 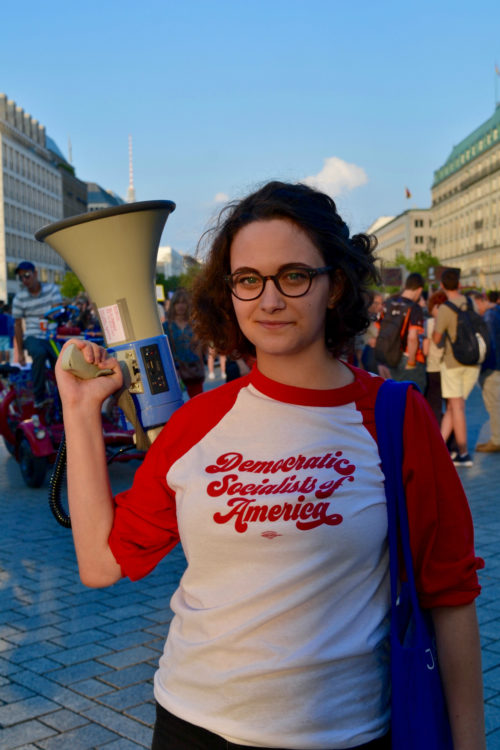 “It is important to be here to show solidarity with the victims of the attacks by fascists because it needs to be shown that people are resisting. But it is really necessary that the left, the legitimate left, not the liberals, come out and end up being the ones that are on the frontline of fighting against these people. A lot of groups and organizations like International Workers of the World and the Democratic Socialists of America and international social organizations were in Charlottesville. I’m not part of any of those organizations – because I’m here – but I feel they are my comrades and I want to be fighting the same fight as them and showing that we are part of the same project.”