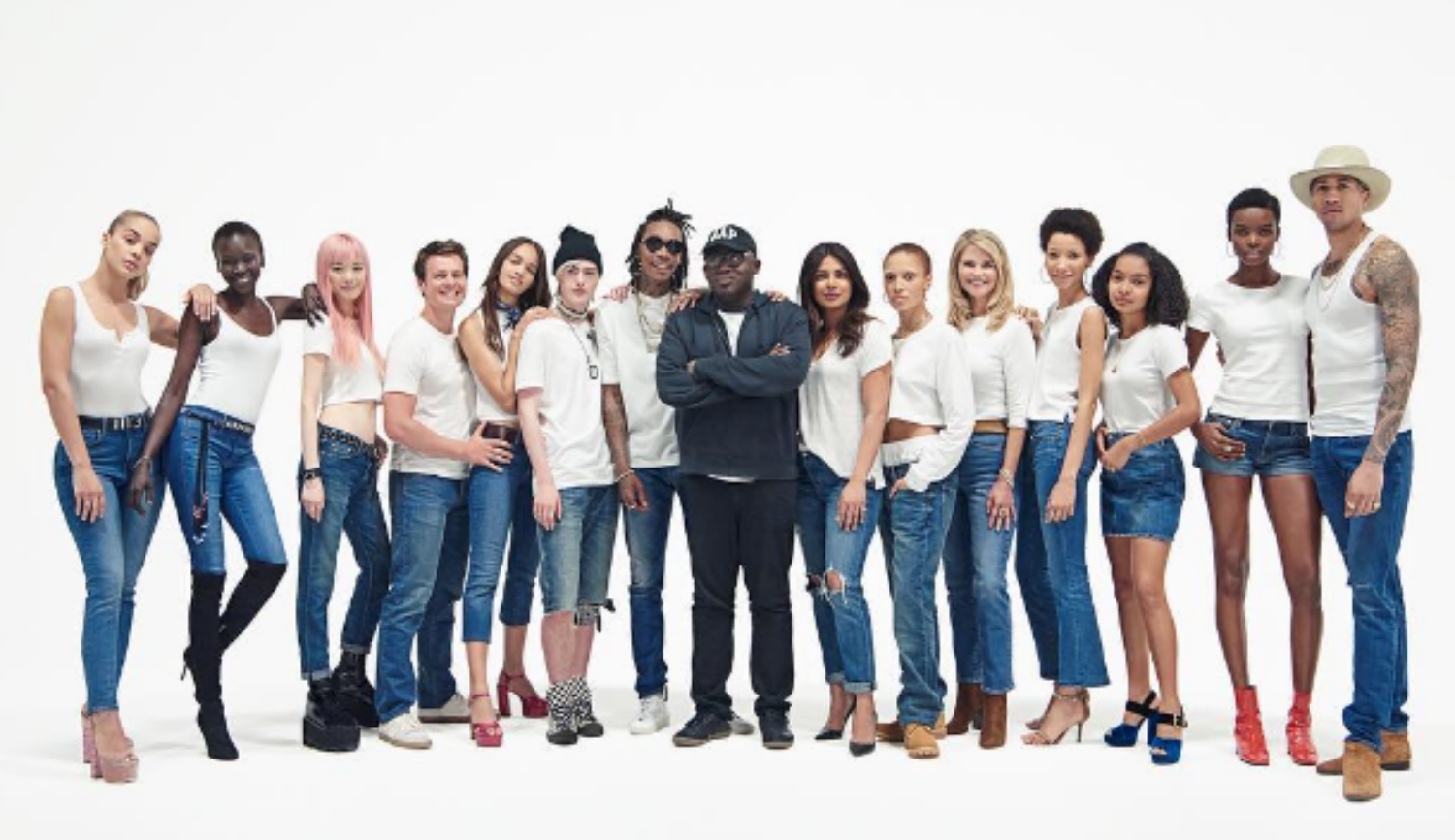 According to Enninful himself “this project is about authenticity and people living their truths”, celebrating diversity and indiduality.

In the short clip, we see the cast members singing, cheering, and dancing to Boney M’s “Sunny”, sporting basic white tops with denim bottoms, keeping in tone with the brand’s American identity.
“I love the optimistic American style that Gap celebrates and the simplicity of the basic white T-shirt that allows you to be yourself. Growing up, I loved the imagery I saw from America as it celebrated being the land of the free and home of the brave,” Enninful said.

While we collectively appreciate every effort of promoting diversity in both fashion and beauty landscapes, we can’t help but feel some what bored by the industry’s current method of positioning itself in midst of the discussions surrounding aforementioned topics. More often than not, it seems diversity has become more of a trend, something businesses (and the industry as a whole) only care about regarding their own image, rather than actively and sincerely supporting the cause. Fashion enjoys patting itself on the back by featuring the same high-profile faces over and over again, seemingly in the name of diversity, when really, it’s all about profit, and serves more of an alibi-purpose than anything else.
To be clear, this is not directed specifically towards the new GAP campaign. It simply serves as one of many examples of how brands seem to feel obligated, forced even, to take part in debates committed to changing the way we see ourselves and others for the better, as oppose to actually doing something other than force-feeding us glossy images of professional models.