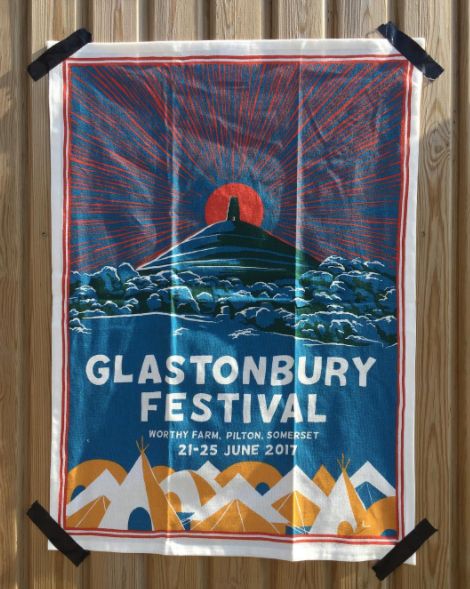 Glastonbury is fast approaching, this time in a few days you will be knee deep in mud and great tunes. We have curated a list (un-ranked) of our fave acts on the 2017 line-up. Be there or be square.

Join the herds of people flocking to hear this Spanish-Latinx goddess popping beats, having released two of 2016’s most politically charged music videos – this is not one to miss.

With his inspiration derived from all corners of the muscial milieu, this DJ will craft a comprehensive sound palette from 80s Eurobeat to Hip Hop sampling.

London-based 5 piece Pumarosa signed to Chess Club Records offer something that is lacking in the musical landscape of 2017, expect thrusting bass, compelling guitar notes, essences of dance music, the sax, and hypnotic vocals.

Nobody puts on a live show like these Aussies, offering their gnarly take on psychedelia and garage rock with two drummers alternating drum solos and a guy playing the harmonica through a bunch of guitar pedals?!

Two glorious DJs come together for an amalgamation of Antal’s trademark Brazilian and worldly-disco records with Hunee’s infectious tropical soul.

This band of supremely gifted melodists formed in Kettering lay at the forefront of an exciting new wave of British psyche, counting Noel Gallagher and Johnny Marr amongst their fans.

Few producers have made such a dent in the underground house scene as Daniel Pierce aka Eats Everything. Watch this omnivorous Bristolian house bloke spill the contents of his record collection.

Labour leader Jezza will take to the stage to introduce hip hop duo Run the Jewels and he will also speak on the Left Field stage the same day. Jez is pretty big on the grime scene having received vocal support from MCs such as Stormzy and JME, and appearing at Wirral Live Festival this year.