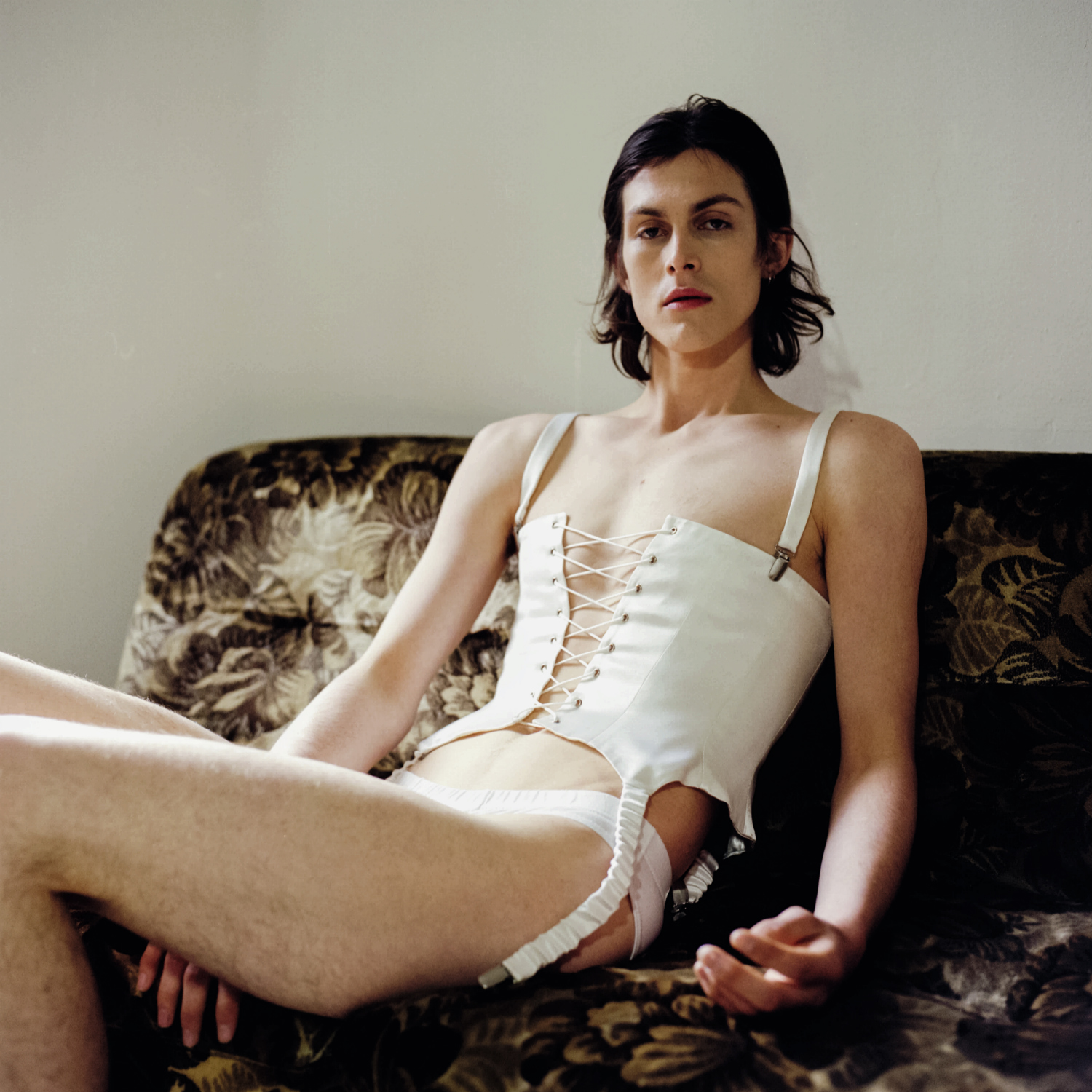 Over the course of recent seasons, menswear and the showing of such has had quite the evolution: From being the underdog and usually less important division when it comes to mens and womenswear, designers established men’s fashion week as an indispensable happening on the calendar, and, some might argue, even the driving force pushing forward ideas of clothing and identity in fashion right now, with the definition of masculinity opened up for debate and the strict border between womens and menswear tackled by more and more designers of the latter.

The S/S 18 edition of the menswear shows, which recently took place in London, Florence, Milan, and Paris and will continue in New York on the 10th of July, however, seemed to have put a slight slow-down to that progressive ride, driven by less exploring and more expectations. Grace Wales Bonner stripped back on her signature embroidery and focused on her core product, the suit, J.W. Anderson embraced a back-to-basics feel for his collection, Demna Gvasalia made the Balenciaga offering a walk in the park family affair, and a variety of other designers seemed to equally prefer playing it safe in times this rattled.

With the UK’s general election setting the mood for LFWM at the beginning of the month and the tension of the French election still present in the country’s capital during the last days, as well as over the months leading up to fashion week, it’s no surprise the overall feel was more cautious than cheerful. Still, there were nods to be noticed, hinting at the political topics at hand as well as the personal explorations of identity advocated by more and more creatives – check out our top five designers leaving their distinct marks on and off the runway at the men’s shows so far below.

After an acclaimed show in New York last season, Alejandro Gómez Palomo of Palomo Spain took his runway show to Paris for his brand’s S/S 18 offering, not short of any of the celebrated opulence shown a few months before. The rising Spanish designer, who is also featured in INDIE’s current “Obsession” issue, once again questioned the stereotypical idea of masculinity with his flamboyant clothes, heavily influenced by his upbringing and current home base in Spain. Since founding his label in 2015 right after finishing studying fashion design at the London College of Fashion, Alejandro Gómez Palomo has managed to continuously mesmerize the fashion crowd with both his clothes and the honest idea behind his label.

There were quite a few designers tapping into what has famously been dubbed normcore this season, but no one did it quite like Martine Rose. Being described as one of the most exciting designers coming out of London right now after the brands revival last January, Rose underlined her reputation by merging a dad-style approach with a progressive take on your windbreakers and suits, showing her layered office gear on both men and women, and successfully luring show-goers to an indoor climbing centre in Tottenham with this offering. Quite the journey from most show locations in central London, and quite the distinct approach in a flood of normcore.

Certainly no under the radar designer when it comes to streetwear, Virgil Abloh took his impact with Off-White to a new level by not only giving his clothes but also his views the megaphone treatment. As one of the special guest designers at Pitti Uomo this season, the other being J.W. Anderson, Abloh used this platform, both on- and offline, as a stage for political statements. The  Kanye West creative director collaborated with U.S. artist Jenny Holzer on a variety of projections that displayed quotes from refugees from Syria or Palestine on the walls of the venue, addressing the urgency of the crisis. Also reflecting this theme with the invitations, which resembled orange safety vests, it’s a message that rightfully spoke loud and clear.

As much as advocating for diversity within fashion seems to be a highly prominent topic during women’s fashion week and female related clothing and bodies, there hardly is any conversation around the issue in connection to the cast of male models. Challenging this instance through a line-up of friends that walked the runway, London up and comer Art School, part of Fashion East’s MAN this season, invited us into their world of queer couture and non-binary identifications, a colorful contrast to the suits and shirts gracing most of the men’s runways and an all the more important step into a direction previously almost unexplored in the more mainstream side of fashion.

If we would’ve asked you prior to fashion week to name one designer that is probably going to reference anything related to club culture for his or hers upcoming collection, Rei Kawakubo’s name would assumably have been dropped rather late in that guessing. Still, the creative head of Comme des Garçons was one of the few embracing color, even sequins, dancing, and joy on the runway. In the midst of uniforms of grey and black, Kawakubo’s clothes stood out like the designer’s acclaimed vanguard approach does itself, once again marking her as one favoring the bold instead of the bland.