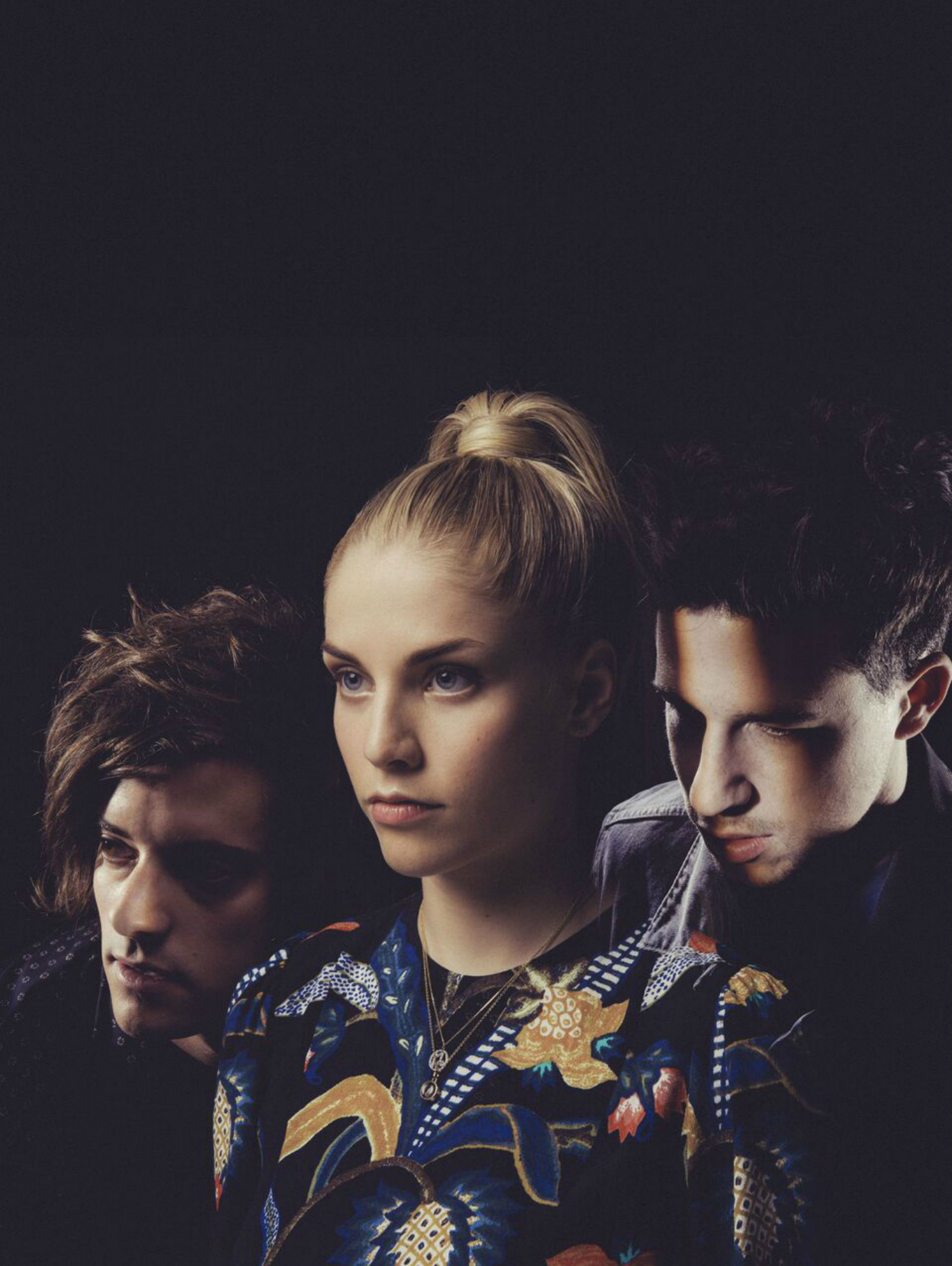 Their international breakthrough record manifested London Grammar amongst Great Britain’s most sought after, successful artists of their generation. The three-piece ensemble became best known for leading lady Hannah’s extraordinarily haunting voice, atmospheric production and heartfelt lyrics. If You Wait is the title of their critically and commercially acclaimed debut album. And, what to say? We have waited close to half a decade… After spending what not only feels like, but has actually been years(!) on tour, Hannah Reid, Dominic ’Dot’ Major and Dan Rothman have triumphantly resurfaced with what is anticipated to be one of this year’s best albums. Truth Is A Beautiful Thing hit shelves and will most likely catapult the Nottingham-natives back to the forefront of not only their genre, but the music landscape as a whole.

We hooked up with the trio in Berlin to find out all about where they’ve been, how they’ve handled the pressure of creating and delivering a worthy follow-up, and how the tumultous times we live in have possibly affected their work as artists. So, where have you guys been?
Hannah: Well, basically we’ve been recording the new album. We toured “If You Wait” for two and a half years, then had about 3 months off, and returned straight back to the recording studio.

Tell us a bit about the creative process of making this new album—what was your main source of inspiration? Did anything unexpected happen to you during the process of creating it?
Dan: In regards to the creative process, I think it probably all started toward the end of touring. “Rooting For You” was the first song we came up with, and the first one to be released from the new record. After taking a short break, reenergizing after being on the road for so long, we just started writing and recording, and things started to take shape. We usually just start with demos, things we do entirely ourselves. Afterwards, we get together with producers, develop the sound a bit more, flesh it out, and make the tracks a bit more polished. In terms of anything unexpected happening: How difficult it was. We definitely experienced it as a challenge, creating a second album that would, sort of, stand a chance against the first one. Another unexpected thing was the new people we had the privilege of working with. How well they fit in with us, how much fun we had.

While we’re at it though: Since your debut was such a tremendous success, did you fear what is constantly referred to as a “sophomore slope”? Not being able to fulfill fans’ and critics’ expectations?
Dot: I don’t necessarily think that was such a big thing for us. Being aware of the fact that there’s this first album, sure. It’s like a fourth person in the room, if you will. I think the only negative about this was that, initially, we were thinking it was going to be easier to create a second album. Which, in fact, it was not. It’s always hard to do something like this and really work on it until you’re fully satisfied and proud to present to others. When making our first album none of this really seemed to bother us, it seemed natural, in a sense.

The songs you’ve released from “Truth is a beautiful thing” are all characteristically dramatic and very in tone with the style we all fell in love with 4 years ago—have you stayed true to your roots or can we expect some serious surprises from the new record?
Hannah: This album is different from our first record. In terms of surprises, I don’t think so. My voice, the lyrics and arrangements, it will always be characteristic and essential to our sound. It will always have these “haunting” elements, I suppose.
Dot: There are artists that are much more “designed”, in a sense. Like, they deliberately create a specific sound, it’s like a set goal. That’s something that we’ve never really put much effort in. When we three, these individuals clash, what happens just happens. We all gravitate naturally to certain fields of interest, certain topics we feel the need to address through our music. Putting all of this into one pot eventually led and still leads to what you know as our music, today.
Dan: Solo artists, in particular, try to experiment with themselves and their product. Whereas bands usually evolve more naturally, as oppose to purposefully adapting new styles. We didn’t go into this saying “We want the record to sound like THIS”, it just happened, you know?

From when you first surfaced until now, a LOT has happened—we live in very tumultuous times … How has this affected you as artists or what would you say is the role of art nowadays?
Hannah: Art holds up a mirror to life. Things that go on in the world affect everybody. All of us in the band are big thinkers, so, obviously, we absorbed all of this, thought and talked about it constantly. We don’t necessarily take it upon ourselves to send out a specific message to anyone. We don’t feel it’s our responsibility as artists to preach about anything. But sure, in some lyrics you will definitely stumble upon subtle hints that deal with certain topics. The role of art, as we see it, is to hold that mirror up. To, of course, take all of what is happening around us into “consideration”. The most natural thing in the world if you work in art, is to reflect what you see, to be inspired by life and by what surrounds you. How you do it though, what message you want to share, is up to you.

In light of these recent events, have you felt the urge to revolt?
Hannah: I am quite passionate about a couple of world-political issues. Climate change, for instance, is a cause I care very deeply about, in- and outside of my personal life. I try my best at contributing towards a change for the better.
Dan: Yeah, I think we’d rather talk about things such as climate change, the well-being of our mother earth, rather than namechecking a bunch of politicians.

When thinking about the  future, what comes to your mind immediately?
Hannah: Album number three… It’d be really fun to be really old and still do music. We want to do all of this for as long as we can.

Listen to “Truth Is A Beautiful Thing” here.
Images via Katrin Baur PR.