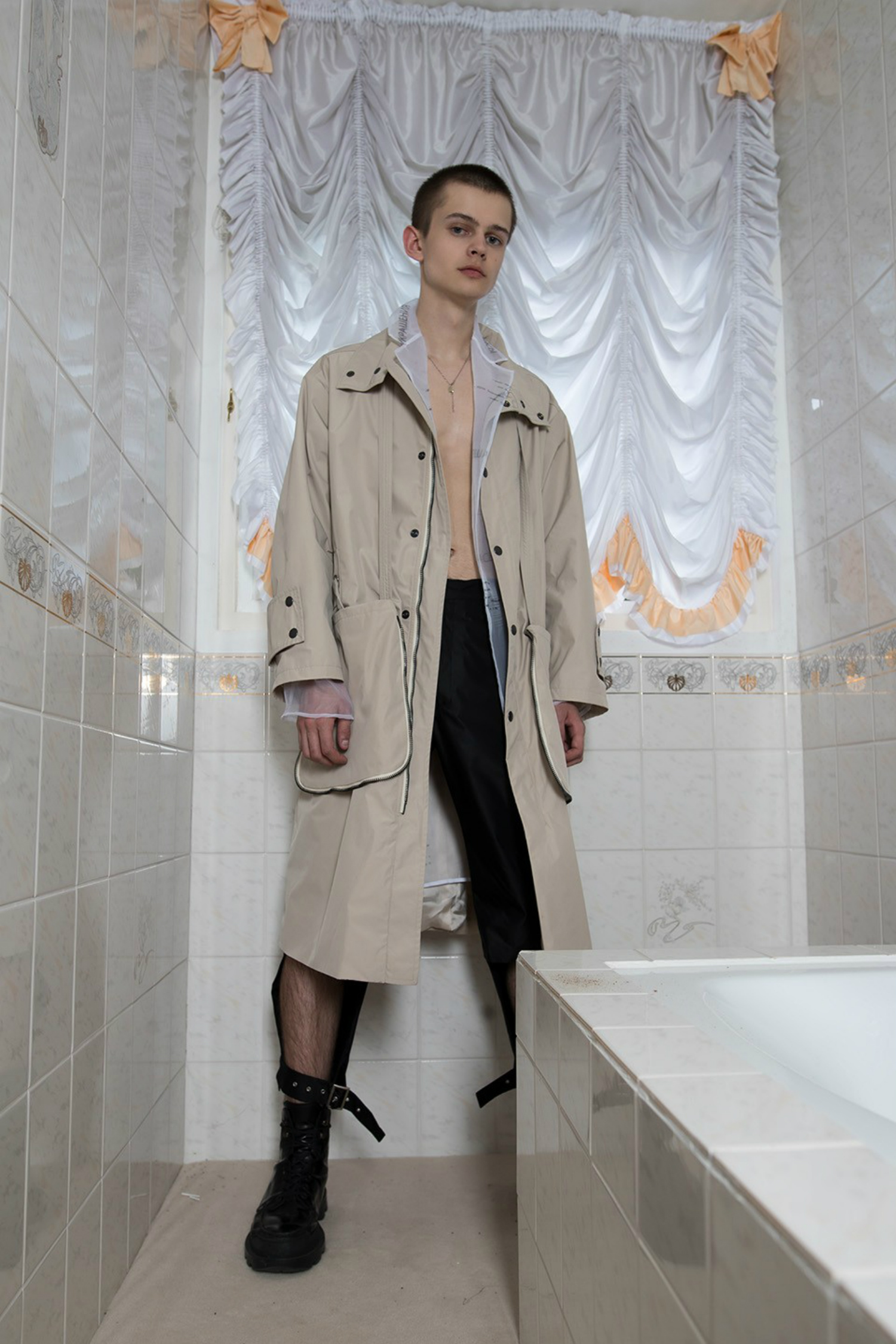 FEMINISM, PRISONS, AND OUTLAWS: THE RISING RUSSIAN LABELS TO WATCH

If we were to imagine Russia as one giant fashion house, it’s safe to say that from a current perspective Gosha Rubchinskiy would be its creative director, the gleaming designer aka photographer aka post-soviet-style-advocate that rose to the top of the country’s fashion scene in the blink of an eye, and simultaneously took over what feels like the whole fashion world with his youth inspired aesthetic. Recently returning to Kaliningrad and St. Petersburg to show his menswear collections, Russian fashion’s poster boy may be heading home, but the next generation of designers is already set to steal that crown. Treasuring their own ideas of what their homecountry’s style and aesthetic can be defined as, these emerging Russian labels might be also throwing some Cyrillic lettering into the mix, but also take on topics such as feminism, freedom of expression, and fitting in, fusing it all into one kaleidoscopic idea of Russian style.

Starting out as just another fashion brand, Outlaw Moscow has quickly evolved into much more than just clothes: Founded by Di Minrakhmanova and Maxim Bashkaev, it now functions as a collective for the creative and daring youth of Moscow, as they say “the outlaws”, united by a love for fashion, art, and shining a new light on their culture. This approach has quickly secured Outlaw Moscow a distinct international attention, with them winning the Fashion Film Awards of Nick Knight’s Showstudio in 2015 with a short film that was shot partly illegal around Moscow – a perfect capturing of the collectives approach to overcome their country’s often restrictive rules, through clothes and beyond.

Taking a trip down memory line, creative director Lada Komarova of Delada isn’t interested in capturing the current Russian aesthetic through clothes, but rather looks back at her childhood and teenage years she spent growing up in Moscow, with the country being just on the brink of the downfall of the Soviet era. For her A/W 17 collection, this reminiscing meant referencing “Babushkin Sunduks”, big trunks full of a family’s most precious belongings that were to be handed down through the generations, inevitable in Russian households. It’s an equally as varied mix that draws through Lada’s collections, connecting her unique memories with added modern day experiences.

Olga Shapovalova and Lolja Nordic of womenswear brand Narvskayadostava design clothes that come “from Russia with feminism”, as the duo puts it in its Instagram bio. Taking a stand against the restrictive ways of expression for women and female identifying people in Russia, the two former DJs put ironic slogans on socks or underwear, to provide a feeling of power and self-determination for their wearers. Predominently inspired by the 90s Riot Grrrls movement, Olga and Lolja are looking to now revive that feeling for the Russian present.

What marks the core of Crime x Punishment‘s collections is a prison – conceptually and literally. For the brand name founders Michael Sidorov and Leonid Vilner looked to Fyodor Dostoevsky’s novel “Crime and Punishment” from 1866, for the production of the clothes they decided to focus on the inhabitants of two prisons in Russia to do the manufacturing, led by their idea of giving the inhabitants an opportunity to earn money for the time of their resocialization. And with words such as “Security” and “Crime” written on the garments in Cyrillic letters, that theme seems to be both woven into and also onto the clothes.

You’ll probably hardly find anything as shining as the neon yellow coats by Turbo Yulia, a Moscow based brand founded by Yulia Makarova in 2012, set to make the future of Russian fashion as bright as her rave inspired clothes. Fusing club culture with workwear, Turbo Yulia has been stocked by Opening Ceremony and quickly adored by fashion kids way beyond the borders of her home base. With a distinct art focus, Yulia looks to creating garments as fitting for a dystopian sci-fi future as for reality – full of aliens, helmets, and more than a bit of neon.