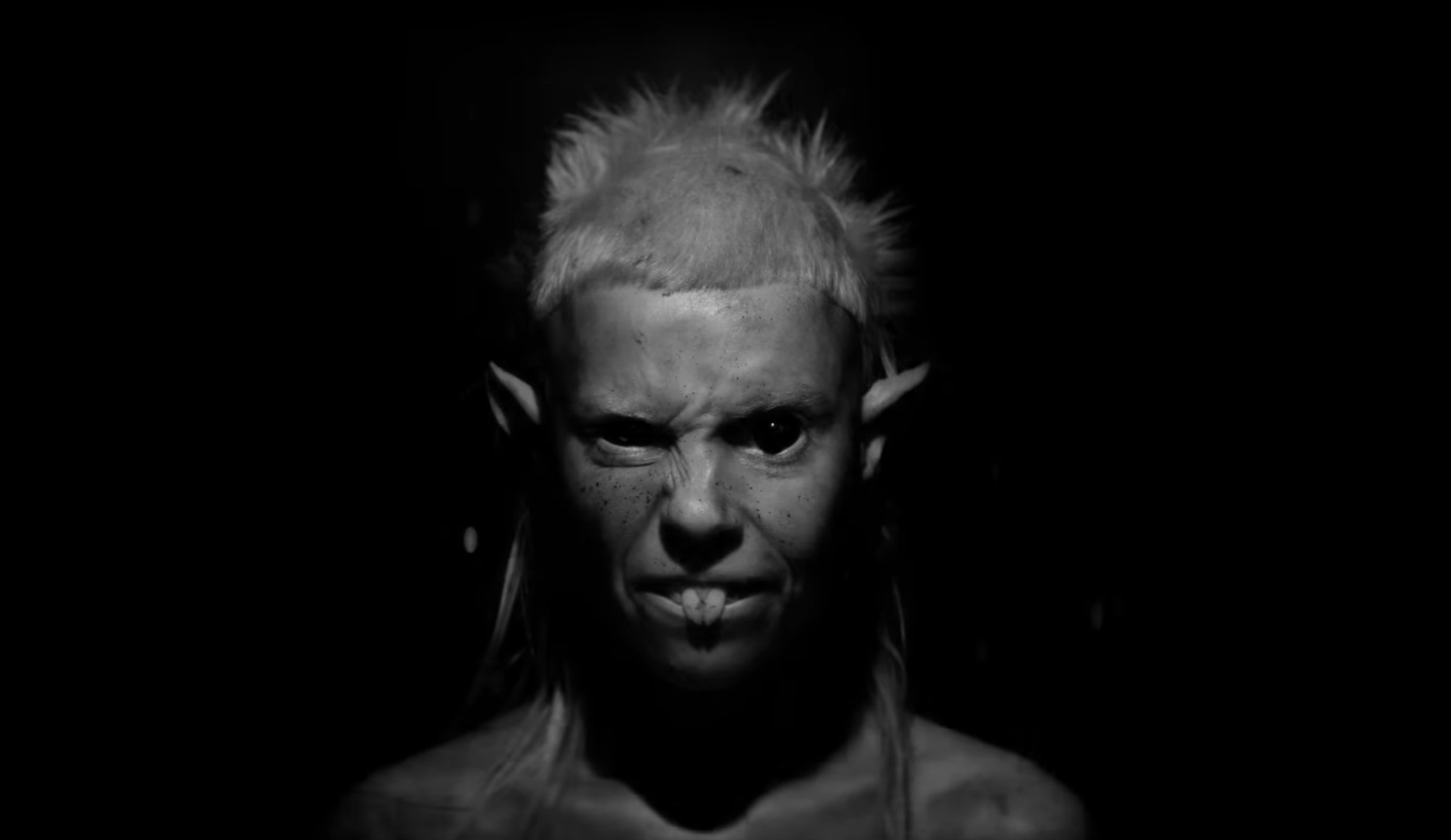 South African rave-rap duo Die Antwoord released a brand new short film, starring their daughter Sixteen “16” Jones, and American comedian Jack Black. The just-over-five minute clip is, naturally, what nightmares are made of. It’s titled “Tommy Can’t Sleep” and sees 16 in the titular role of Lil Tommy struggling to go to bed due to rat infestation and noise in her abandonned-looking home. After a failed attempt at seeking help from his parents, he is lured into the basement by Yolandi Visser, who tells him of everything that awaits him, including “Boobs”, “Freaks”, and even more “Rats”. Not sure if we would’ve followed, but Lil Tommy seems intrigued and accompanies Visser to what seems to be the basement of the house, where some sort of party takes place, with Big Tommy (Jack Black), possessed by someone or something, coming after his past-self(?)… It’s probably best you just go ahead and see for yourselves below. As YouTube may or may not point out beforehand, viewer discretion is advised.

This is one of few things we’ve heard or seen from Ninja and Yolandi ever since they’ve announced that their upcoming album, The Book of Zef, will be their last. Whether or not “Tommy Can’t Sleep” serves any specific purpose concerning promo for Mount Ninji and da Nice Time Kid‘s follow-up hasn’t been revealed. We’ll keep you updated.