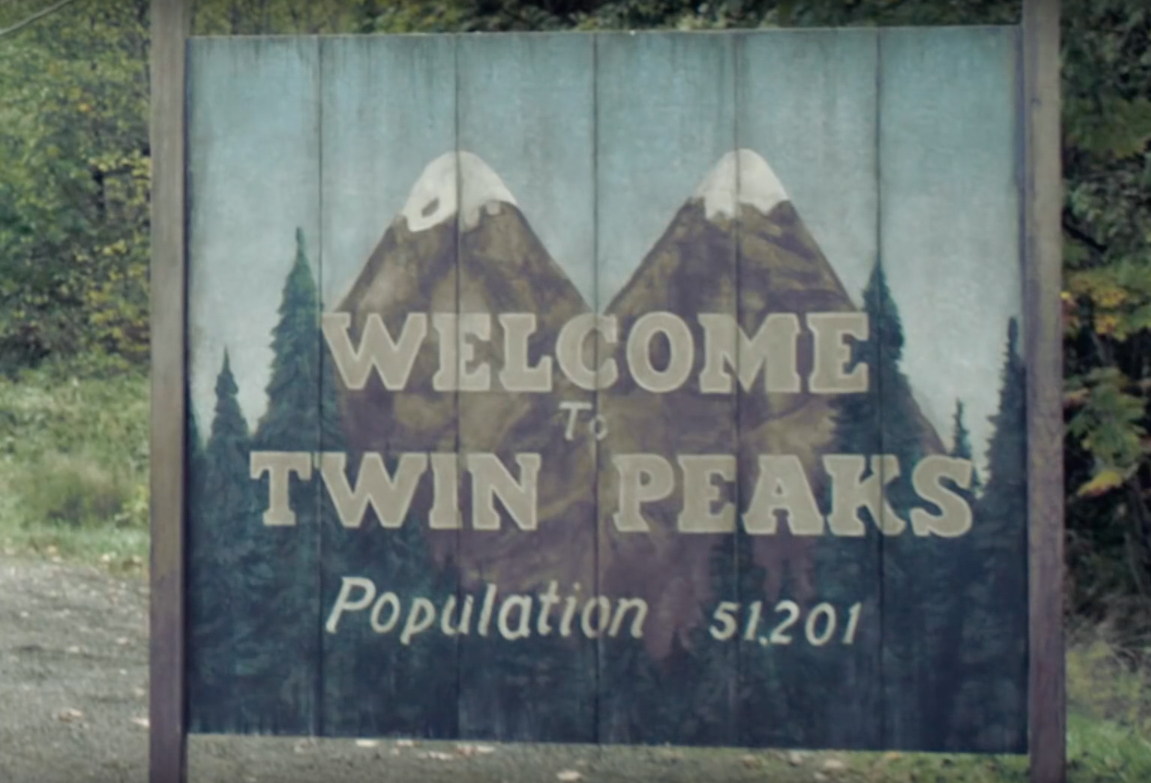 When David Lynch’s now famous Twin Peaks first aired over 25 years ago a lot of things pointed to it becoming rather unsuccessful. The most important one probably being that the series’ network, ABC, decided to cancel it after a mere two seasons due to declining ratings. And still, during its two year air time and especially afterwards, the series not only gave our perception of success a whole new meaning, but turned out to be even more than that: impactful. With an on-going influence spanning almost as many years as that said 30 episode run, from premiering on April 8th 1990 until its highly anticipated reboot starting today, Twin Peaks went on to dominate TV, music, and fashion both aesthetically and atmospherically. An effect unheard of before – and at least as intriguing as watching Agent Cooper try and work out who killed Laura Palmer.

The pretty-but-sadly-murdered former prom queen found dead near a lake right at the beginning of the series doesn’t just mark the starting point of a surreal murder hunt lead by FBI Agent Dale Cooper, but also introduces one of the key elements Twin Peaks brought to popular culture: The myth of the dead teenage girl. With an at first seemingly innocent protagonist surrounded by a more than suspicious town, the core of the Twin Peaks plot has now been adapted by countless TV-series – back in the 90s, it was a real novelty with its protagonist alien and unreachable to both the watchers and the characters.

As was not letting the audience understand everything at first glance, but rather challenge it to really dive into the story to get it, a decision only intensifying the series’ already mystic aura and perfectly highlighting another pioneering aspect Twin Peaks debuted: creating a world as mesmerizing as it is unique. The small town was like a perfectly curated Pinterest board, constantly covered with a warm filter, running under the theme “mysterious” and really marking everything in it as exactly that. Not only the plot revolved around a murder case, but also the town itself, the fog, the people, even the cherry pie seemed to constantly hide something, turning the series from fiction into an actual feeling. Or as David Nevins, CEO of Showtime, the network now running the show, explained in an interview: “‘Twin Peaks’ as a place is a proper noun, but it’s almost become an adjective.”

Still, despite its cohesiveness, Twin Peaks also was the refreshingly weird, even deep one in a time when television usually lost its thought through characters and storylines to the movies. An FBI agent solving cases by throwing rocks at glass bottles, a lady taking a log everywhere she goes, and a deep likability accompanying all these characters made Twin Peaks a series that emphasized on the uniqueness of each character – and its cinematography. Even though at the beginning of the 90s precisely composed sets and Terrence Malick-like lingering shots where still reserved for feature films, David Lynch as director and Mark Forster as producer persisted on their aesthetically pleasing approach – introducing a form of television previously unheard-of and simultaneously paving the way for the boundary pushing and abstract thinking shows and films of latter years.

This string of the dark and disturbing paired with a sense of weirdness that drew through Twin Peaks didn’t only make David Lynch ultimately become synonymous with a certain atmosphere that can be felt through the screen and resulting visual style, a trait only few directors are ever able to achieve, but also managed to far exceed its TV frame and leave its distinctive mark on the broader pop cultural landscape.

After it was first announced that Showtime would run a third season of 18 brand new Twin Peaks episodes back in 2015, especially designers seemed to take a mental trip back to the small town and its knitwear-heavy fashion. In the 90s, the series’ costume designer Sarah Markowitz created a wardrobe as awkward as it was appealing, with thick sweaters, loads of plaid, and probably only Agent Cooper ever looking really put together in his signature suits. There even is a list on the Internet ranking all 118 sweaters shown throughout the show. For his Autumn / Winter 2016 collection, Raf Simons went equally crazy for cozy, with an extensive variety of oversized sweaters and coincidentally showing on David Lynch’s birthday. MSGM on the other hand focused on Twin Peaks’ nature appeal for their Autumn / Winter 17 collection by printing forests onto dressed and working with the show’s signature shades of deep red.

Combined with composer Angelo Badalamenti’s now iconic opening theme Twin Peaks’ colors and scenes were coated with an eerie layer, subtly but impactfully underlining the series’ topics and influencing music to this day, both on television, as a new way of telling a story, and off. In 2013, Sky Ferreira named her debut album “Night Time, My Time” after a similar line Laura Palmer says in the movie “Fire Walk With Me”, which David Lynch released in 1992 as a first prosecution to the series. Ferreira, who also often references Lynch in her music videos, was also announced as a new cast member for Twin Peaks’ 2017 revival – with a role especially created for her by the director, somewhat blurring the lines between the series and reality.

If you had to put Twin Peaks into keywords, you’d probably end up with something along the lines of red, wood, coffee, cherry pie, and murder. Not the worst summary for a TV-series, especially one that only thrives on its oddness, that still stands out because everything in and about it truly stood out, still never made you doubt the series’ validity, despite its surreal twists and turns. Today, you don’t have to know Twin Peaks to know Twin Peaks. The series has become a pop-cultural phenomenon influencing and intertwining way more fields than we at first glance recognize – much like the theme of the series itself: The beauty and boldness of what lies underneath.