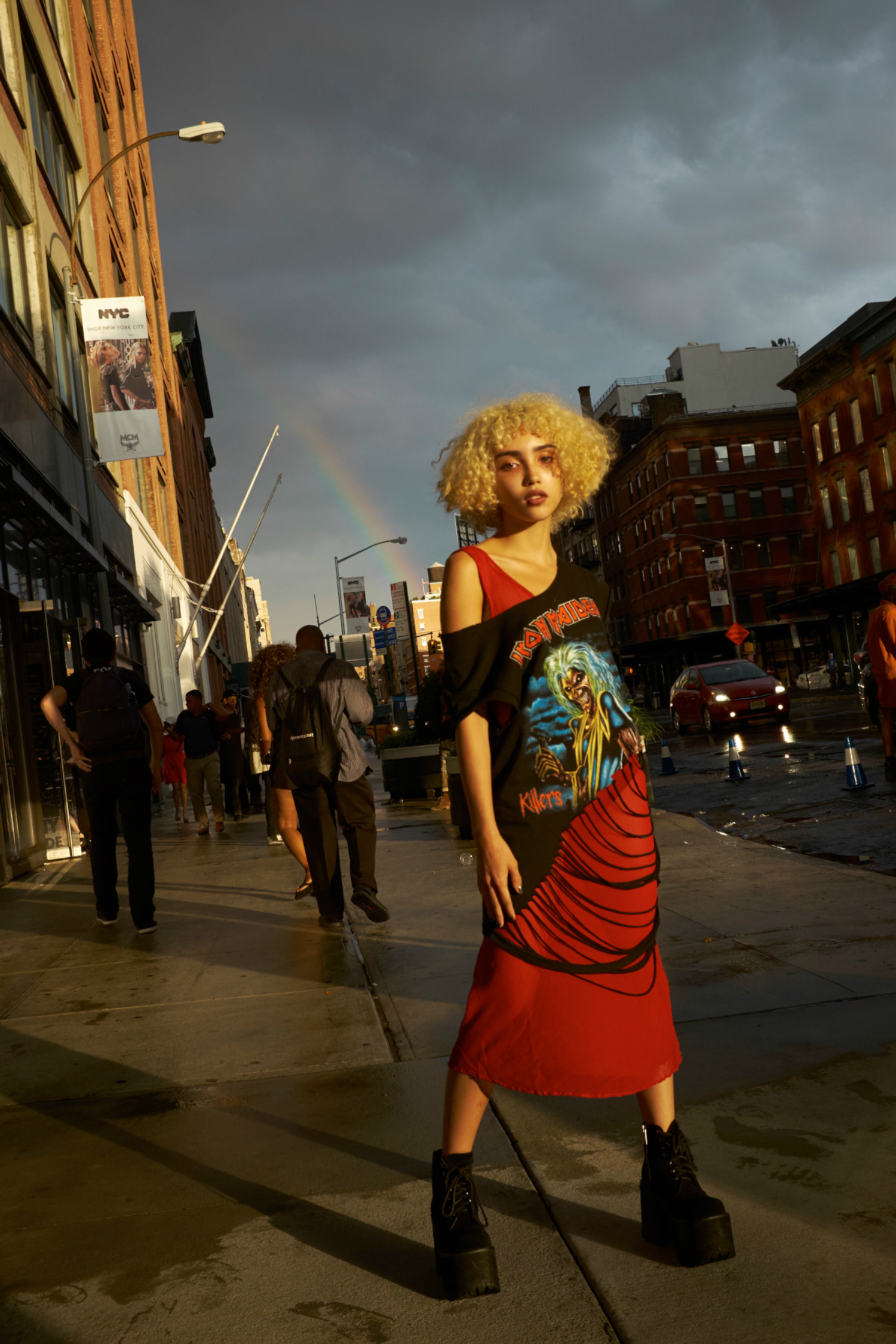 Ask any creative person out there about the separation of their work and the goings-on in their private life and they’ll probably all tell you the same thing: disconnecting your creativity from the things affecting and happening to you on a day to day basis is nearly impossible. And, despite that division probably being the easier way, channelling what you know best and experience the most intense into your work often also achieves the most raw and honest results. That’s why for Isabelle Chaput and Nelson Tiberghien, the duo behind photography and video making studio Cesar Love Alexandre, that intersection actually is inevitable.

Being a pair in both their work and personal lives and basically hanging together 24/7, Isabelle and Nelson’s photography is both evidence of and way of escaping their unique relation, as the duo explains: “Everything in our work is the result of a mix of both of us. Especially our differences are fundamental, as they are what creates a dialogue between us and makes us go beyond our own ideas. Of course compromises are a big part of our lives, as a couple and as a duo, but we are really proud of being able to do it because it is necessary for a team.”

Creative pairings, if just by work or beyond, have always drawn through and dominated the visual landscape, especially of fashion. Because despite the industry’s shining figures, it also often are the people collaborating over years that push things forward and ultimately benefit from their combined strength. John Galliano had his creative soul-mate Amanda Harlech who transformed all his eclectic ideas into runway settings, J.W. Anderson almost exclusively works with photographer Jamie Hawkesworth for his campaign imagery, distinctively sharpening the brand’s visual style. Mike Eckhaus and Zoe Latta run Eckhaus Latta, Marta Marques and Paulo Almeida do Marques Almeida, and Lucie and Luke Meier, also a pair in their private life, will debut their first collection as creative directors of Jil Sander this fall.

For Isabelle and Nelson, as for all these other duos, starting to create together wasn’t something they could plan but rather a development that just happened: “We experienced a very symbiotic love from the beginning of our relationship and we began working together right away, it just felt like it was supposed to be. We never really thought about it.” After first falling in love in New York two years ago, the pair almost immediately moved in together in France, and has recently returned to the US’s creative hub. From there they work on building their network and portfolio one image at a time – a quest that especially benefits from them always thinking along the same lines and sharing the same goals.

“Of course we are two completely different persons with different characteristics, but we are lucky enough to be quite complementary, which helps a lot to not kill each other when you are 24/7 together,” Isabelle and Nelson say about their work relationship. In their images on the other hand, the duo’s varying approach becomes all the more visible, with Nelson having a background in film making and a rather adventurous approach and Isabelle being the more classical one who already discovered her love for photography as a kid. “Our aesthetic is very much the result of our symbiotic relationship. Our pictures reflect a wedding between a typological, documentary, neutral and static approach to a dynamic cinematographic and narrative story-telling. Nelson is the fire and Isabelle is the air of the hot air balloon.”

With their work ranging from photos to videos to GIFs, apart from always finding the perfect intersection of their distinctive visions Isabelle and Nelson also try and strive to push the boundaries of the existing ways of capturing a moment. “From the beginning we decided that photography is not just about taking pictures, and that the future of photography is through the use of all mediums, not just the camera,” they explain, “For us beauty is in everything really. It is such an amazing rush of adrenaline when you know you just captured the magic moment, frozen in time. It is very reassuring in a way. And that goes for a fashion shoot of course, but it is even more so for street photography.”

Constantly striving to explore the most rough and raw settings and fusing these backdrops with their experimental approach, Isabelle and Nelson explain they have no interest in simply repeating what everybody else is doing. “Nowadays we live in a flood of images from social media and the internet which is amazing because art and photography have been so democratized, but it also means that those images often become repetitive and ‘boring’ because they lose meaning.” Rather, as Cesar Love Alexandre they want to focus on the little abnormalities that make an image stand out – from its competitors as well as its predecessors. “Of course we have references, and we are inspired by others, it is ineluctable. We just don’t want to play safe, because there is no reward in that.” With such distinct visions as well as their bond to back them up we’re sure their road of street embracing photography is far from ending.