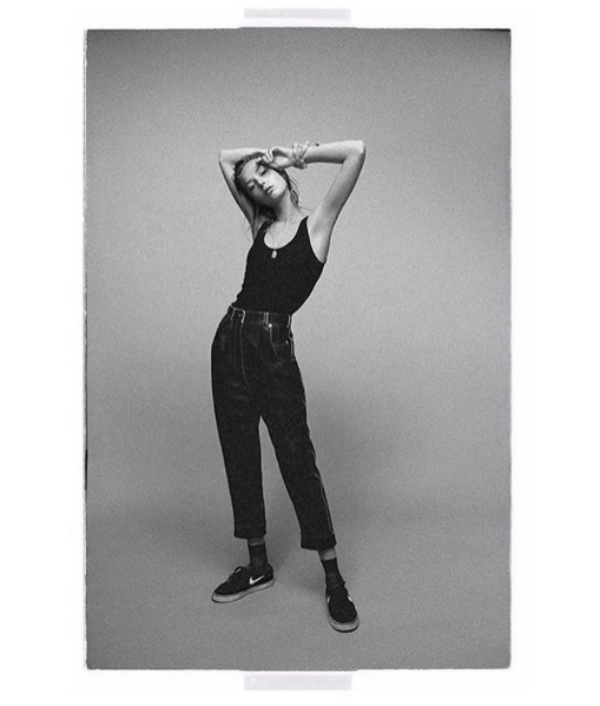 After news broke that Balenciaga was allegedly locking models in a stairway back in March and Casting Director James Scully accused the brand of “traumatizing” its models on Instagram, another model scandal is now coming through and addressing the still inhumane behaviour of the fashion industry when it comes to models: 20-year-old Ulrikke Hoyer just took to Instagram and Facebook to shine light on how Louis Vuitton casting director Alexia Cheval had told her she “needs to drink only water for the next 24 hours” and ultimately dismissed her from walking in the brand’s 2018 Cruise show because of her “bloated stomach” and “bloated face”.

This happened after the Danish model, who is a regular on fashion’s runways and even was a worldwide exclusive for Louis Vuitton’s Fall 2016 show, already had her fitting and been confirmed for the brand’s show held in Kyoto on May 14th and had flown to Japan. Ulrikke reports that she starved herself because of the Casting Director’s comment yet still didn’t fit Louis Vuitton’s demands and was sent home without a proper explanation a mere hours later.

Despite the humiliating experience, as Ulrikke states on Facebook, what bothers her the most is the immense pressure, both physically and mental, that is still being put on models, especially affecting and damaging younger girl’s perception of their body and general beauty. “I cannot accept the ‘normality’ in the behavior of people like this. They find pleasure in power over young girls and will go to the extreme to force an eating disorder on you,” Ulrikke writes, “I am glad I am a 20 and not a 15 years old girl, who is new to this and unsure about herself, because I have no doubt that I would then have ended up very sick and scarred long into my adult life.”

Also taking a stand against these excessive body expectations, France just banned ultra thin models from working in the industry as well as making magazines point out which pictures have been photoshopped or retouched last week. Following this important but still rather late step considering how long these stereotypes have been shown in fashion, industry insiders like Hari Nef and Pandora Sykes also immediately supported Ulrikke Hoyer’s coming forward and talking about a part of the industry that has too long been kept quiet. Still, a statement from Louis Vuitton is yet to be released.

I just returned from Tokyo/Japan, where Louis Vuitton held a beautiful cruise show in Kyoto, I just never made it to Kyoto cause I was canceled for the show due to being ‘too big’. (I’m a size 34-36) Ashley Brokaw’s caster Alexia had said that there had been some problems during the fitting. According to her I had “a very bloated stomach”, “bloated face”, and urged me to starve myself with this statement “Ulrikke needs to drink only water for the next 24 hours”. I was shocked when I heard it. I woke up at 2am and was extremely hungry. The breakfast started at 6:30am – I had the absolute minimum. I was afraid to meet Alexia so my luck she didn’t arrive until 8am, when my plate was taken off the table. She said good morning to me and the other girls and looked at me, then down on my non-existent plate and up at me again. She was checking if I had been eating food. At 7pm my mother agent from Denmark called my to tell the sad news that Louis Vuitton had chosen to cancel me from the show without the refitting and that I was going to be sent back home. Not only did I have a belly, my face was puffy now also my back was a problem. I am glad I’m 20 years old with an elite sports background and not a 15 year old girl, who are new to this and unsure about herself, because I have no doubt that I would then have ended up very sick and scarred long into my adult life. TO READ THE FULL STORY CLICK IN MY BIO!!!!!!! #LVCruise2018 #mistreatmentofmodels #AshleyBrokaw #thefutureisfemale #sowhyeatingdisorders #youknowitstrue #shareifyoucare #jamespscully