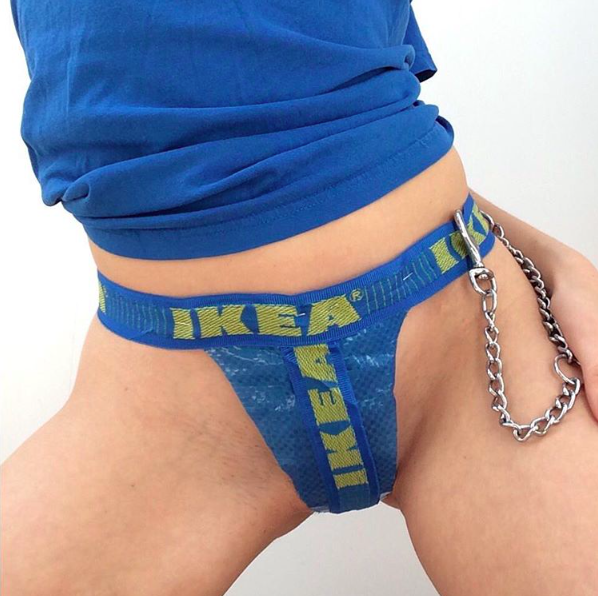 IS IKEA THE NEW STREETWEAR TREND BRAND OF THE SEASON?

Yup, you read that right! In what appears to be a string of events, IKEA has more or less purposefully established a name outside of its “fast furniture”-status. The fashion world, in particular, seems to be continuously embracing of the Swedish company. But what exactly is it that makes a brand fully focussed on Scandinavian-esque, chic and cheap interior so appealing to the fashion scene? The answer, as you may expect, is pretty simple, actually. It lies beneath pretty much the only item IKEA offers that comes close to apparel: The Frakta Bag. And as a result of that it seems as if IKEA streetwear might be the next big thing…

The Frakta bag has been around for quite some time now. Every single one of us owns one. Whether it’s for our laundry, groceries or for, basically, anything that requires a large, sturdy, easy-to-clean method of carrying things. Why has it taken so long for us to appreciate this cult of an accessory, you may wonder? Well, the big, blue Frakta tote did not really enter the radius our trend-radar until Demna Gvasalia-led French luxury retailer Balenciaga famously ripped off IKEA’s design for a high-end (2000 USD, to be exact) leather-version of the iconic Frakta a couple of weeks ago. As to be expected, social media went crazy over this, ultimately resulting in IKEA itself responding to the copycat-move through a sassy campaign designed by the fellow-Swedish ACNE Collective.

All of this naturally inspired creatives all around the world to take it upon themselves to make use of the Frakta outside of its natural habitat. Such as Amsterdam’s STUDIO HAGEL, whose team created a sneaker creepily similar to Balenciaga’s popular Speed Trainer, and made from Frakta’s blue plastic and yellow IKEA-branding.

As if this wasn’t enough, Chinese designer Zhijun Wang, who also created the YEEZY Boost 350 V2 masks, took the IKEA bag and created another, already-gone-viral mask-version of it.

Find some of our (and the internet’s) favorite crossover Fraktas, including an IKEA-bralet and, wait for it, sweatpants(!), below.

We teamed up with our friend @chinatownmarket to create this piece of headwear. Made in Los Angeles, these will be releasing next week. #pleasures #pleasuresnow #ikea #chinatownmarket