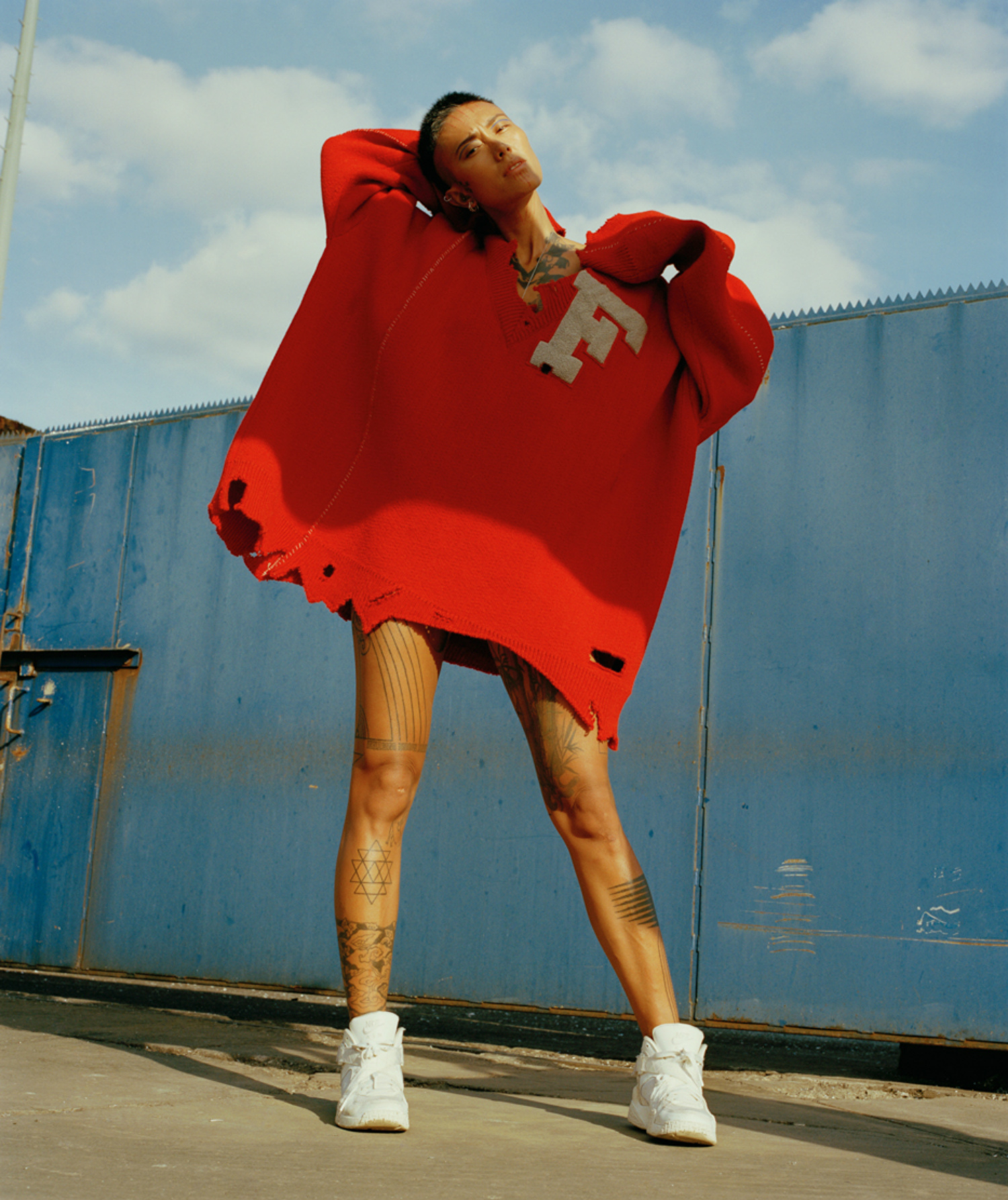 While it might not be the first thing that comes to mind in this context, Californian SKYY Vodka has always been a proud supporter of particular social causes, such as marriage equality in the USA. This year, the liquor company is planning to shed a light onto nightlife and diversity. To start off what is to become a long line of different creative approaches to this project, SKYY teamed up with Berlin-based photographer Vitali Gelwich and had him photograph some of the city’s art and nightlife scene’s brightest stars. In celebration of SKYY Vodka’s DIVERSITY campaign, the photographer Vitali Gelwich not only created intimate portraits for an exhibition taking place in Berlin, but he also talked about what diversity means to him and where his muses fit in.

The SKYY-DIVERSITY-campaign allowed you to photograph people taken from your personal environment, entirely independent from their cultural, sexual or religious background – what was it, though, that convinced you to participate in this project?
Vitali Gelwich: What I liked about this campaign is that I was given total creative freedom. So, I chose to give the hard working individuals that are often in the background, dealing with everything going on behind the camera, a face. I found it important to give them some sort of platform and cherish them for their accomplishments. Of course, having to work with so many different characters was quite challenging. But it was worth it.

What does “Diversity” mean to you?
Diversity, to me, is thinking outside of the box. It’s respect and love for one another. Nobody’s perfect, but humanity can get a lot closer to perfection by starting to love and appreciate diversity. It’s give and take.

How relevant, or present, is diversity in your day-to-day life?
I’m surrounded by it constantly. It’s inevitable. Everyone’s different. Finding certain similiarites, connecting things or people, as oppose to differentiating and labeling them, is my job as a photographer. Without diversity, none of this would be any fun at all. I don’t like just travelling in the same direction all the time. Sometimes deotours are so much more enjoyable.

However, the people on the photographs: Who are they and what do they do?