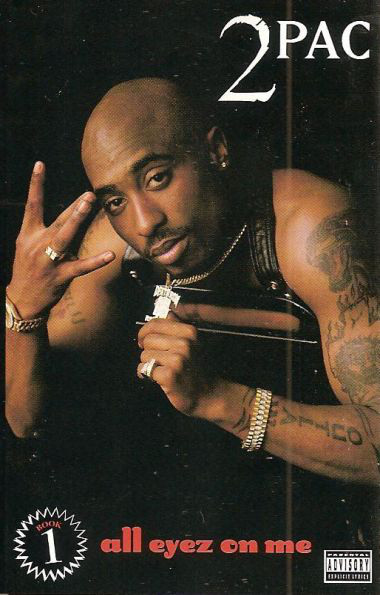 ALL EYEZ ON ME: TUPAC BIOPIC TRAILER AND VLONE-COLLECTION REVEALED

It’s safe to say that Tupac Shakur, or 2Pac, is one of the biggest names in the music industry. His undying legacy has clearly stood the test of time and endured more than 20 years since the late rapper’s untimely passing in 1996. To this day, Tupac inspires artists of all ages and genres, as he achieved legend-like status in the rap and Hip Hop scene and the music industry in general. With this in mind, it seems more than strange that Tupac Shakur’s tragic story has not been brought to life in film so far. But that’s finally about to change. This summer, June 16th to be exact, will mark the day the highly anticipated Tupac biopic, All Eyez on me, will hit theaters.

Diretor Benny Boom has been working on this project for quite some time now, but it wasn’t until today that the anxiously awaited trailer finally arrived on YouTube. Watch it below:

Demetrius Shipp Jr. was cast to play the legendary rapper and will portray him on his journey from the bottom all the way to becoming one of the biggest artists in rap music’s history. It will also feature actor Jamal Woolard reprising his role as (Shakur’s bro-gone-rival) The Notorious B.I.G..

In addition to these already exciting news, A$AP Bari’s label VLONE collaborated with music-merch retailer Bravado to create a 19-piece capsule collection inspired by the late musician. It will be sold exclusively at the VLONE Tupac “Powamecca” Café in New York – a venue created in celebration of the collaborative project and Shakur’s upcoming inauguration into the Rock and Roll Hall of Fame – starting Friday, April 7 through Sunday, April 9.

The Tupac biopic, All Eyez On Me, is expected to hit movie theaters June 16th. Find the VLONE Tupac “Powamecca” Cafe at 178 Ludlow St, New York 10002.