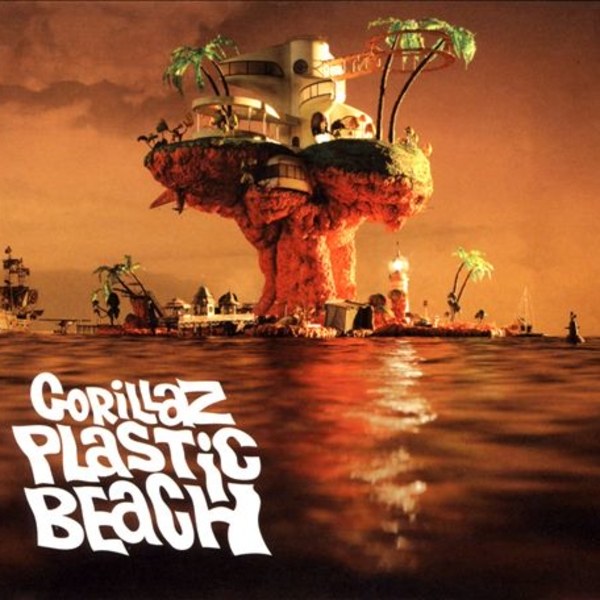 Gorillaz fans, gather around! Our favorite animated band brought to life and led by Jamie Hewlett and Blur’s Damon Albarn, have more big news. Let alone the fact that the cartoon-quartett are scheduled to release what has to be one of the most anticipated new albums of the year by the end of this month, but they have also curated their own festival, collaborated with Sonos on an interactive installation  AND later this evening Beats1 by Zane Lowe will premiere yet another new Gorillaz track from the upcoming record. But before we get too ecstatic, let’s take it from the top, shall we?

First off we have the aforementioned Demon Dayz Festival, curated and headlined by none other than the Gorillaz themselves and held at the Dreamland themepark in Kent, England. While any other information on the event’s showcase is yet to be revealed, tickets for Demon Dayz have already sold out entirely. The very mythical yet official website states nothing more than that it will feature “three stages and an eclectic line-up to be announced soon”… We will definitely keep you posted on this one!

Next up, news arose yesterday that the band would be working with Sonos on an interactive, audio-visual experience hosted at pop-up locations in Brooklyn, Berlin and Amsterdam, respectively, in support of their upcoming album Humanz. The so called “spirit houses” are inspired by the group’s latest music video for “Saturnz Barz”, featuring vocals from Jamaican dancehall artist Popcaan. The haunted-house-like installations will include merchandise, artwork, digital projects, new music and more. RSVP via Sonos’ Website for Brooklyn (April 21-23) and Berlin (April 28-30) or casually stop by the Amsterdam-venue on May 6th. Watch the “Saturnz Barz”-Video below to mentally prepare yourself for the spirit house-experience:

And finally, it was announced via Instagram yesterday that today, at 5pm London Time, Zane Lowe’s Beats1 would exclusively premiere another new Gorillaz track, titled “Let Me Out”, their powerhouse collab with rapper Pusha T and R&B-legend Mavis Staples. What seems like a rather unlikely gathering of very different styles is, without any doubt, going to be one of the most interesting talked about releases of the week.