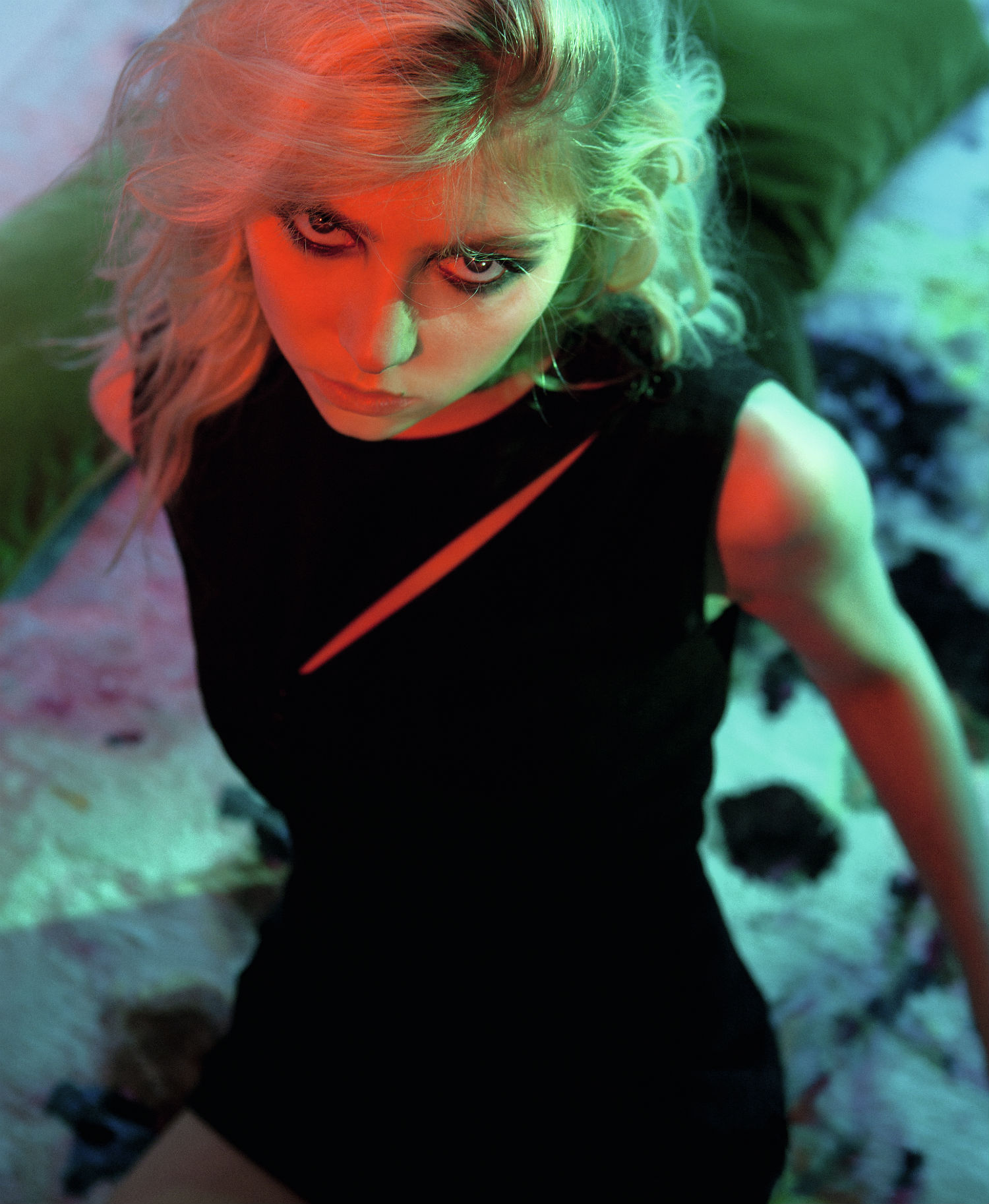 Taylor Momsen’s acting career is far behind her. Her last gig was portraying Jenny “Little J” Humphrey in the cult series “Gossip Girl”. A role she very obviously grew away and apart from. Eventhough she seemed to have the world at her feet, offerings from some of the biggest film studios out there, Miss Momsen decided to distance herself as far as possible from the industry, her former image and possible ex-Hollywood-Alum bonus.

Rather than being forced into corsett-like scripts, she and her best buddies and bandmates drummer Jamie Perkins, bassist Mark Damon and guitarist Ben Phillips live their very own version of the American Dream. As The Pretty Reckless’ frontwoman, Taylor Momsen personifies the truely unpredictable and dangerous spirit of Rock ‘N’ Roll. In a genre traditionally more male-dominated than any other, Taylor demonstrates pure, through and through unapologetic Girl Power.

Taylor, what’s it like to be the front woman in a rock band today? Do you think being a female artist in showbiz is any different than being male these days?
The biggest thing is that I’m being asked a lot about it. But in reality we’re just playing music. We all live on a bus, we stay in the same hotel and do the same thing every day. For me there’s really no difference. We are a rock band. Our goal is to grow. Rock ‘n roll is so powerful because it doesn’t limit you. It allows you to be yourself. To be who you are as a person and as an artist. You can go anywhere. It’s amazing to have that freedom.

You entered show business at a very young age. Did you ever feel like you missed out on a normal childhood?
No. I guess I just had a different childhood compared to the average kid. I don’t know anything different than what I experienced. I am happy where I am now with my band. So I don’t really think of it like that.

Did you have any female idols growing up?
I didn’t really have a lot of female idols honestly. I started with The Beatles. They were my big idols. I grew up with my dad’s record collection: The Beatles, The Who and Pink Floyd. When I got older I’ve been listening to Soundgarden and Nirvana. Today I really find Sheryl Crow or Janis Joplin amazing.

You have a huge following. Especially young girls are looking up to you as their idol…
It’s a strange feeling. I don’t think of me like that at all. None of us does. We just write songs and play music because we enjoy it. If it happens that our music connects with people that’s fantastic.

How do you deal with misogyny on social media like Twitter or Facebook?
I just ignore that shit. I shut my laptop. It’s just words on a computer screen. I think the old saying “what other people think of me is none of my business” is pretty true. If you live by that motto you can get up in the morning and just feel fine.

Did certain beauty standards ever play a role in your life?
No. I think everyone’s beautiful in their own way. I’m sure there is a standard of a modern paradigm of what people consider beautiful. But I think originality and honesty is beautiful. So if you’re being yourself in whatever incarnation that is, being honest and true to yourself that’s the best and most beautiful person you can be. If you try to emulate anything then you’re already not being true to yourself. The only way to figure out who you are is to go through all these incarnations. Unless you’re emulating The Beatles. Or Jimmy Page (laughs).

You’re known for having a massive crush on Led Zeppelin guitarist Jimmy Page…
Right! But seriously: There’s a big difference of being influenced by something and trying to be something that you’re not. Just try to be a good person. That’s my advice.

Did you ever struggle to accept yourself the way you are?
Of course. That’s probably something that everyone experiences: Not just in your body but not being comfortable in your own skin. Whether that is your identity as a person or something else. Of course I’ve struggled with that. I sometimes wonder about people you seem to have it all together: No problems, nothing. I wonder how they got there and how they can be so lucky. I’m the opposite. I question everything every day. Whether it’s myself or the band or my songs. Just everything! You`re constantly questioning yourself.

Did you ever question your existence as an artist?
It is very healthy to question everything. It doesn’t always make for the happiest of times but I think it´s absolutely necessary. I question my music and the direction we’re going into. I do question everything about it but I’ve never questioned if I want to be in a rock `n roll band. No. We’ve all been doing this our entire lifes. When we all met and connected it was kismet. It’s a lot of work but what else are we gonna do? We’d be doing that anyway…

You didn’t attend acting school or have any other kind of training.
No. I have no training. It was more like a necessity to become an artist. Music is something we all naturally picked up. I’ve been singing since I can remember. I started writing my own songs when I was very young. Same with my band. They’ve all been playing since they were little kids.

You turned 23 last summer. Do you understand life better now than at the age of 18?
Every day is different. I feel like a different person every day. You never know who you gonna be when you wake up in the morning. I think today I have less of a clue of what life is about than when I was younger! What’s the phrase? Ignorance is bliss… Being older is not so blissful. You turn on the news and immediately turn it off again. It’s just a disaster.

Your lyrics are very personal and sometimes brutally honest. Do you actually feel better writing songs?
Absolutely. For me writing is cathartic. It’s my salvation. The thing that keeps me sane and able to get out of bed in the morning. A thing that gives me a reason. It’s like my own therapy.

How do you write songs? Do you need to be in a certain mood or surrounding?
I write very isolated. I have two places I write: I have a tiny, little apartment in New York and a house in New England that is literally in the middle of nowhere. Completely away from society and people. You can’t get there it’s at the end of a very dirty road. The song “Bedroom Window” was written there. I was looking out of my window reflecting about the world. And how it feels to be living in that kind of bubble of touring when you see the whole world through this tiny window. All this chaos outside. It’s about living in that bubble and start going back out into the real world. 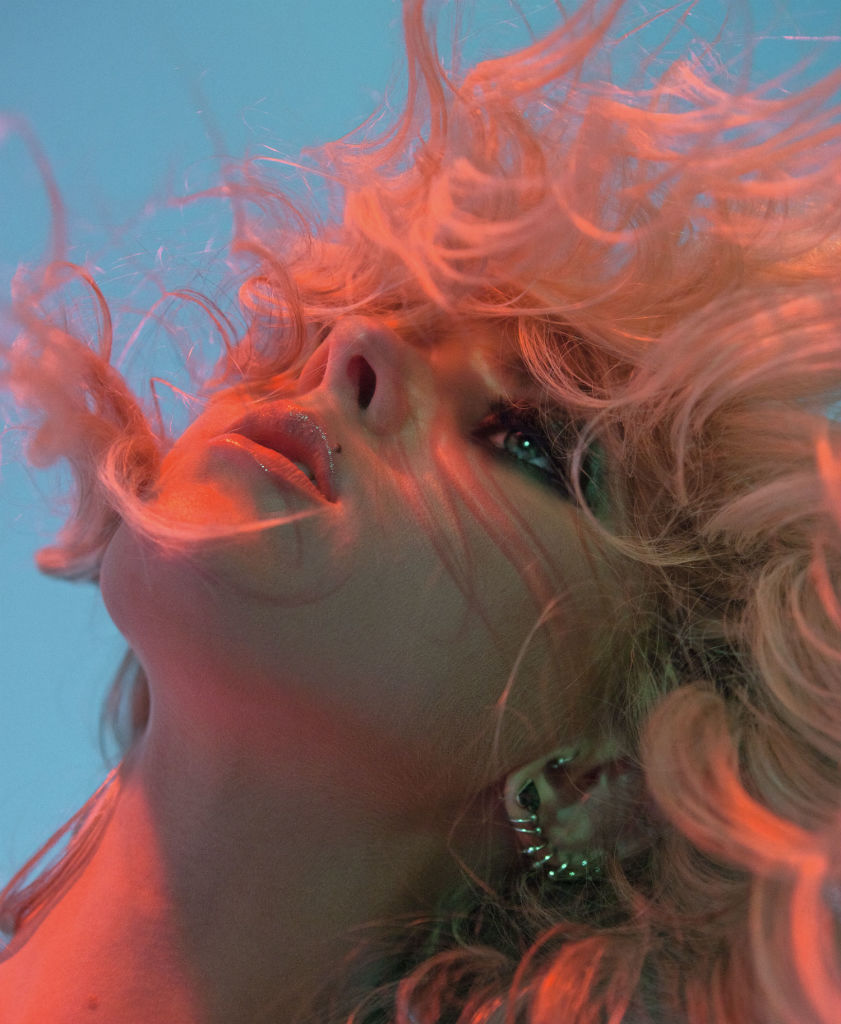 You’re based in New York City. Does that place serve as an influence for your songs? The song „Wild City“ is dedicated to your hometown even you’re saying that “this city ain’t no place for a lonely girl“…
New York for sure has an impact on my songs. I wrote „Wild City“ while walking down Rivington Street on the Lower East Side. I was just watching people. I think everyone is constantly trying to find a purpose and their place. And everyone I think, whether they have a billion friends, a great job, a husband or kids – at the end of the day you’re still alone. There’s only one of you. The song is about being alone in New York City and what it was like growing up here.

Could you imagine to ever move somewhere else?
I love New York. I have a love affair with this town. I’m a full-on New Yorker even it’s gotten so expensive. It’s crazy. And there’s no much construction. It’s changing so fast. But I also like other places. I would love to live in Berlin or Amsterdam or London or Paris. I’m pretty sure at some point I will move out of the States at least for one year and have a change of scenery.

You’re raising a big question with the provocative title of your new record „Who You Selling For“. But you don’t give any answers.
We wanted to be provocative. The title is about choosing a side in life. What party do you stand behind? Who are you answering to? What is your life worth? What are you doing with your life and what’ the point? There’s different interpretations of the title. It can be seen on a personal level but also in a socio-critical way. And also on a political level of course. I hope this record opens peoples minds and allows them to understand me as a person. And of course to understand themselves a little bit better in some way.

Did you find all the answers you were looking for?
I’m still trying. I found some I guess but certainly not all of them.

What are the most painful moments while writing Songs?
The whole process of writing is cathartic in one way but at the same time it’s very torturous. When you don’t have an idea you sit there suffering and waiting and going: Oh god, please let something come… Most of the songs are about fighting my demons. That’s a constant battle on a daily basis. Not just for me but for everyone. It’s life. A never ending process of getting through this. Never ending torture but also a lot of happiness and good things too. And then it all ends in death.

Are you afraid of death?
Hopefully we’ll be at peace. Or it doesn’t end in death and we don’t know yet. Am I afraid of death? I wouldn’t say I’m afraid. I think anyone is nervous of the unsure. I’m more curious of death. I wish there was an actual answer, I wish I knew what happened! But I’m not eager to find out too soon. I would like to make many more records…