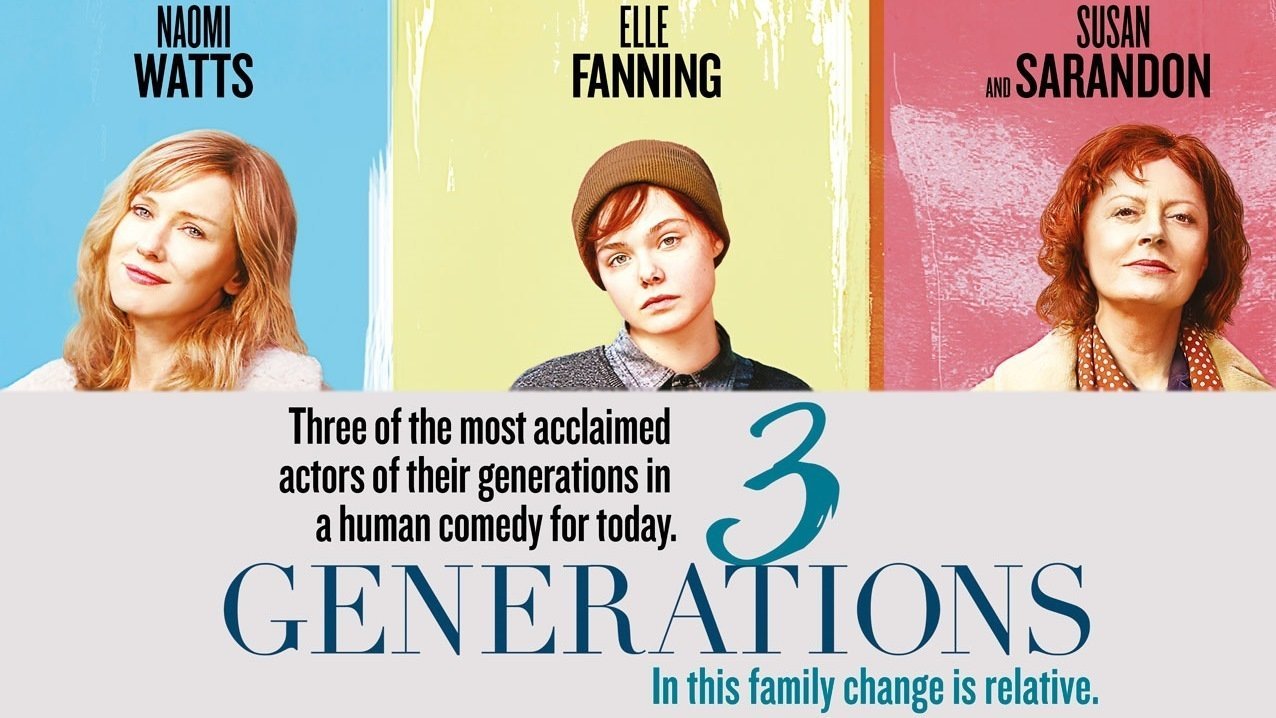 “Three Generations”just came to the movie theatres near you: it’s a movie following the transition of Ray, played by Elle Fanning, who lives with his mother (Naomi Watts) and lesbian grandma (Susan Sarandon) in Brooklyn and deals with his family struggling to accept his true identity. The movie formerly titled “About Ray” was shot in 2014, however took three years to be screened in public. And now the trailer promoting the motion picture got R-rated…

While the subject matter is an important one that has long been avoided in mainstream cinema, the fact that the movie hasn’t been released until now and just received an R-rating shows the conservative structure of mass media much rather than the progressiveness of our society. The R-rated label distributed by the Motion Picture Association of America prohibits the movie to be watched by under 17 year olds without attendance.

The trailer supposedly got R-rated for “profanity” and “sexual references”.  After having seen the trailer those claims seem to be unfounded. Considering that coming of age movies showing struggles with identity and sexuality are important for young people who deal with similar situations. It can be viewed critical that exactly this age group is not allowed to see the movie. By censoring this film for teenagers the underlying topics of the film are being hushed and shunned once again, taking away from the open and inclusive message of “Three Generations”.

The whole controversy should be much rather about the fact that a trans-boy is played by a cis-gender female Hollywood star when having the chance to push boundaries and paving the way for equally-talented transgender actors and actresses.