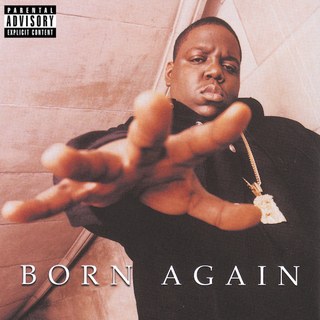 A LOOK BACK AT HOW THE NOTORIOUS B.I.G. CHANGED HIP HOP FOREVER

Twenty years ago today we lost one of the biggest music legends of all time, Christopher Wallace—better known as The Notorious B.I.G, Biggie Smalls or Biggie.

Forever recognizable for his puffy and humid voice, Biggie’s approach to music was so unique that up until today we haven’t heard anything like it. His vocals alongside with his story telling lyrics were so deep and real most fans felt that they related to Biggie on a personal level.

So what made Biggie so iconic? Most likely his cut throat look on life and lyricism while on the topic of death, in “Suicidal Thoughts” he opens with “When I die, fuck it I wanna go to hell, Cause I’m a piece of shit, it ain’t hard to fuckin’ tell” he went from talking about death knocking on his door to living the luxurious life surrounded by beautiful women in all white in his number one hit “Juicy”. He was the voice of Brooklyn or some may even say the symbol of the Brooklyn youth. From selling drugs to sipping champagne on yachts his come up from rags to riches still remains notorious.

Biggie freestyle rapping on the streets of Brooklyn in 1989 at the age of 17.

Today Biggie would have been 45 years old, and while he may not physically be with us anymore his music lives on for a lifetime. Rappers such as Jay Z continue to recycle his lyrics as an ode to the legend who truly put gangsta rap all over the radar, Jigga himself isn’t the only one who pays homage to the fellow Brooklyn native. In fact only from the track “Juicy” alone have lyrics been reused, redone and re played by over 30 artists ranging from genres of Hip Hop, Indie, R&B, Trap and to go on. The significance Biggie made to our ears remains, now whether or not we’d like to see his hologram perform at Coachella is still ambivalent but for now we’ll happily take another remix/ cover album keeping the remembrance alive.