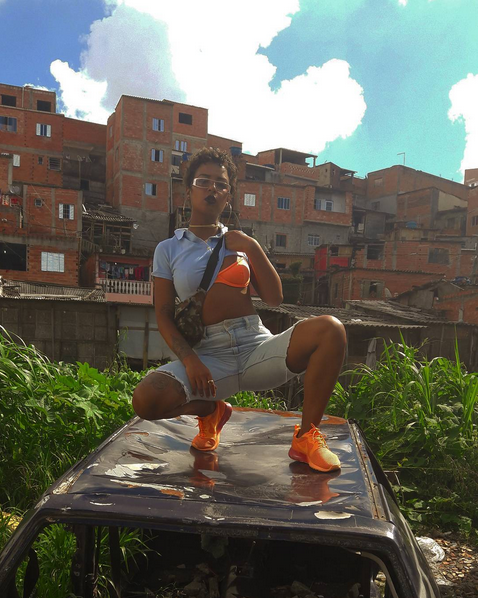 BRAZILIAN FEMINIST RAP: CHANGING THE GAME AND WINNING WHILE AT IT

You don’t require precise fluency in Portugese to understand them. Their soulful and upbeat lyrics and undying spirit would affect anyway.

Meet the rising scene in Brazil, Rap Feminino. South America has never shied away from the partying culture anyway; but what was missing this whole time was a voice. As a country that has its women, LGBT and Brazil-African communities dealing with issues of racism, violence, politics and endless objectification, Brazil’s new crop of young, motivated feminist rappers are speaking up.

Showcasing the less than bright and happy aspects of the country, starting from major cities and destinations like Rio De Janeiro & Sao Paolo to tiny favelas in Bahia, Rap Brasilero’s latest chapter is being written by women who refuse to be suppressed under the norms.

In a culture where women are sexualised but not given the rights to expressing their sexuality or feel uncomfortable walking the streets with their naturally curly hair, the question rises above the beauty, exotification and music. What does it take to be a woman of colour (or not) who’s in control of her life while the patriarchy and some serious colonial hangover is pulling you down?

Here are three completely different Brazilian artists to get inspired from:

Hailing from Curitaba, Panana in Brazil, the 32-year-old rapper is all about celebrating her african roots and rebelling against the discrimination in the hip hop world of Brazil. While male rappers get more coverage and pay, Karol along with friend and fellow rapper Livia Cruz, are releasing their first album collaborating with record label Nave Beatz. Karol’s take on Brazilian rap in the West is that it’s classified as ‘exotic’ instead of being appreciated as honest art in itself. With beauty ideals to break and norms to change, Karol has dreams of travelling to Paris, New York and Tokyo with her ideal collaboration aimed at Korean MCs.

Lay is the young girl about town who reinvents. Her music talks about girl power, society and the ‘no fucks given’ philosophy. The empowered rapper from Osasco is all about visual experimentation and a signature avant-garde style. Inspired by Riot Grrrls, Lay’s style and music is all about the future of Brazil and a rap culture world where women obviously rule. An identity to remember, beats and bops that get to your head (regardless of whether you understand the language) and a force to be reckoned with. The artist has just started revolutionising how the male dominated community of Rap Latino/Brasilero is turned into a place for the free spirited woman who has something to say (this time, it’s with a book).

This talented spirit, hailing from big city Sao Paolo keeps her music raw and real, talking about the city life, Brazil and relationships. Alt has this killer style that makes you believe what she preaches. Her approach to music and fashion is global, but only if you pay close attention as a lot of these elements come from her afro-cultural background. Taking everyone back to the 90s when capitalism polluted the world a little less, Alt Niss is the babe who makes Brazilian rap and fashion more than just ‘exotic’ and ‘samba worthy’.