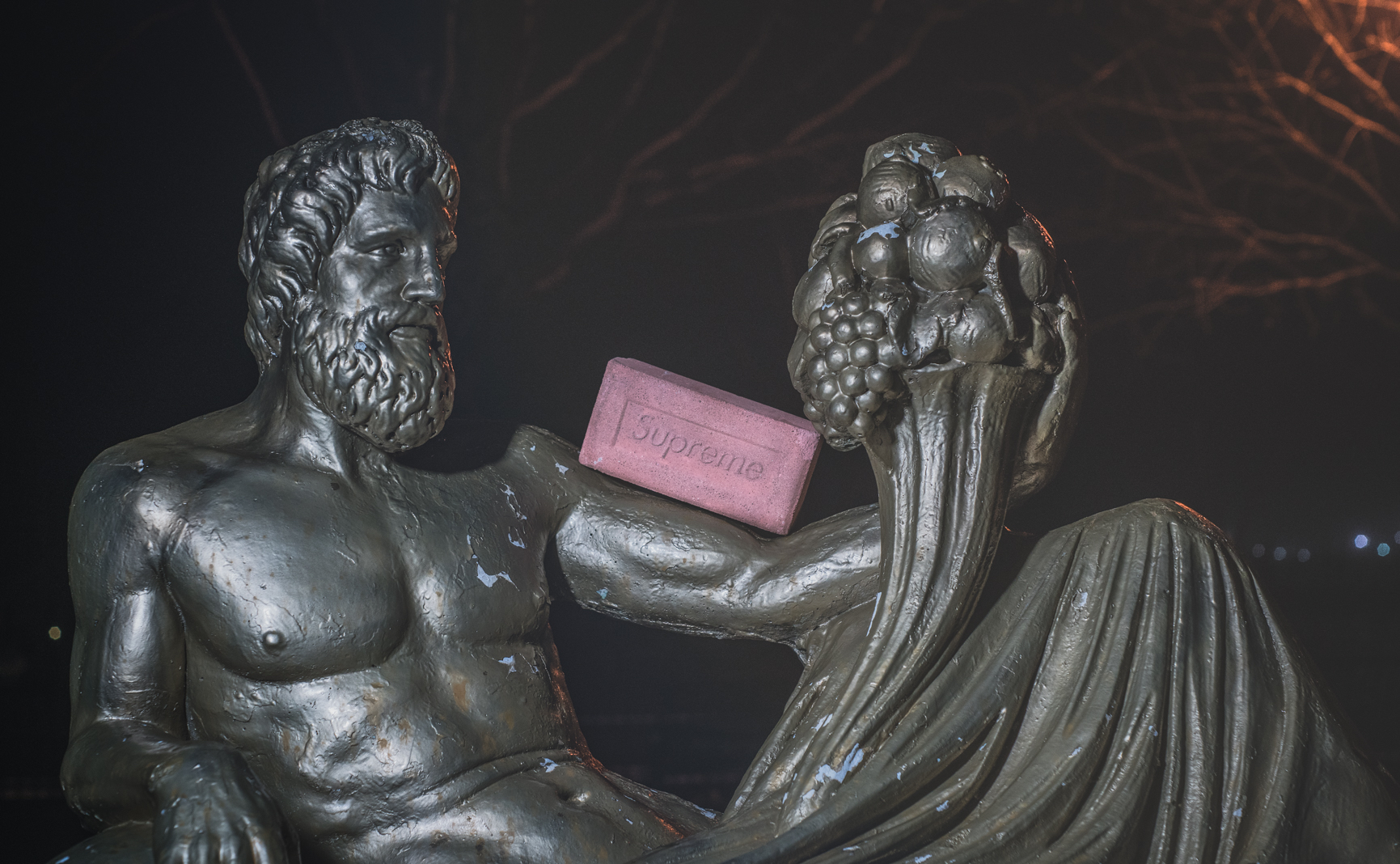 If you were to ask any streetwear fan what products he most desires right now, the answer would probably consist of a Metro Card and a brick. Undoubtedly rather unexciting items at first glance, those products became something similar to the Holy Grail once given the Supreme treatment and branded with the iconic red and white logo. The New York skate brand, founded in 1994, seems to have become the epitome of cool clothes, with hundreds of fans lining up to get their hands on some of the limited products once there is a new drop announced and other fashion brands lining up to collaborate with the label to get their hands on some of that eminent coolness that surrounds the brand. With their newest coup, a branded Metro Card available to purchase around New York City, Supreme takes one more step towards redefining what it means to be a lifestyle brand. With what seems like taking over the world on the horizon, we look back at five key points that marked the brand’s success.

1. Collaborations, collaborations, collaborations
Everybody wants to work with Supreme. And by everybody we mean literally everybody. From high fashion houses like Louis Vuitton, which announced their collaboration with the Streetwear brand just last January during Paris Men’s Fashion Week, and Comme des Garcons to cult director Larry Clark and cartoon figure The Pink Panther, nothing seems impossible when it comes to putting the red and white mark on something. And if success can be measured by how many Tumblr blogs there are dedicated to you, sites like Supreme Archive or Supreme NY prove the brand has definitely made it.

2. Merchandising with a capital M
The Metro Card is just the newest item on a long list of merchandising products Supreme has put its mark on, from the much debated “Supreme brick” the brand released for A/W 2016 to Baseball Bats in 2006 to a Stash Box of the New Testament in 2013, Supreme manages to make even the most ridiculous items into something fashion enthusiasts dream of and prove that nothing is to random if you just put a bit of bright red on it.

3. Being the mysterious one in a crowd of oversharers
What probably makes these items desirable in the first place is the limited amount Supreme releases with each drop, making devoted fans wait for hours outside the shops. In a time where everything and anything immediately gets shared by brands on social media, Supreme has successfully held back on that oversharing attitude and instead of chasing the customers turned this hustle the other way around.

4. Creating mesmerizing advertisements
Apart from continuously stunning the fashion crowd with their products, Supreme also is a master in doing ad campaigns and working with the most sought after people in the industry. Mostly shot by Terry Richardson, the likes of Kate Moss, Lady Gaga and Kermit the Frog already were amongst the people gracing the streets on Supremes posters, showing that in the case of the brand less is actually more when it hits so heavy like their ad posters.

5. Staying true to their roots
The brands performing best in today’s day and age seem to be the ones that are the most authentic. With Supreme, once a shop just dedicated to skaters where customers could actually ride straight into the store, that statement definitely proves true. Not letting themselves being pressured or changed by how other major fashion brands operate, Supreme stayed true to its customers and roots, making it a reliable rock in a time of constant change. With already over 20 years down in history and the brand’s popularity at what seems to not even be the peek, we’re sure there are many more bricks and bangs to come.