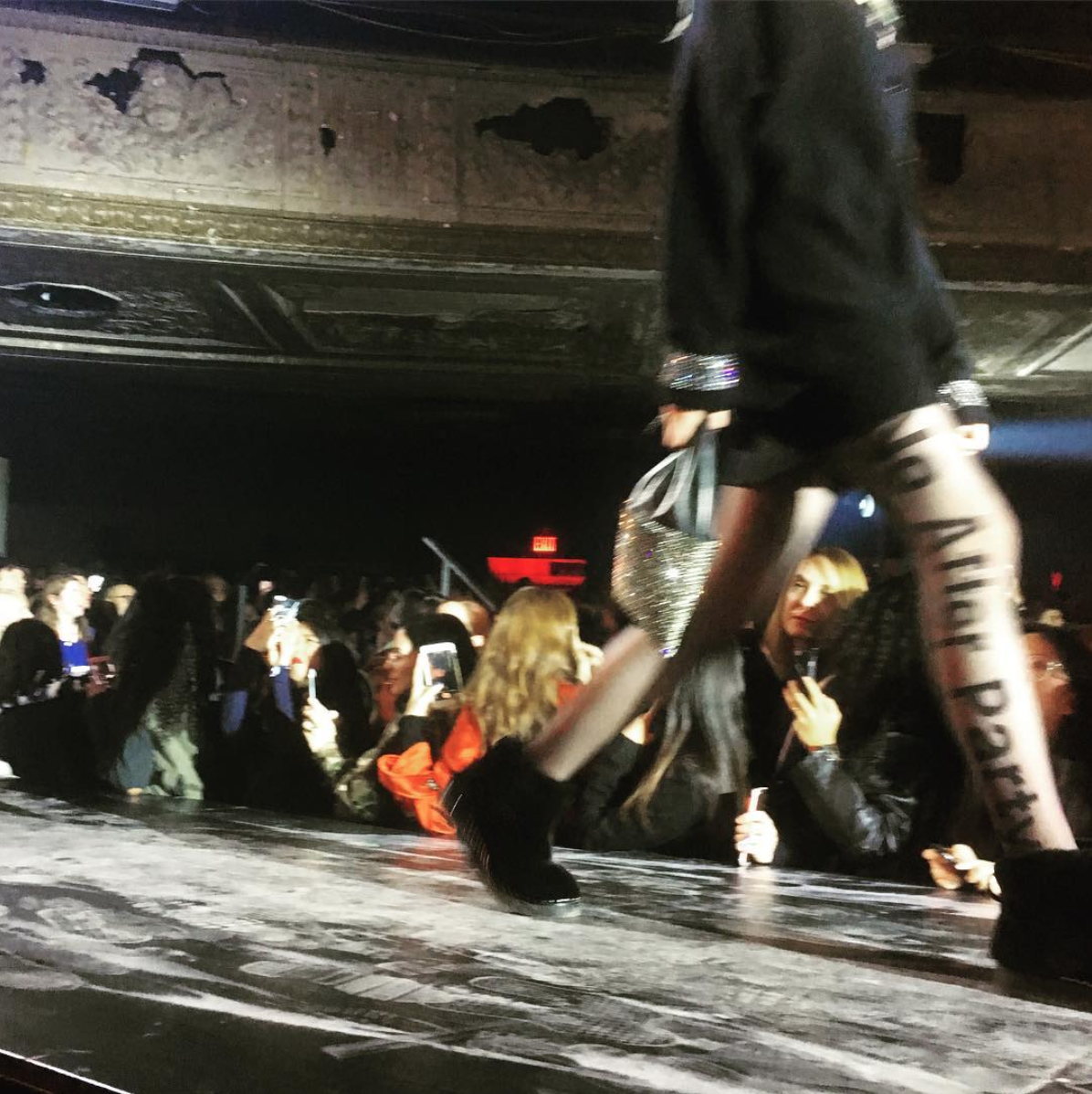 This fashion week designers seem to have gotten stuck on the copy and paste keys pretty frequently. If three’s a trend, plagiarism between high fashion designers will probably be on all those fashion reports for Autumn/Winter 2017. And the creative heads aren’t shy of calling each other out when it comes to copying designs or even whole runway shows. Just yesterday, Alexander Wang took it to Instagram to make a less than subtle hint at Phillip Plein, who, as Wang showed in a side-by-side comparison video, seemed to have gotten a bit of inspiration from the Alexander Wang x H&M Fashion Show back in 2014 for his own Plein Sport Show just last month.

And if it’s not the designers themselves watching out for their ideas, millions of people worldwide following the fashion month sure will. In New York, Prabal Gurung just showed his Autumn/Winter 2017 collection, making all the models wear slogan T-Shirts for their final walk. One especially stuck with the viewers, reading “The Future is Female” and being quite similar to shirts first debuted by photographer Liza Cowan for her series “What the Well Dressed Dyke Will Wear” in 1975. It now gets sold by concept space and store Otherwild that donates 25% of the profits to Planned Parenthood. Though lots of people seemed to have called out the designer on twitter, Prabal Gurung hasn’t yet reacted to the incident.

On the contrary, one who’s not shy of speaking out is newly debuted Calvin Klein Chief Creative Officer Raf Simons. Though not accusing one of his colleagues of actively copying his designs, Raf, as well as probably all of us, is well aware of the immense impact his designs had on fashion since he started doing menswear in 1995. When, in an interview with GQ, he got asked what his views on younger Streetwear Brands like Off-White are, he quite obviously stated he isn’t particularly inspired by Virgil Abloh’s work and doesn’t think he is bringing anything new to the fashion scene. With basically the whole industry debating about whether or not the current fashion system is broken, it seems to be quite the time to opt for something a bit more soap opera than seasonal show run.