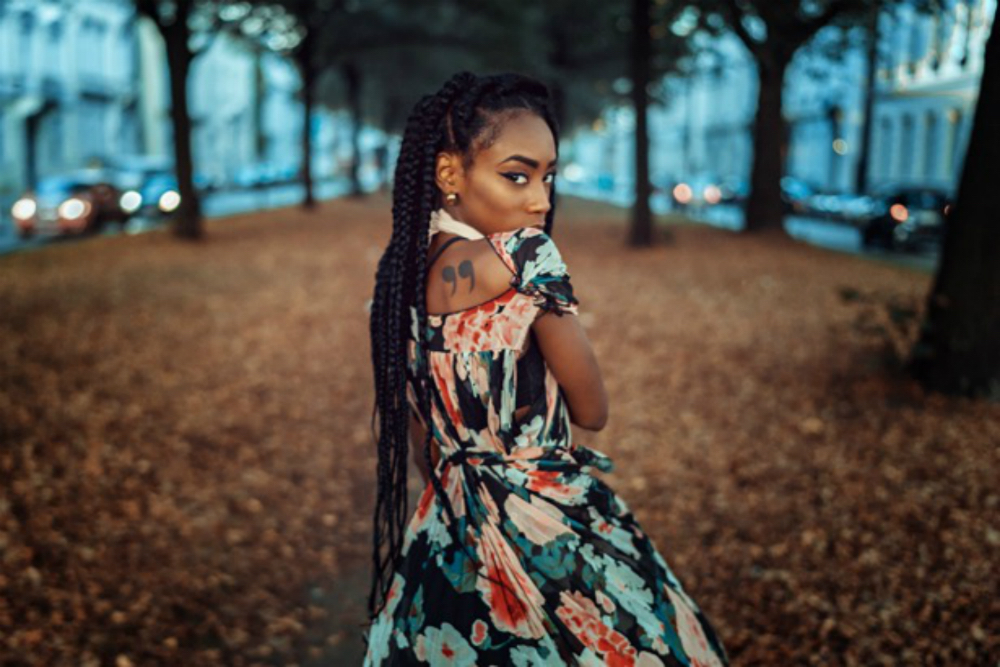 GET READY FOR ACE TEE: WE HAD A CHAT WITH R&B’S NEXT BIG THING

Already taking the Internet by storm, German singer ACE TEE definitely is what you could call an overnight success. Her first music video “Bist du down?” recently gained thousands and thousands of views on YouTube and quickly made the Hamburg native one of the biggest ones to watch when it comes to rising R&B artists. Heavily 90s influenced and with that certain laid back attitude the video shows the singer and her friends in downtown Hamburg, channelling her idols altogether and proving to be the “true 90s kid” she describes herself as. With a debut album set for August 2017, ACE TEE most certainly still has quite the journey and even more success ahead of her – we asked the singer about her sudden rise to fame and what we should prepare ourselves for in the future.

Your song “Bist du down?” recently blew up on the Internet, how did you experience that?
Well – straight crazy! What can I say? Never ever did I expect such great feedback. I love it.

If the song had to be the soundtrack to a movie, which movie would that be and why?
Good question. “Brown Sugar” maybe? It just fits.

What inspired the aesthetic of the video?
My girls and me! We just like these 90s pics from Da Brat, TLC and all the other great artists in their baggy outfits.

What especially triggers you about that period?
I was born in the 90s and I grew up on that music, Aaliyah, Missy Elliott, A Tribe Called Quest, J Dilla, Da Brat, MC Lyte, Queen Latifah, TLC or Kelis. I love the vibe, the feeling, I’m a true 90s kid.

If you could choose any musician to collaborate with, who would that be?
Oh, there are too many. But if I had to choose: Aaliyah and Left I & Organzined Noize Production.

What brought you to music?
Music is in my family’s blood. Ever since I can remember we were dancing, singing and listening to music. It’s kind of natural for me.

How has your hometown Hamburg influenced you?
I love Hamburg. Everybody from Hamburg loves Hamburg. What I like about it is that it’s a rich city so there is always a struggle. In Berlin you can still get by on a really low budget, which is perfectly fine. But Hamburg keeps you on your toes. I don’t know if I can explain it. It’s like to live on the low low in Hamburg you’d still have to hustle.

What’s your goal with your music?
Make a living out of it would be great. If people like it and feel it I’m happy.

And lastly: What can we expect from your upcoming first album “Sip Slow”?
Feelings and Vibes.