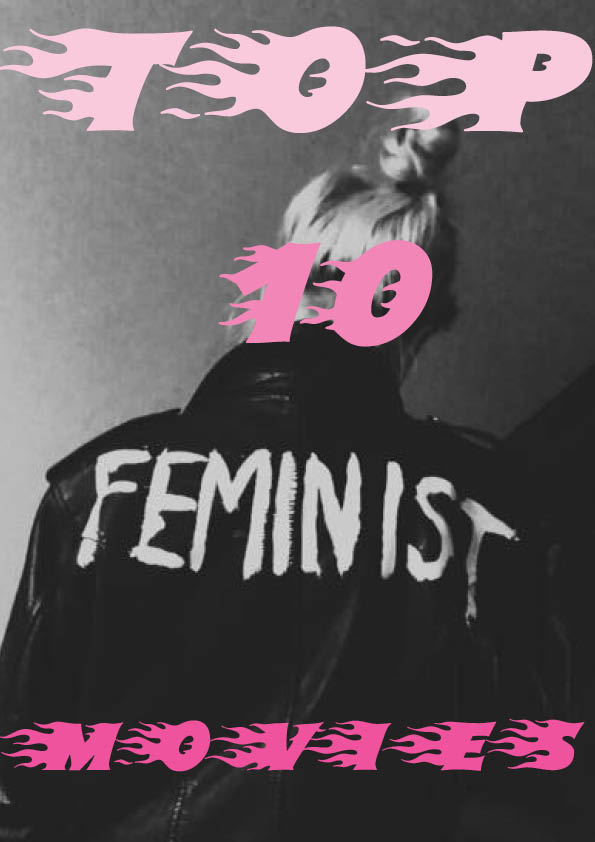 TOP 10 FEMINIST MOVIES TO WATCH BEFORE YOU DIE

We decided to dedicate this week to feminism. To keep it fun we put together a top 10 feminist movie list we think everyone should watch. So enlighten yourself and feel the girl power!

THELMA & LOUISE
Talking about classics… this bad ass film will have you and your best friend driving a classic convertible all summer long. We’re not giving anything away on this film, if you haven’t seen it yet you should!

MISS REPRESANTATION
This documentary gives us a fascinating look into mainstream media and is under-representation of women in influential positions. It may not be the most thrilling movie on our list but certainly the most educating.

ERIN BROKOVICH
Proving to all single moms out there no matter how real the struggle is, you can make a difference! This true story will have you going from laughing to tears and all of the in-between.

THE COLOR PURPLE
In the mood for a good cry? ‘The Color Purple’ is your way to go! Though many different topics come to play in this classic film we must not forget about the inspiring fight for women’s rights that plays a large part in this novel turned movie.

IRON CLAWED ANGELS
This is a film every girl should see to learn about the history that got women emancipated today! Based on the American women’s suffrage during 1910’s and their fight to gain the women’s vote and the revolution surrounding American feminism.

THE PUNK SINGER
A documentary about Kathleen Hanna, lead singer of punk rock band Bikini Kill. This doc talks about the Nineties’ wave of feminism and the riot girls of the time. In the mood for some good old rock n roll attitude with a feminist twist? Watch this!

I SHOT ANDY WARHOL
This film is based on a true story of the life of Valerie Solanas whose pornographic novel S.C.U.M is now regarded a feminist classic. We won’t give away too much, though the title of the film really says it all, I shot Andy Warhol is set in the Swinging Sixties in Warhol’s factory!

FRIDA
Miss Kahlo is not only our style inspiration; she is also one of our fav female artist of all time. This film about her life does her justice all the way and is filled with the spirit of this strong female icon. PS: it’s also on Netflix…

THE HUNTING GROUND
Many of you may know ‘The Hunting Ground’ through one certain Miss Lady Gaga who co-wrote the movies hit song ‘Till It Happens To You’. This is an important documentary about sex crimes on college campuses that go unpunished by the institutes where they happen. It’s about women rising up and taking a stance together. Girl Power!

WHAT DO "TREND FORECASTERS" ACTUALLY DO?