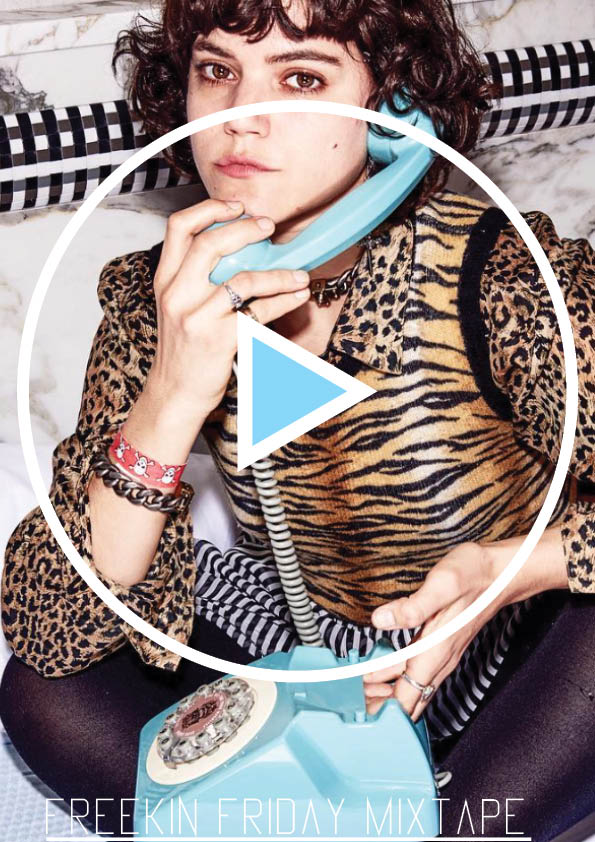 THIS IS WHAT SOKO IS LISTENING TO WHEN SHE’S ALL ALONE!

It’s Friday and you know what that means: INDIE Mag has invited someone special to make a mixtape to start off your weekend right! This week we sat down with super cool French Indie singer SoKo and talked about fears, passion and music. 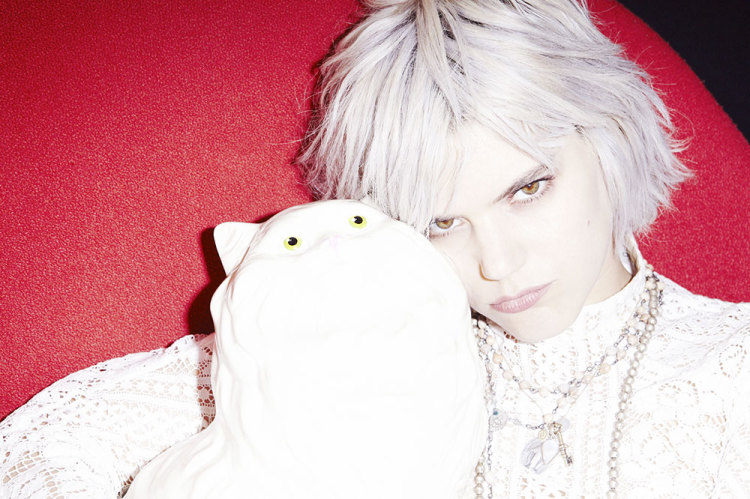 Tell me a bit about your childhood, you grew up in Bordeaux, what was that like?
I never felt like I belonged when I was as a child. I actually grew up in the country side outside of Bordeaux, and always wanted to live in the city, be around more culture, I was already such a movie and music nerd.
I have 5 brother and sisters, and we all did a lot of activities together, and I used to play music with my little brother, Max, I still do. It feels so comfortable to play music with him.

Where did the name SoKo come from?
Soko is half of my last name: SOKOLINSKI, and also was my dad’s nickname “Monsieur Soko”.
When he died, I wanted to take his name to sort of have a little part of him with me everywhere I go.

You initially started out as an actrice, what is it about acting you love the most?
I think acting at first was the easiest escape from my own life. I just wanted to be someone else, I didn’t like my life or who I was. I wanted to have the chance to be reborn into being someone else. Now it’s different, I love my life so much, I don’t ever want to play any characters that are too close to what I truly am, I need challenge, I need to be completely different to be able to dive in fully into someone else’s brain and skin and soul. And that’s the best part about acting today. I’ve mostly been in film based on true stories, and it feels amazing to embody such strong female characters from the past. I feel very lucky when I get to do that.

Movie or play you wish you could have been in?
I would have loved to be Alice in any version of Alice in Wonderland. I love that story.

Where does your biggest musical inspiration come from?
Probably from my deepest depression. I love any artist that talks about real things, with the deepest part of their heart… that’s what touches me about music, well, art in general. So artists like Robert Smith, Elliott Smith, Morrissey. I definitely connect with them in a big way.

When you where younger who was your biggest icon?
Probably Paul McCartney. I knew he was vegan, that was also very big for me. 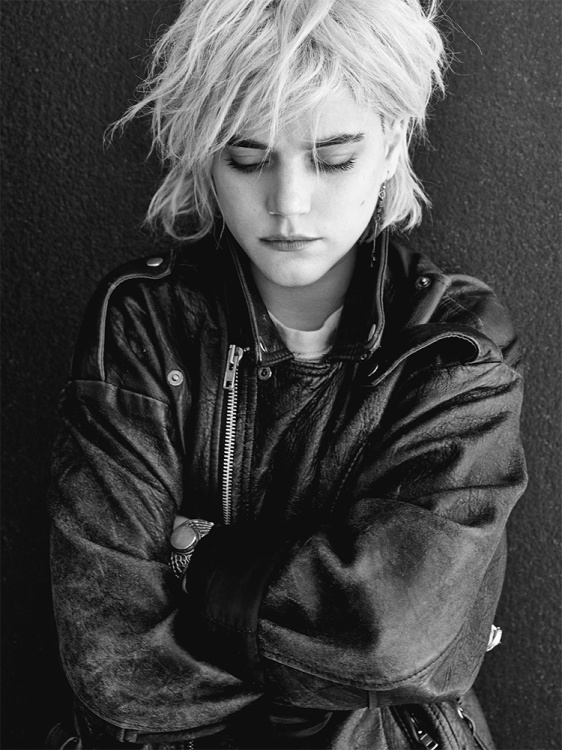 Who is your biggest icon today?
Hmmm… it’s gonna sound very cliché, but probably Patti Smith. She’s just an all around badass lady that I admire.

Can you remember the first song you ever wrote?
Yeah, it was called “Central Park”, I wrote it in New York, it was about wanting to move there – and I did right after.

Past band you would have loved to be a member of?
I would love just be Simon Gallup in The Cure. I’ll be on bass and let Robert Smith shine through everything he does, and just cry tears of bliss and joy every night!

Do you get nervous before a performance? Has that changed as you have gotten more successful?
I don’t really get nervous when I play music. More like, overly charged with shots of Coffee that gives me insane energy, and I get so hyper and excited. I get slightly more pressure from certain shows. Usually once I’m on the road, I’m so at ease and just having fun everyday and that feels like the life I want.

What do you love the most about music?
When I do it: being able to fully be myself in words and sounds and share whatever emotions I’ve been through with people. When I’m just a listener, well, I just seriously can’t live without music. Turning the music on is the first thing I do, after meditation, when I wake up, and turning it off the last thing I do before I go to bed. I have playlists for everything.

Do you have any pets?
I wish! God, I love animals so much. But my lifestyle doesn’t really match that right now. I’m always moving around, always on the go. So I just hang out with my friends and their pets. 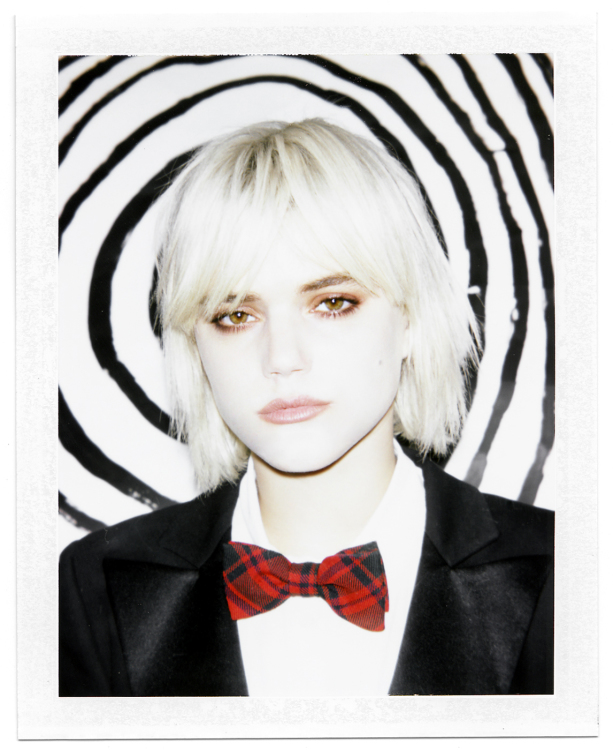 Favorite place in the world?
hmmmm… Los Angeles, where I chose to live.

Greatest sorrow?
Probably losing my dad when I was a kid and now having that still affect the way live my life daily. Constantly fearing to lose the people I love the most. 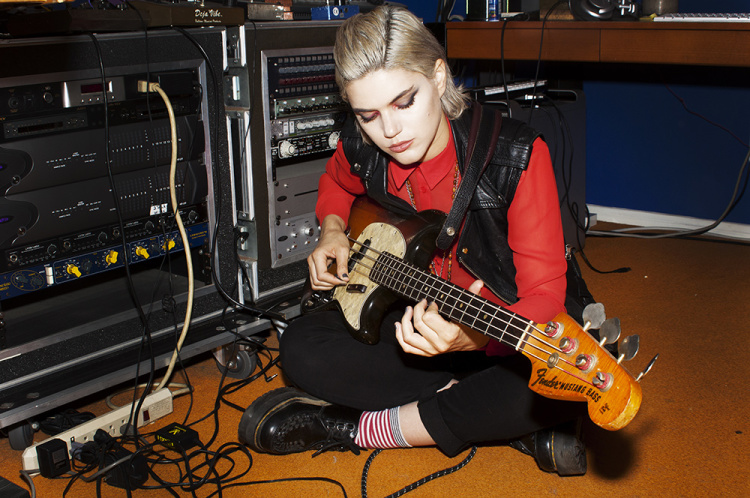 First thing you would do if you became president of America?
Get rid of Monsento, make everyone more “planet conscious” by forbidding trash food and over consumption of meat.

Do you have a life motto?
You snooze you lose… and get it while it’s hot.

What is your biggest dream?
I feel like I’m always going after my dreams and I’ve been pretty good at realizing so many of them and living the life I want but maybe.. hmmmmmm… meeting aliens and visiting their planet at some point and talk about all the ins and outs of the world?

Trait you most admire in other people?
Kindness, creativity, love.

Trait you most admire in yourself?
Passion.

Scariest thing you ever did?
Fasting for 3 weeks by myself in Bali in 2009, and I had a crazy past life regression experience. I was in trance for 3 hours and went through hell and back and felt like I died 3 times in a row. I actually saw myself dying. It was so powerful and horrifying, but I got out of it loving life more than ever.

Thing you expected least to happen that actually happened?
I never thought I could actually write so many songs. And I did. And I still feel empty and like I have no more in me. But then it keeps happening, and it makes me so happy.

Listening to your playlist, what kind of an atmosphere should we imagine?
Imagine me, naked in bed or something, with mood lights and the smell of burning palo santo and candles everywhere.. lol

What does the future hold for SoKo?
I’m writing a new album slowly but surely, and just enjoying life in LA for now. And reading a few movies that I’m excited about, but I’m not yet ready to jump back into another film quite yet, but I will. I also want to direct a feature at some point, but it’s going to take me quite some time to write, but I’m excited about that.

All photos via here