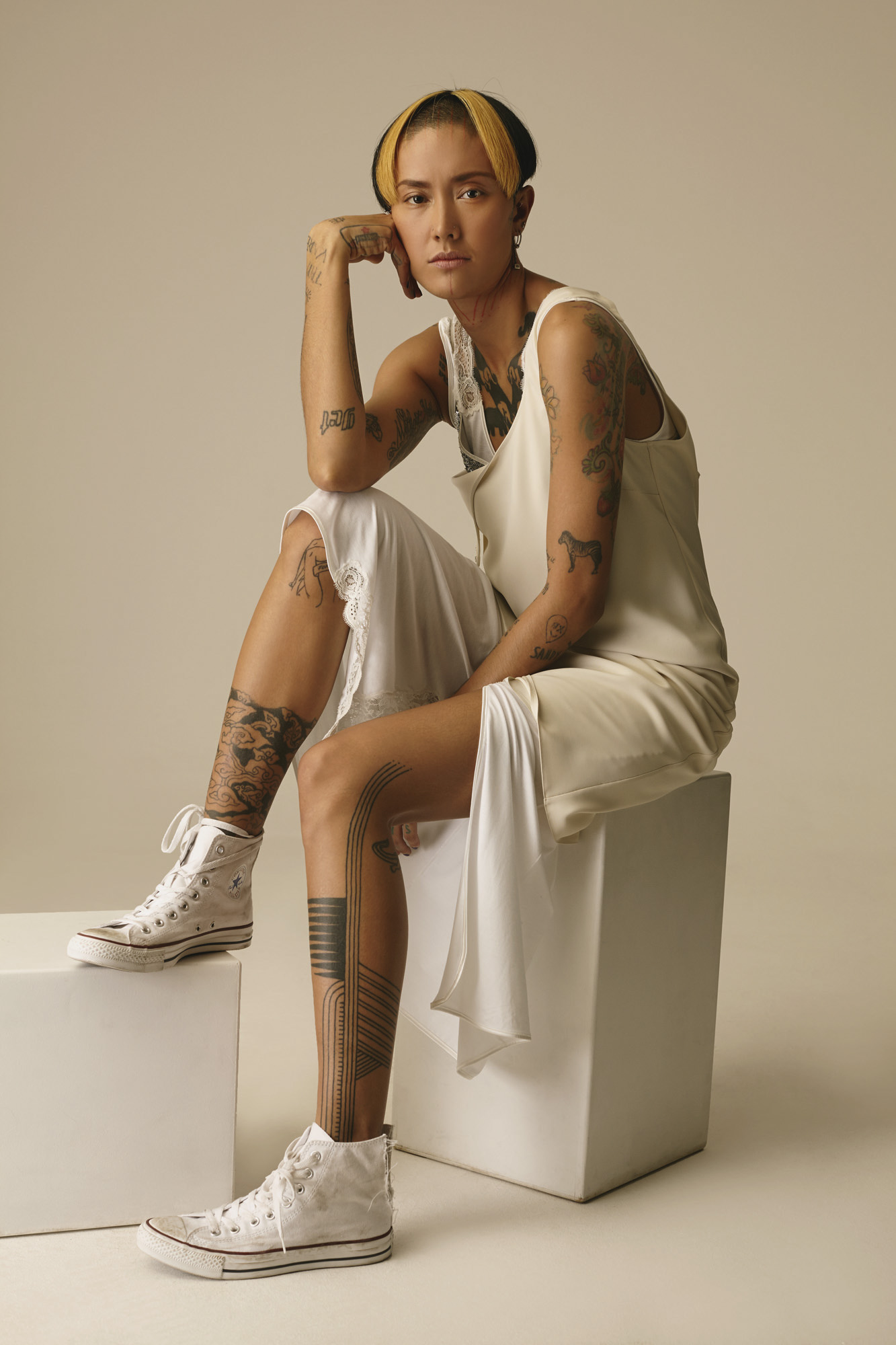 ISSUE NO 50: FA’EMPEL ALIAS FA’VELAPUNK ABOUT HER “SATANIC” LIFE IN BERLIN

Conversations about life with people on different journeys who happen to currently live in Berlin. Kadeem Greaves talked to Berlin based, Bali born designer, model and actress Fa’Empel.

Who are you? Who or what do you consider yourself to be?
I am a human, that is going through constant evolution on a day to day basis.

Does this define you? If yes, how?
Yes. I think by different information, I acquire every day. That shapes how I receive the world and life in general. I have things that I solidly believe in, but I always try to understand the other side of it and the color in between black and white.

How do you think you are perceived as?
I guess it depends on which environment and temperature I am in.

How do you want to be perceived as?
Just as my authentic self at the very moment. However that is.

During the shoot you mentioned you live in a multitude of places before settling in Berlin. Which places have you lived in?
I have moved around from one place to another and only spending 3 months in each city since I was 16. Berlin basically is the first city that I am sitting tightly in, because of the work I set up here. I moved to Berlin 1,5 years ago and going to keep me around for at least another few years. Whilst traveling to different cities, I have been a legal resident & based myself out of Jakarta, Hong Kong, Bali and now Berlin.

Which was your favorite? And why?
Each has its own charm, I could say Jakarta would be my least favorite one and Bali will always be home.

How do you think the constant movement has affected your perspective?
Travel has opened so many doors in my life. For me it is the best school I have ever known, as cliche as it sounds.

Do you consider yourself German?
Most definitely not.

What does being German mean to you?
Being efficient.

Also, what I find interesting is, usually when people move, they are required to assimilate to the culture, ethics and moral code of the state. Which you living multiple places, how was the process of assimilating? And what do you think about assimilation in general?
Everyone has their own perspective on this obviously, but I think if you are a visitor, you do want to try to respect the culture of the place that you are visiting and try to assimilate with it, especially if you decide to be base out of there for a while. If you are not, then you are being ignorant and I don’t see ignorance as a bliss.

Have you assimilated here?
I’m disappointed in myself, that I haven’t put any effort in to learn German, whatsoever. It is not the easiest language to learn.

What about this culture, moral code do you agree/disagree with?
I am ok with the Germans so far. Distractions are everywhere, most important thing is to stay focused and dig deep so many things. It could be the news, or your feelings.

When we met, what were your thoughts? What did you notice first?
I noticed your lightness. Easy to approach, which a lot of individuals in Germany lack.

What stereotypes have you faced?
I got a lot from my people back home, that don’t understand how I live my life so freely as an Indonesian. They are still living so much under the influence or religion, so they “associated” my free live as a satanic way of living. You just have to laugh at that.