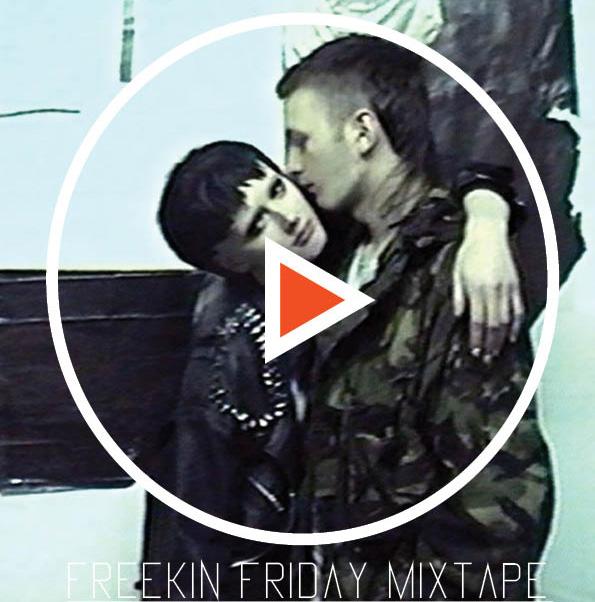 Crim3s is a London based band. Stemming from the underground rave scene Crim3s consists out of Rou Rot and Sadie Pinn. This no bullshit rebel duo lives their life in the gutter and makes music and art that reflects their reality. We had a chat with the duo and talked about what Crim3s is really all about. We also asked them to create a Freekin’ Friday Playlist for an after party. 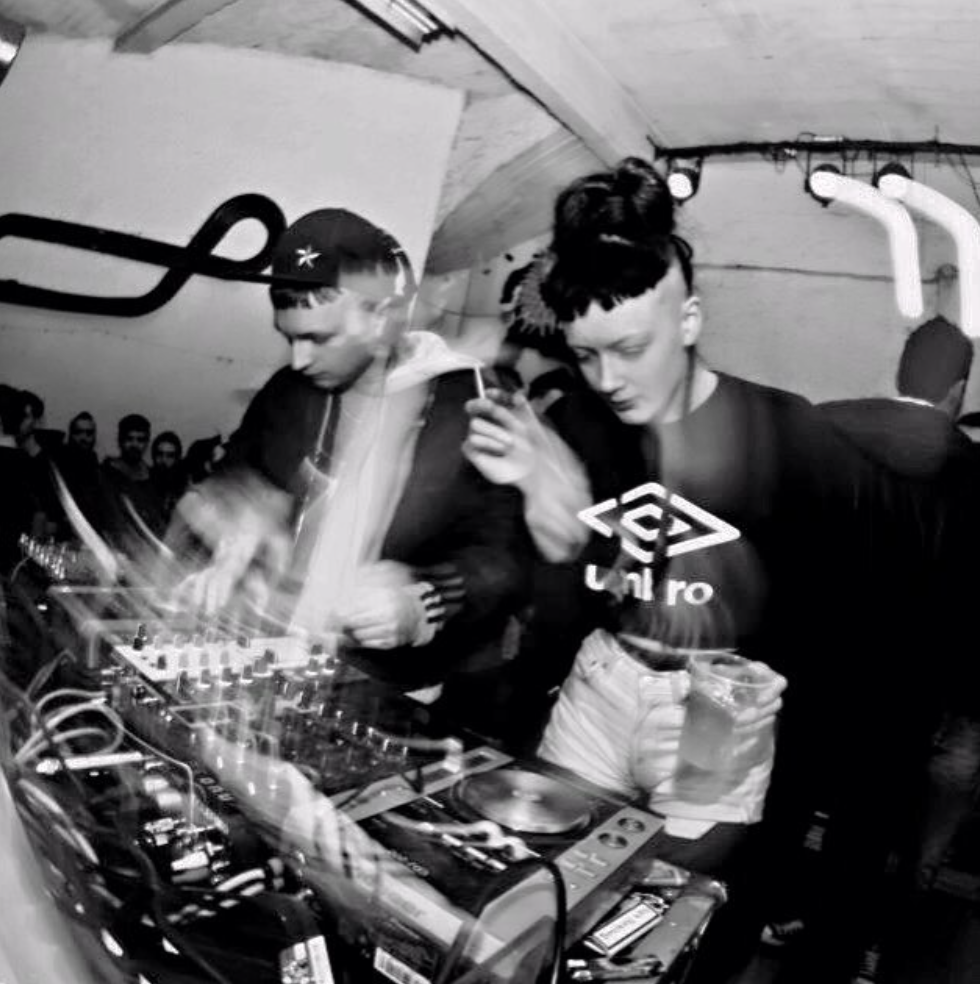 Where are you guys from?
UK

How did the two of you get together?
rou: We met living in a warehouse in north london called the monkey farm. I was making stuff and wanted to find a vocalist, but someone like me who wasn’t an actual musician. I hate musicians. Art is a luxury and it’s not meant for us working class kids, were discouraged from it. Sadie was one of those poets who never were. She lived it. When we first tried recording vocals I knew she was perfect.

pinn: I was squatting all over london at the time and my last eviction is what found me at the monkey farm, a place where I could finally live beyond my suitcase. 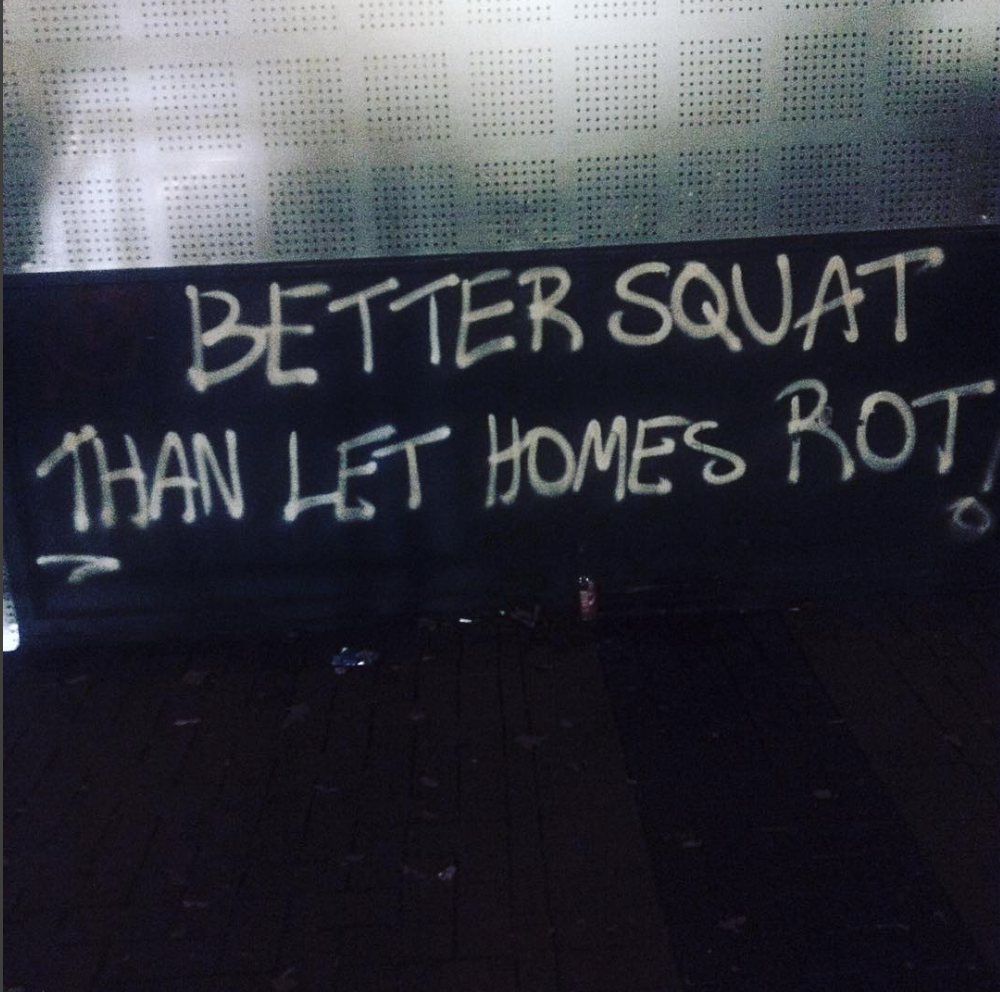 How long were you in the London rave scene long before you ultimately started making your own tracks?

Rou: At 19 the weekends were my escape from working nights in a supermarket and id get trains all over the UK following the squat rave scene. when i moved to london i started helping my mates break in the buildings and then they heard me dj and started putting me on the line up.

When and why did you start making your own music?

Rou: Music is everything to me, its why I live. I feel the world in its sounds, but I don’t have a clue about music and can’t play any instruments. when my college gave me a laptop I was finally able to start experimenting with sound so I dropped out and moved to London to start a band. the first CRIM3S record was made on that laptop..

What is it about the rave scene that attracts you?

Rou: I don’t go clubbing, its horrible, and I hardly ever get let in anyway because of the way I dress. raves are all about freedom and loud music. there’s nothing like it. the way the sound echoes around a warehouse was a big influence on me, more than the actual music itself. when I started DJ-ing squat it was a strict D’nB scene which id grown up on, I was always looking for the future in music and really experimented with mashing sounds together for my sets. as CRIM3S we really worked hard to bring the squat scene and the internet world together because we didn’t feel like we fit solely in either. its normal now, rave is a thing again which is amazing but its become more of a fashion statement and I do miss those proper dark underground nights.

Pinn: Definitely FREEDOM. I especially love the sense of community you get when heading to a rave. You find yourself amongst other ravers all travelling to the same secret location, taking over train platforms and carriages, scattering pavements into roads and the feeling of being part of a movement. 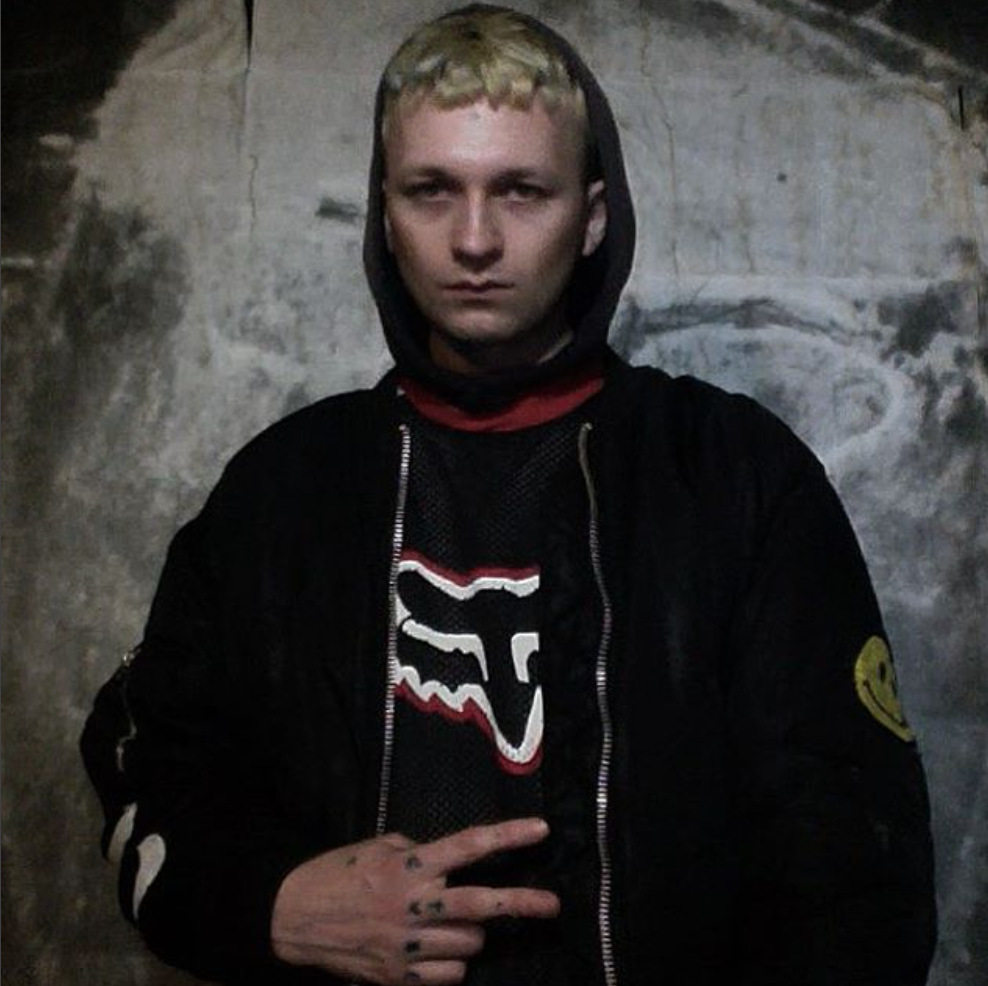 Do you play many gigs?

Pinn: We’ve had to turn down a lot of world tour offers which is heartbreaking, but with the next record we’ll definitely be up and touring again.

What is the ultimate gig you would like to play with crim3s? 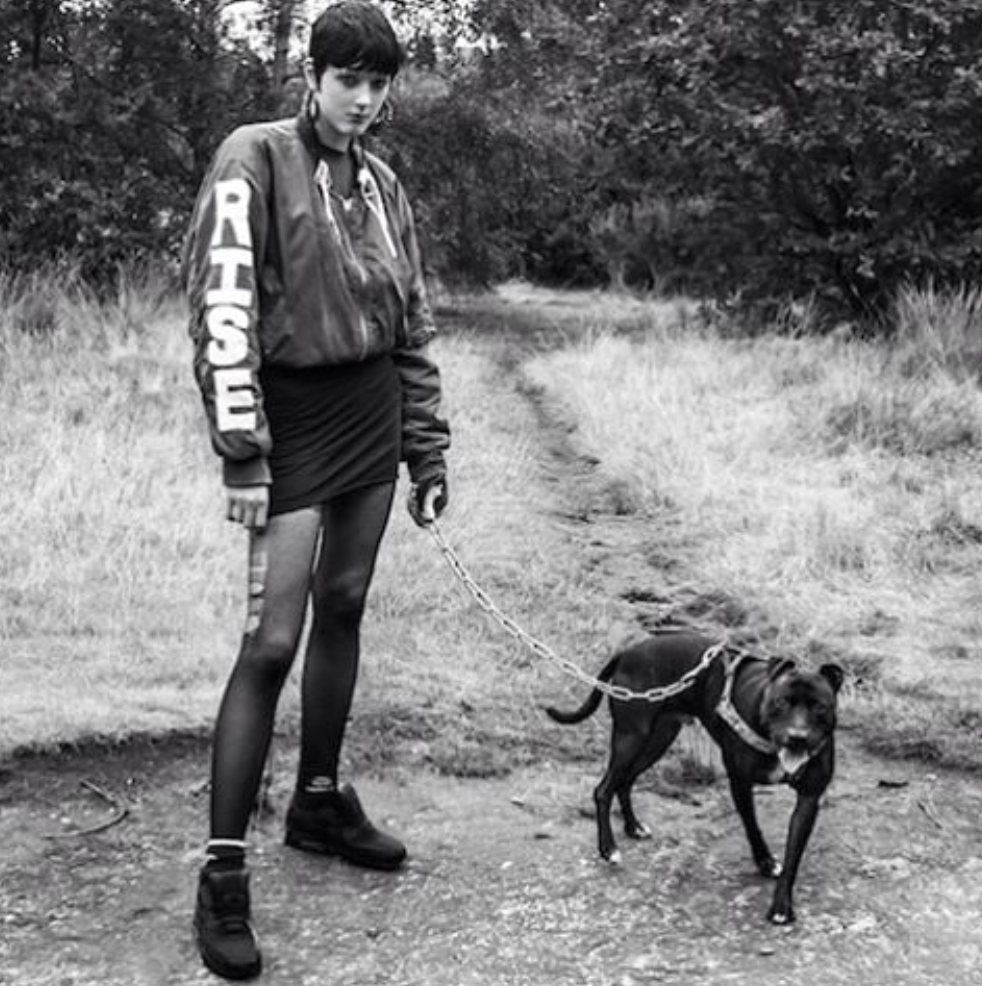 How do you feel the rave scene is in other cities than London?

Rou: Never been raving abroad, but in London its changed so much the last few years. The whole vibe is different now that the idea of raving has become so mainstream again and the government crackdown has almost killed it. Hopefully there will be a decent comeback this year! Friends outside London are having massive forest raves all the time.

Pinn: The Russian side of the scene appears to be kick starting off again, I think having taken influence from our music and our rave films. 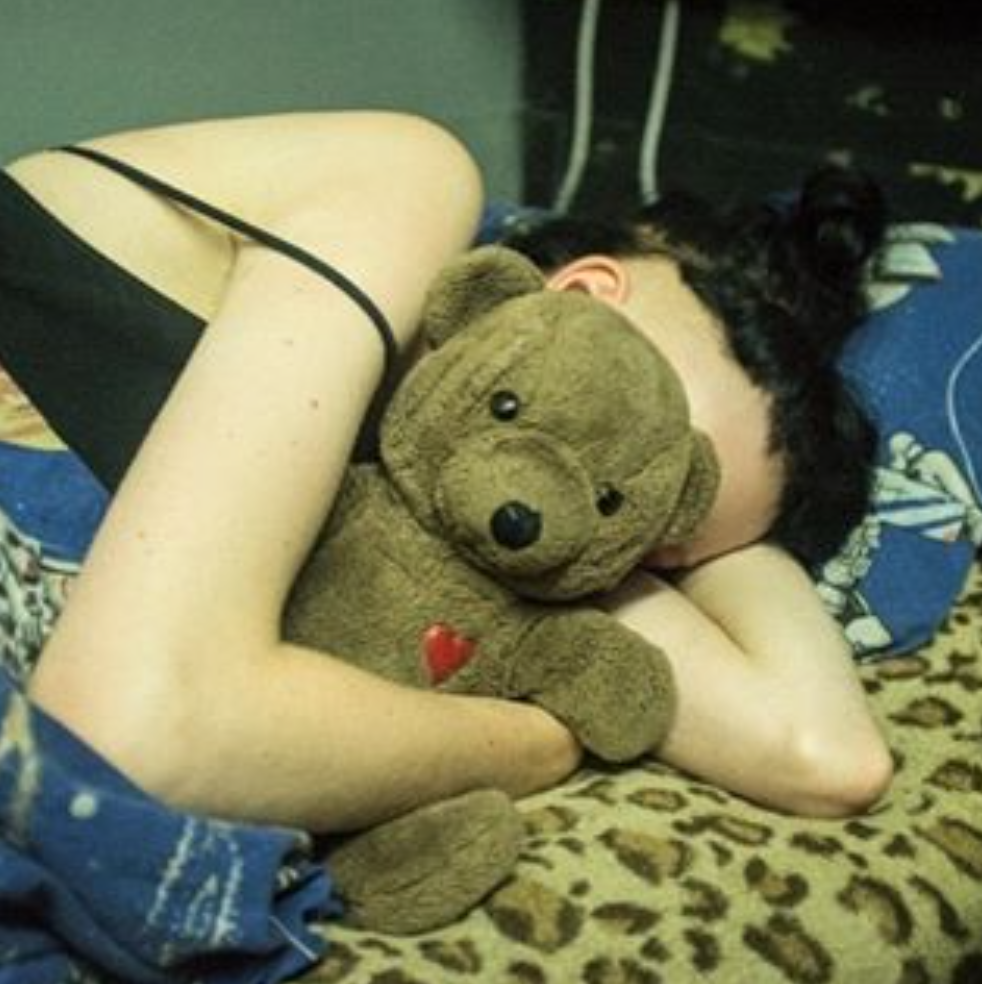 Have you ever been to Berlin?

Rou: Never been! it sounds fun as hell though! take me?

How is it working in a band like crim3s?

Rou: Insane, its never the same. the band was born out of an intense experience and the rest of it has been mad. CRIM3S is a depiction of our lives, and making music has been the antidote to all the hard stuff that we’ve been through, its therapy.

Do you get along whilst making the music or do you often have creative differences?

Rou: I didn’t go to school and Sadie didn’t know she was going to end up in a band so we are both free from any stylistic ideas and rules about art that get educated into people. I have a hunger for raw human expression and a desire to communicate something that’s truthful and meaningful, not just an aesthetic. I saw this in Sadie too and its something I couldn’t have found in any one else I’ve ever met

Pinn: I’ve broken the door to the studio more than once. sometimes rou is deaf to his own creations. it drives me fucking mad when I hear a great track that his made and he’ll choose not to use it in the end because he doesn’t like it. 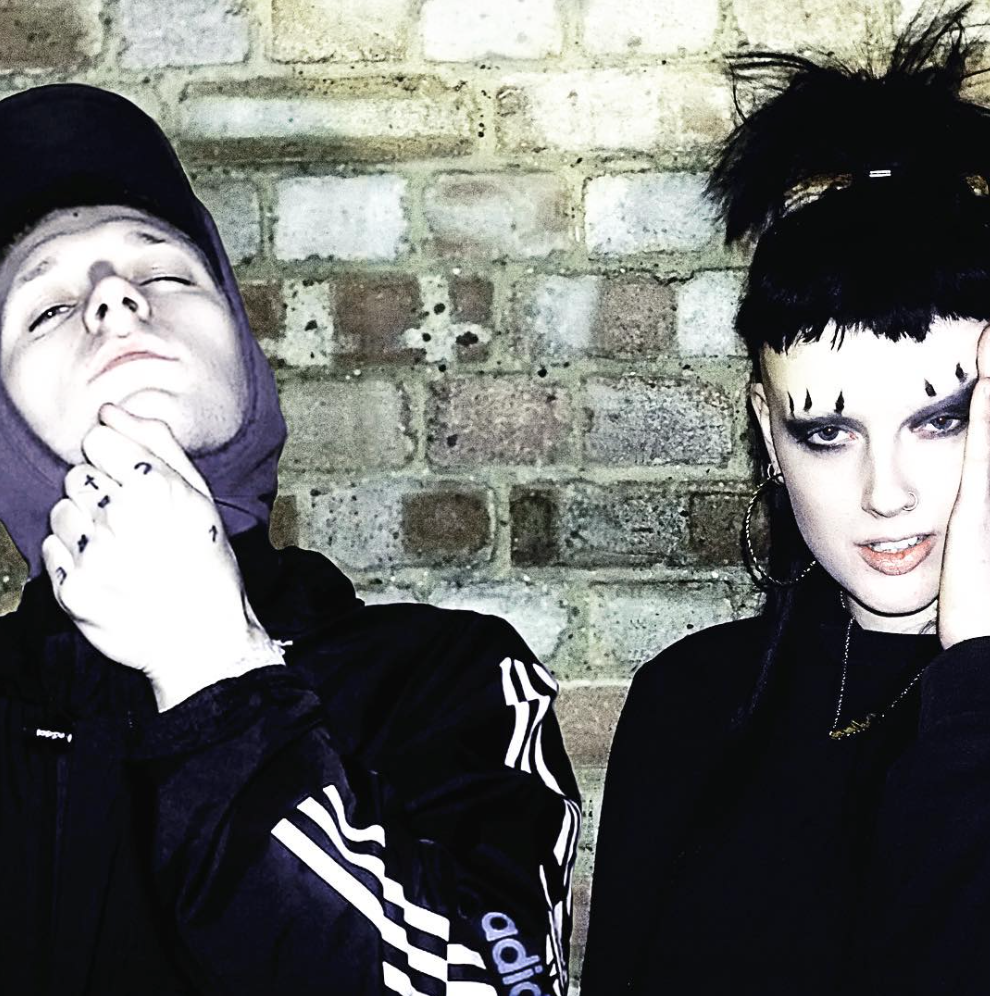 How would you define your music style in 3 words?

How does making new tracks come about?

Rou: It’s always different but I write every day and when I come up with a sound I like, Sadie gets on the mic and we record stuff. sometimes those vocals can inspire a whole new track and things evolve. lost was made like that.

Where and how do you record the music?

Pinn: to name a few, we’ve written tracks in garages, railway arches, office blocks, garden sheds and a law students uni room, that one was fun!

Rou: Wherever we are at the time. Our first ep was made when we we’re homeless, each track in a different environment. We haven’t stayed anywhere that’s not illegal for 6 years so basically all tracks are made in squats. 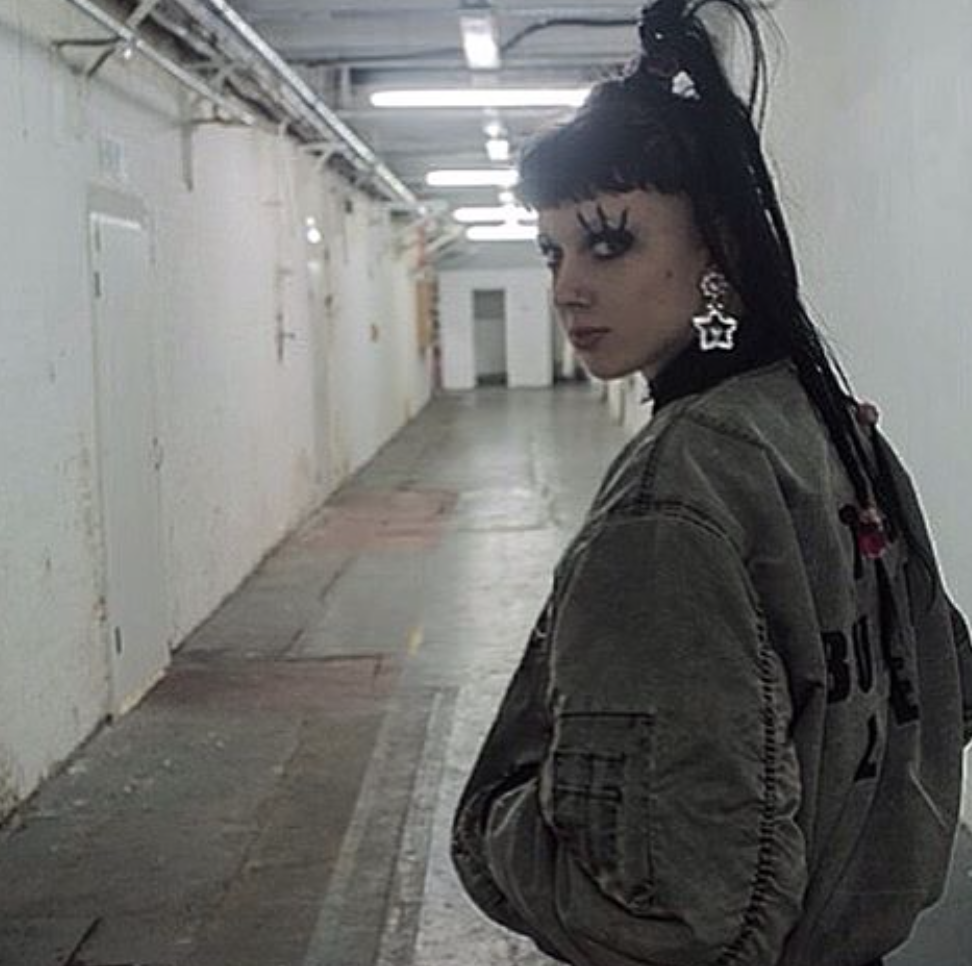 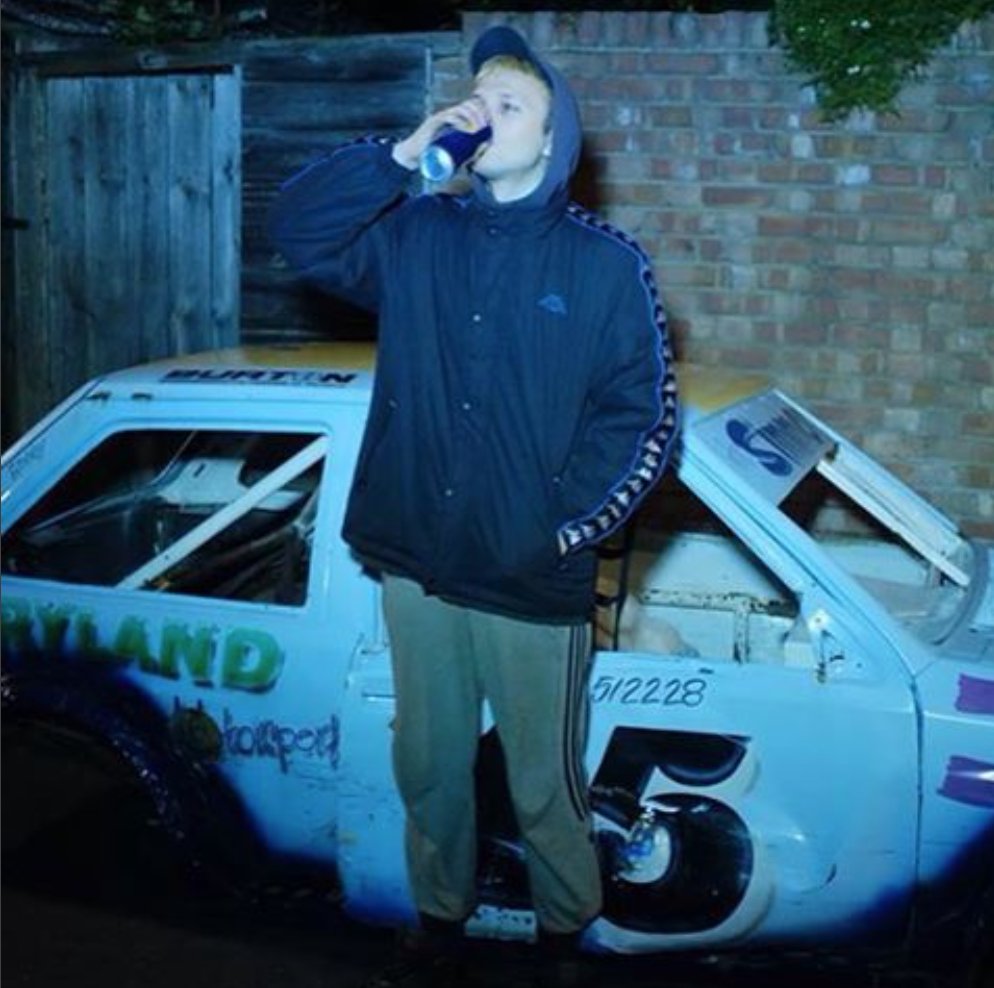 Crim3s is not signed to any label yet, is that something you are trying to do?

Rou: I guess we’re too ugly. We never tried to get signed. this time we might try sending our new tracks to some labels. it would be nice to be taken seriously. we have always been so limited and have big ideas that we can’t pull off without some help.

Pinn: The music industry seems to be too focused on pop/poop music.

Rou: Only just recently got onto Instagram. we haven’t even set up a CRIM3S one properly. should probably get on with that! I find social media distracting, but I really appreciate being to be able to interact with the people that listen to us and get to see their lives in pictures too. its healthy to be connected to equally not-normal people all across the planet. 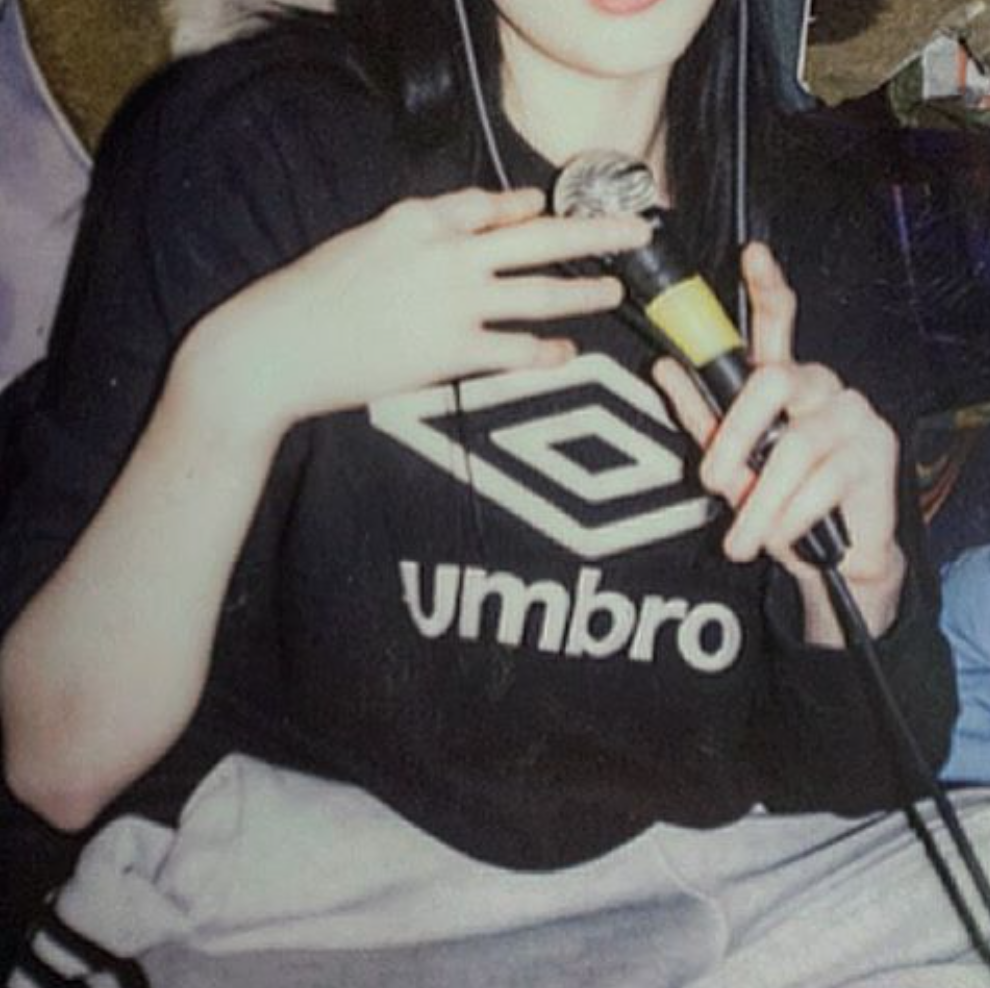 What does an average week in the life of crim3s look like? 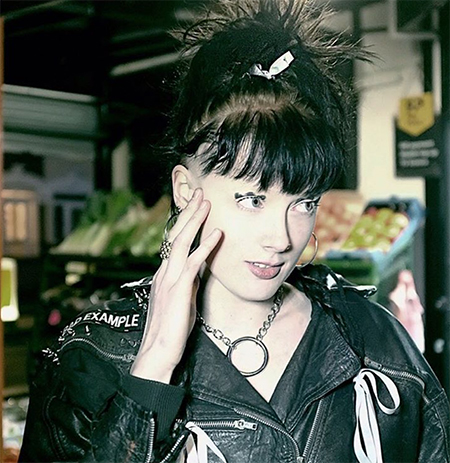 The both of you have quite a distinctive fashion style, where does this come from?

Rou: Our style and our music has always been a reflection of our struggle and our background and the environments that we’ve lived in. we talk with our clothes and photography as much as our music. id love to buy new stuff though I’ve worn the same clothes since 2011

Pinn: I’ve grown up and moved around endless council estates, these are the clothes we all wear. I’ve always loved and felt I could relate with the punks and the skinheads (who also stemmed from working class culture) with their daring and rebellious fuck you type style. CRIM3S style is our interpretation of these elements. we paint shit on the back of our bomber jackets as a direct message to inspire those that we pass everyday in the street. words of encouragement if you like. 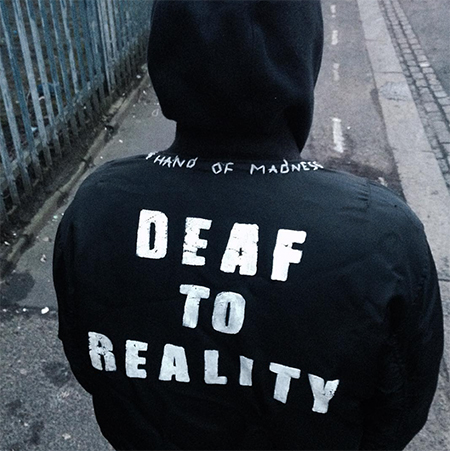 Do you have life mottos?
stay ugly 😉

Finally, what can we expect from crim3s in the future?
EP 3 on its way.. unless we get signed then it might get delayed a bit! 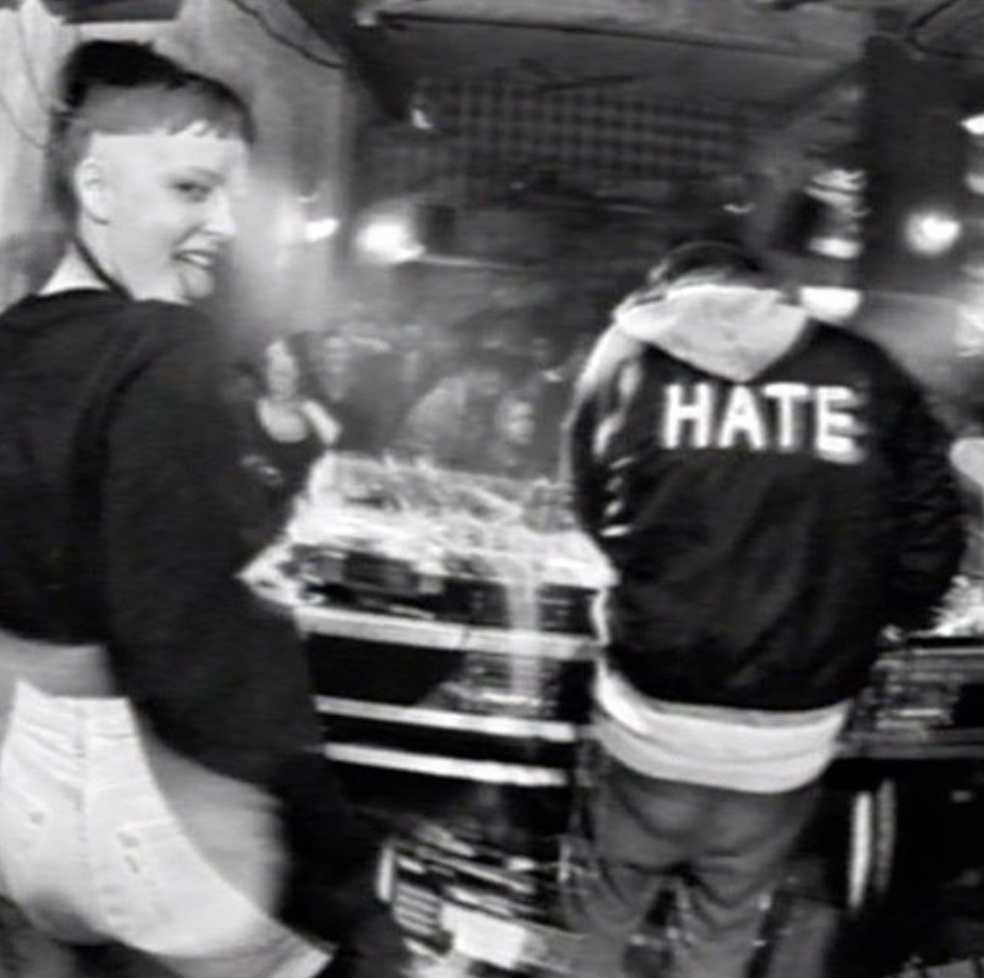 Listening to your after party playlist, what kind of an atmosphere should we imagine?

Rou: We just took you to a rave, knowing me and Sadie some crazy shit went down and we just escaped the police. Now we’re back at the warehouse, it’s 5am mellow time and we’re all drinking tinnies and sharing tracks.