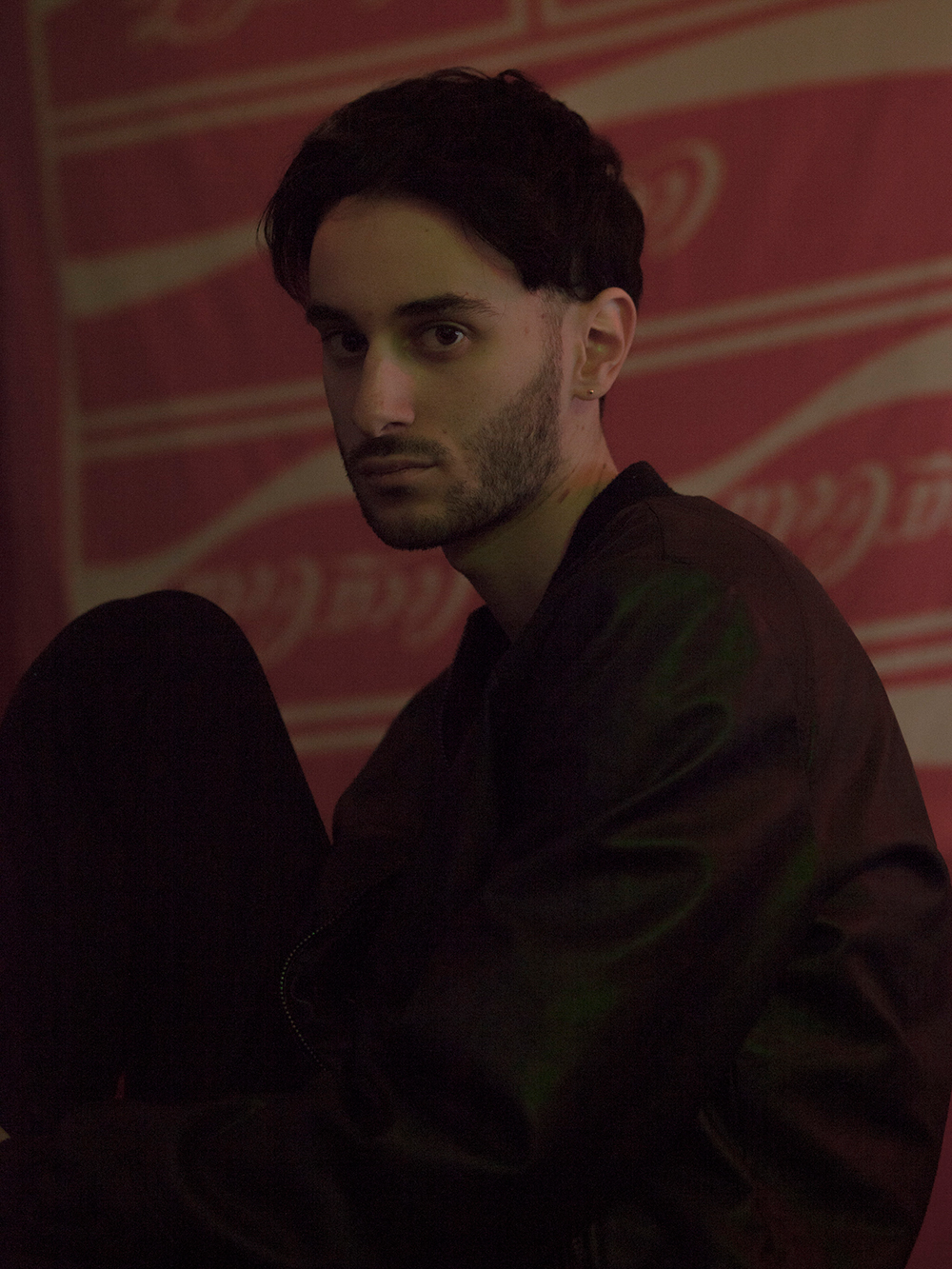 EXCLUSIVE ALBUM PREMIERE: SEARCH YIU WITH HIS DEBUT “RIDE ON”

Listening to Search Yiu‘s music makes you dive into a different world. A dark world filled with deep bass, melancholic synths, melodic guitars and emotional lyrics – only lighten by the blue glow of a computer screen. It’s an internet inspired mix of R’n’B, Hip Hop and Ambient that goes under the surface, straight into brain and heart without ever being predictable. Search Yiu is one of those super talented Landau kids (Sizarr, Drangsal) who left their small town to conquer Berlin. After having released the EP “Drugs I Did” last summer, the 25-year-old was working on his sophomore “Ride On” that we proudly premiere today.

What story do you want to tell with “Ride On”?

Is there a certain song that was especially hard to write?

“MTVboy” – it came to life when I went through a long phase that was emotionally tough for me, but also the song “Combat”. It’s about my first sleep paralysis that scared and confused me a lot. The song is inspired by the hallucinations I’ve experienced.

When writing songs do you first think about the lyrics or the music?

Most of the time I already have an idea for the melody. Of course, the lyrics are important, but as my English vocabulary is limited I would never say that my texts are genius! I was thinking about singing in German – on my first song on the album I sing some lines in German – but I think the language doesn’t quite match my music. As soon as there’s R’n’B involved German can easily sound too cheesy. However I think it’s all about the overall picture of instrumentals and and lyrics to create a good song. 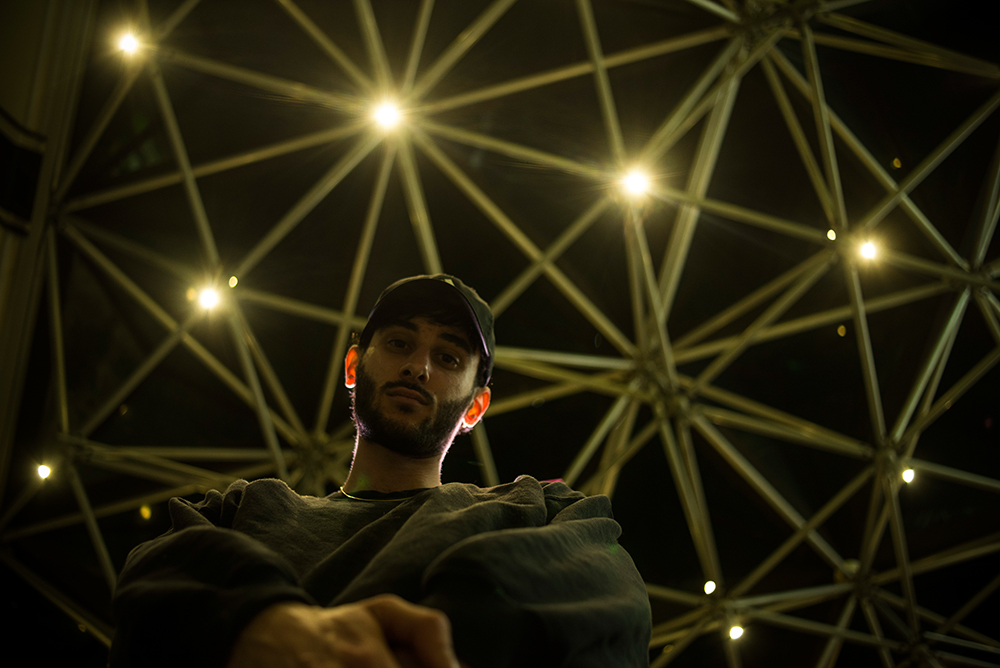 It should make you feel something, maybe even bad things – it’s still an effect.

Drangsal and Doomhound are also featured on your album, what’s your relation to the two?

Doomhound is the new project of Phillip from the band Sizarr. We grew up together in a small town, Landau. Thanks to the Sizarr guys I’ve met Max, the singer of Drangsal, about three years ago. Ever since we share a flat and make a lot of music together.

What does your music tell about you?

I don’t know what and how much my music reveals and if I’m always able to verbalize my thoughts in the way I want to. I just wanna be myself…it’s probably easier to answer the question if you don’t know me. 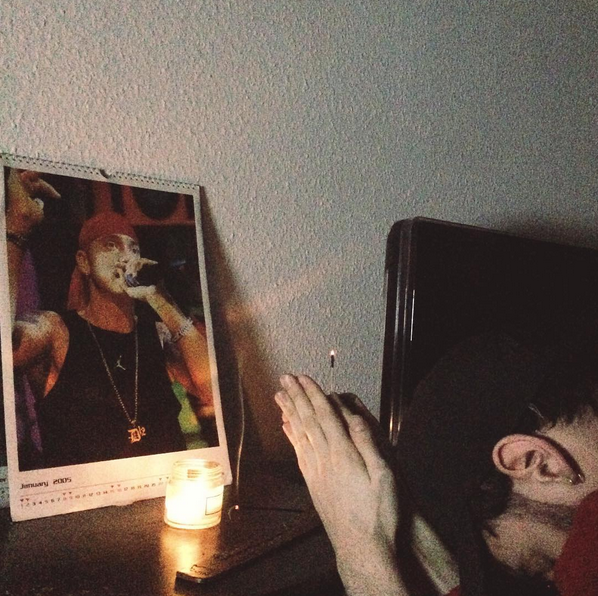 What’s your obsession with Eminem?

When I was younger I was only listenening to Eminem, G-Unit and 50 Cent. I even started making Hip Hop beats back then because I wanted to become a producer. It was all about Rap and R’n’B – and still is. I love Bounce.

In what way did your small town youth influence your work?

In Landau there wasn’t much going on… however the ideas for songs normally come to my mind when I’m at home, so it doesn’t really matter if I lived in Landau, Leipzig or Berlin. I’m mostly influenced by the music I’m listening to – and that’s from the internet. I don’t think that anybody could say he isn’t influenced by the internet.

And what song did you stop listening to because it reminds you of too many bad memories?

None, I keep on listening even though there might come bad memories. 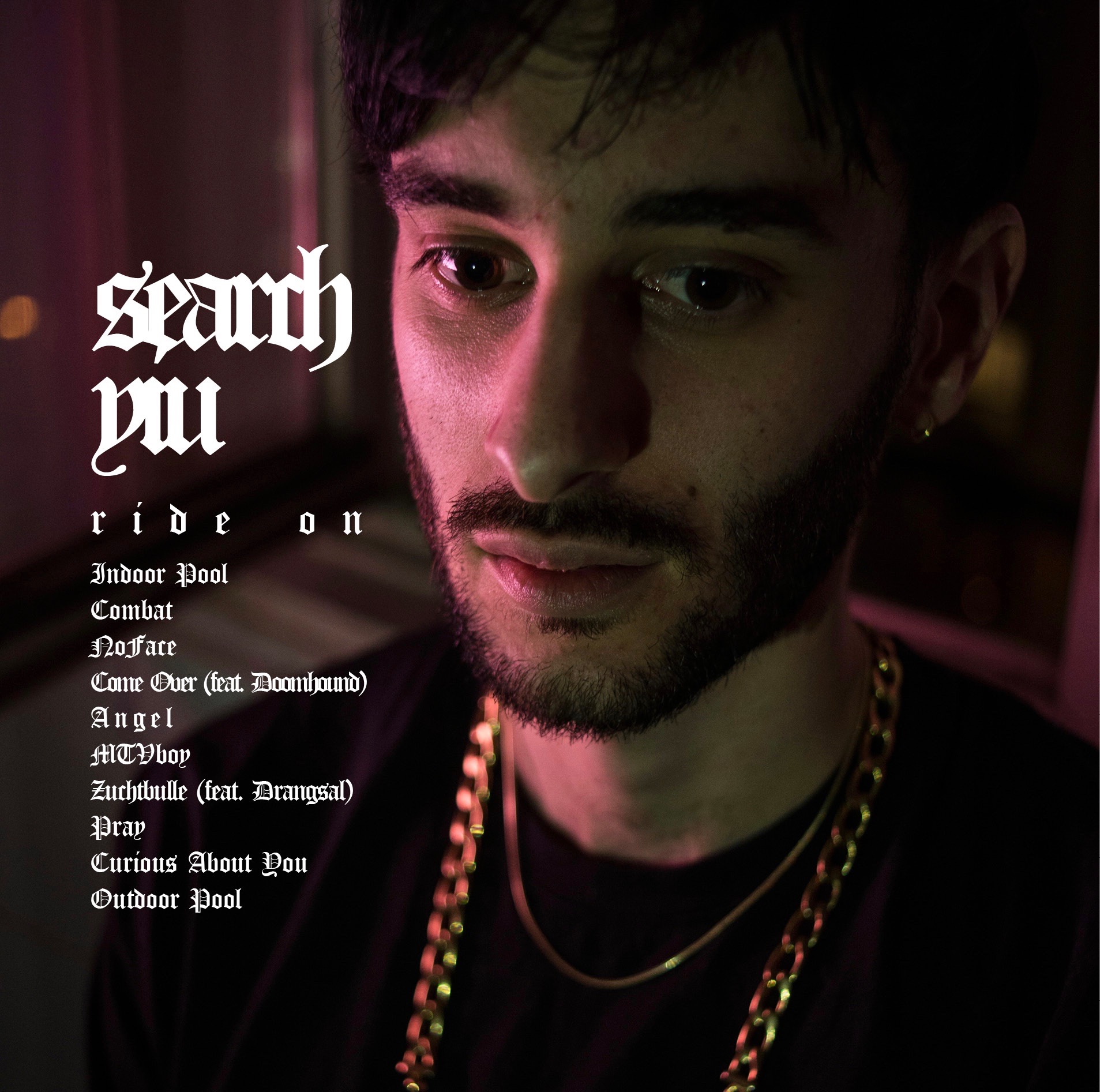 Listen to Search Yiu’s album “Ride On” (written and produced with Tim Roth aka Kalk Raus):