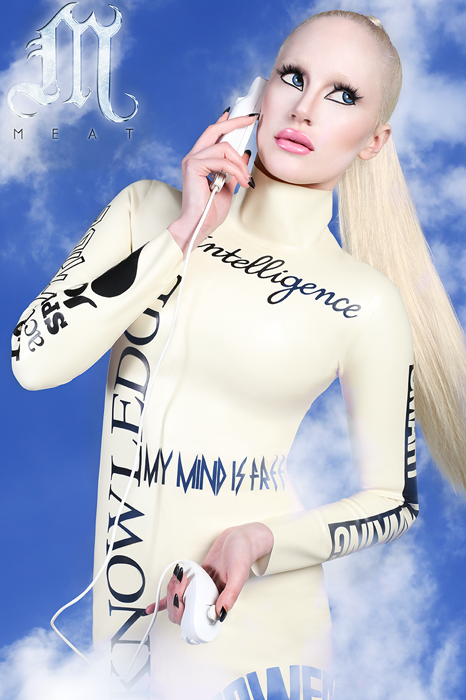 Even though Miley Cyrus, Brooke Candy and Azealia Banks aren’t fetishists as far as we know, all of them love wearing pieces by MEAT Clothing – a fashion brand that uses Latex only. Launched just a few years ago in the underground scene of London, the clothes of designer Bo Claridge and photographer Alis Pelleschi have already been hyped by high class fashion magazines and sold by international concept stores. While taking the material away from the SM scene and into other contexts of style, Claridge and Pelleschi overcome clichés that have been lasting forever. Inspired by the 90s and 00s, they translate aesthetics of racing, rave and chav culture into their designs, using a lot of transparency, color blocking and elements such as large-scaled typography and tribals. One thing is for sure: MEAT Clothing is a brand for brave chicks and dudes, that know what’s gonna be trend tomorrow – just like the designers Bo Claridge and Alis Pelleschi do. 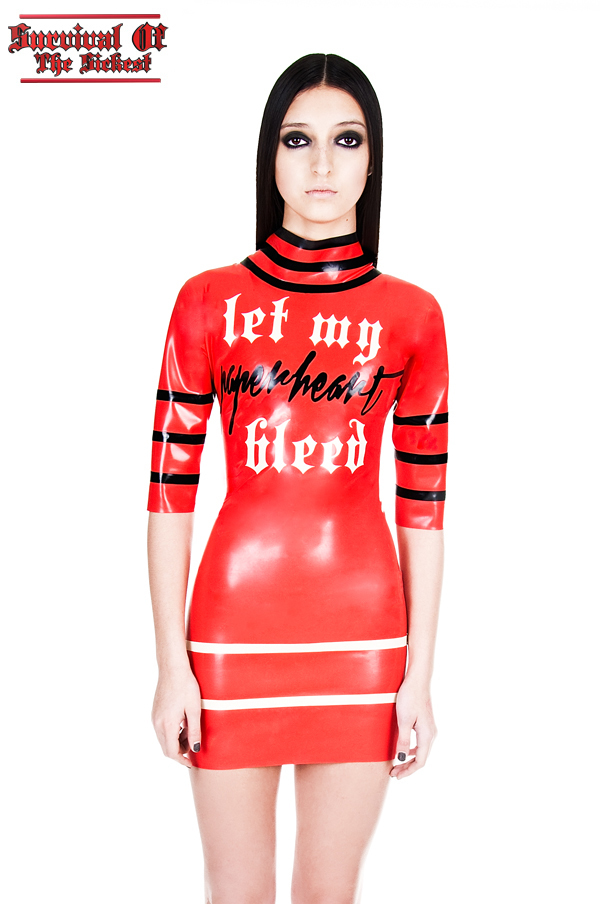 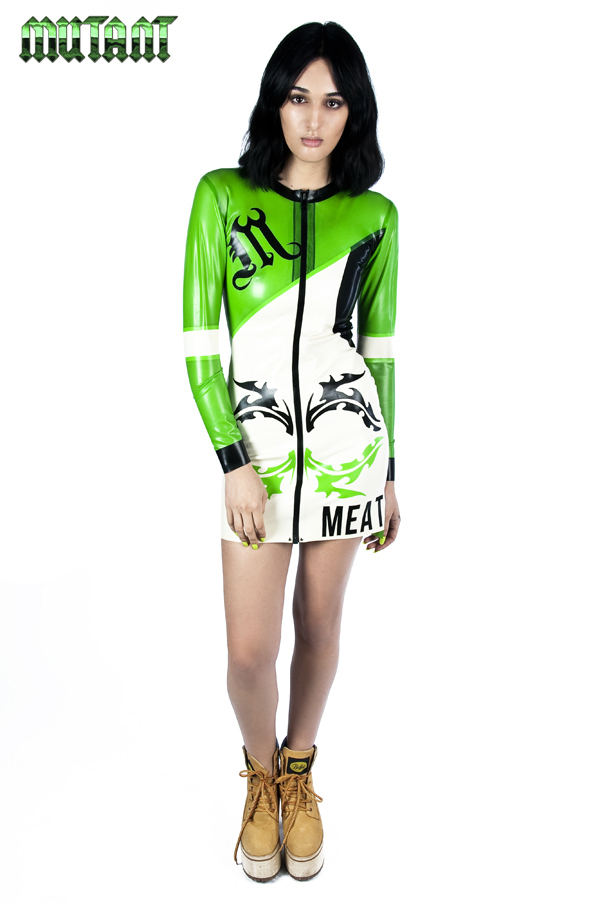 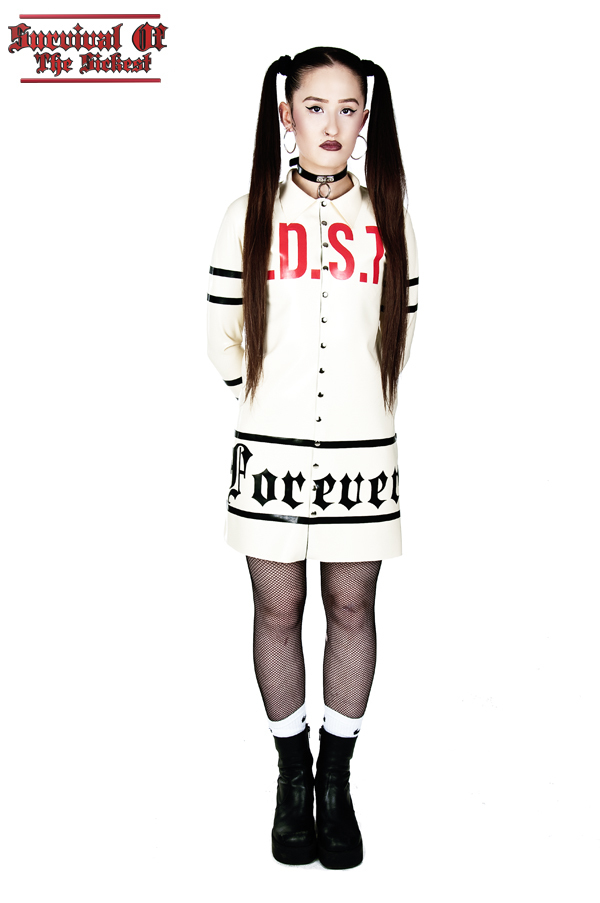 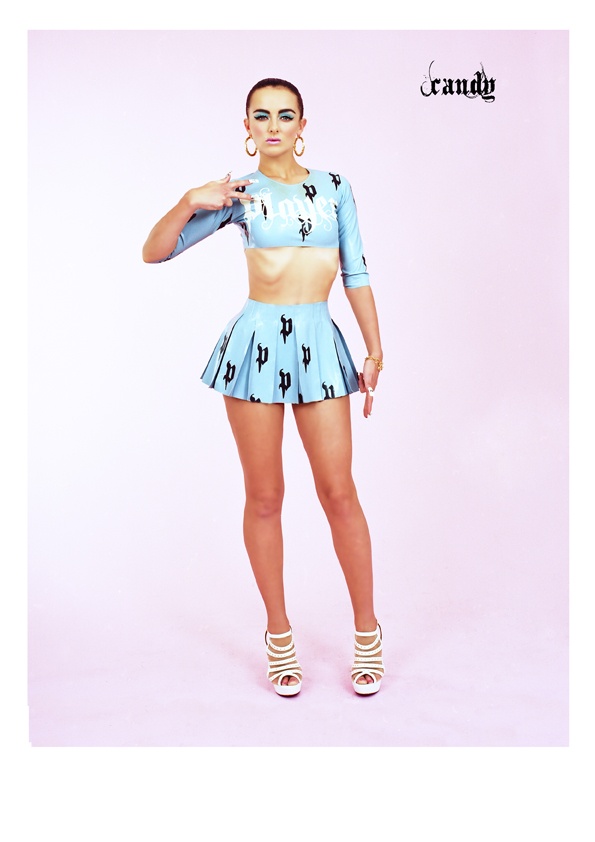 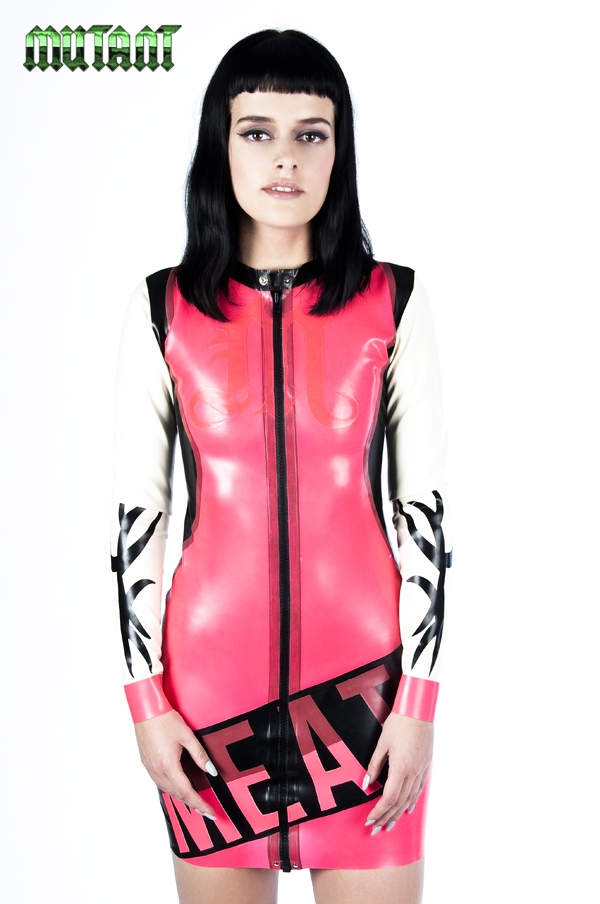 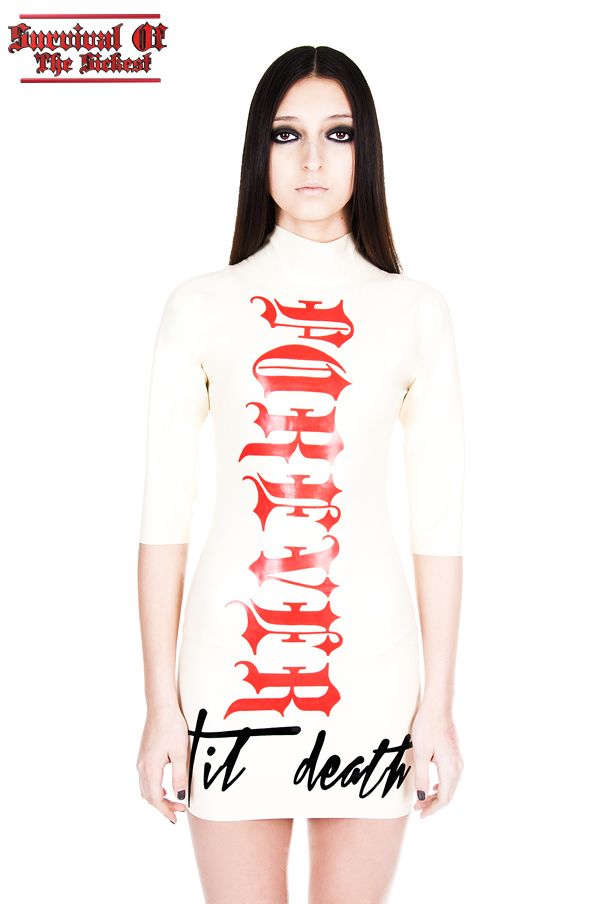 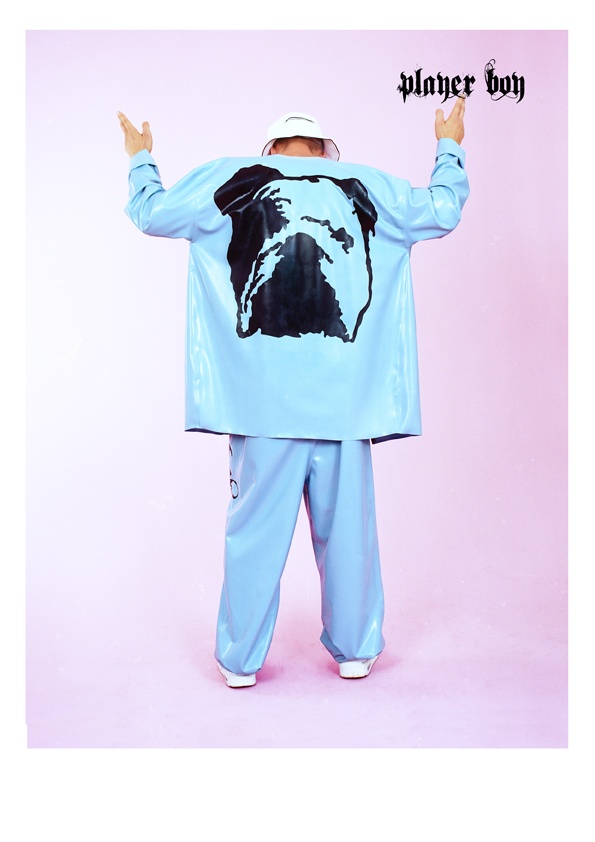