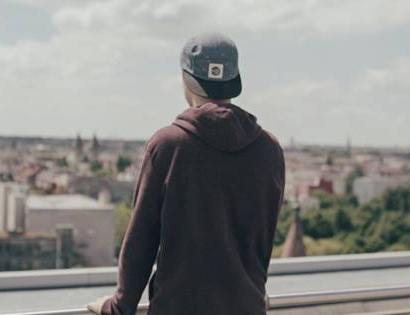 Nugat’s sounds are addictive. His laid-back songs have the power to make us smile, dance or relaxed. Since the German producer released his first EP Beats x Beer x Green we found our daily dose of sick tunes. Summer feelings set to music. The seventeen-year-old is one of those super talented jailbaits who are changing the rules of the music game. Who don’t give a fuck about the stuff others do ’cause why?!

The student doesn’t want to be in the centre of attention. He just sporadically shows his face and doesn’t really speak about his origins. However he doesn’t do it to create a myth about his person but to let his music do the talking. Nonetheless we pumped Nugat for information:

Now that you know almost everything about the super talented producer we’re proud to present his latest video ‘Love Sensation’! Let’s walk around the streets of Berlin with that great soundtrack in our ears. Enjoy!